BJP, JDU can easily form government in Bihar, here is how; understand the partywise number game

The number game suggests that if JDU and BJP agree to join hands they can easily form a government in Bihar. 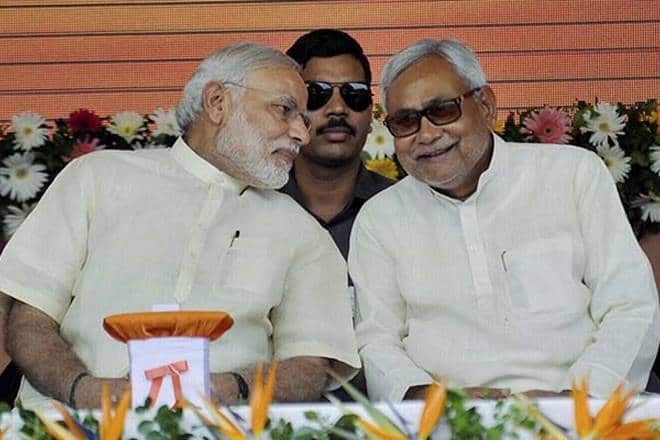 Asked if he will now form a government with BJP's support, Nitish said,"Whatever had to happen has happened. Now see what happens next."

After Bihar Chief Minister Nitish Kumar resigned on Wednesday citing irreconcilable differences with ally RJD on the issue of corruption charges against his deputy Tejashwi Yadav, political circles are abuzz with the question – Who will form next government? In this scenario, speculations are on that Nitish may go with BJP to form a government as he did not rule out taking BJP’s support for forming a new government. Also, the BJP-JDU tie up speculation was fuelled after Prime Minister Narendra Modi hailed the resignation of Bihar Chief Minister Nitish Kumar, saying in doing so he has joined the fight against corruption. Immediately after Kumar announced his resignation, Modi
tweeted: “Congratulations! Mr Nitish Kumar for joining the fight against corruption.” “1.25 crore people are welcoming and supporting his honesty,” he said in a series of tweets. The number game suggests that if JDU and BJP agree to join hands, they can easily form a government in Bihar. Let’s understand the number game of Bihar assembly here and which party has what to support:-

– Bihar Assembly has 243 seats, majority mark is support of 122 MLAs

According to above numbers, if JDU, BJP goes or JDU joins hands with NDA – The alliance can easily get 122 mark and form goverment in the state.

The sudden development throws the politics of Bihar into chaos with no party having a majority in the 243-member Assembly.

Asked if he will now form a government with BJP’s support, Nitish said,”Whatever had to happen has happened. Now see what happens next.”

Kumar, who led the grand alliance that also included the Congress to a stunning victory, was sworn in on November 20, 2015.