Student unions had called for a 24-hour bandh across the state on Saturday demanding the urgent scrapping of the Agnipath scheme. RJD – the main opposition party in Bihar, along with the Left parties had backed the call for a bandh. 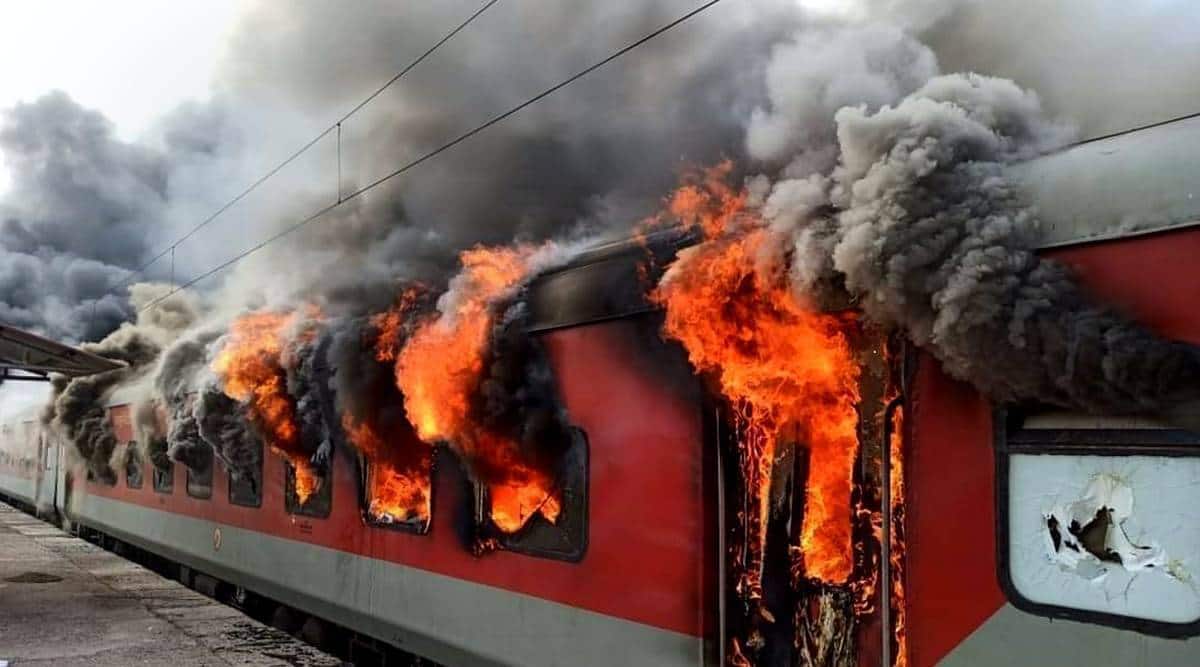 Bihar Agnipath violence: After violent protests gripped Bihar following the Centre’s announcement of the Agnipath defence recruitment scheme, the Bihar Police on Saturday said that they are investigating the alleged role of few coaching institutes behind the agitation that reportedly damaged railway property worth Rs 200 crore.

Student unions had called for a 24-hour bandh across the state on Saturday demanding the urgent scrapping of the Agnipath scheme. RJD – the main opposition party in Bihar, along with the Left parties had backed the call for a bandh. Taregana raliway station in the Patna district was set on fire on Saturday by bandh supporters.

After 46 were arrested for destroying public property at Danapur station, Patna District Magistrate Chandrashekhar Singh said that after further investigation, several WhatsApp messages and videos by coaching institutions were discovered from the phones of the arrested agitators, reported ANI. “We’re probing the role of coaching centres based on that content. Stringent action will be taken against coaching institutes if their involvement is established,” Singh was quoted as saying to ANI.

“Heavy deployment of police forces have been done at different places in Bihar. We appeal to all the students and their supporters to hold protests peacefully in the state. Strict action will be taken against those who turn the demonstrations violent,” the DM further told ANI.

Several students preparing for the Indian Army took to streets against the ‘Agnipath’ recruitment scheme aimed at hiring the youth aged between 17.5 years to 21 years for a span of 4 years, in a bid to lower the average age of the Indian military and cut down on the burgeoning government expenditure on pension to defence personnel in order to procure arms and ammunitions.