Battle for Gujarat: Congress on backfoot; here’s why BJP may retain upper hand in central Gujarat

Political analysts say the Congress appears on the backfoot this time after one of its senior tribal leaders from the region joined the BJP, which has a stronghold in urban areas where civic bodies, leaders and the network required to win the election are firmly with the saffron party. 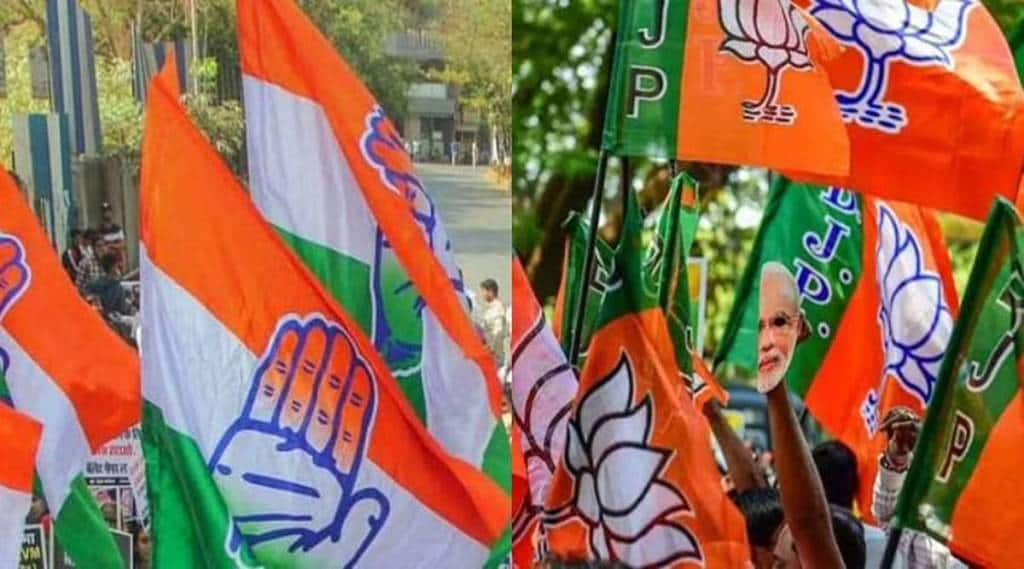 Political analysts say the Congress appears on the backfoot this time after one of its senior tribal leaders from the region joined the BJP. (Representational image: PTI)

The central Gujarat region, having 61 or nearly one-third of the total 182 Assembly seats in the state, provides a contrasting mix of tribal and highly urbanised areas across eight districts where the ruling Bharatiya Janata Party (BJP) gained a distinctive lead over the Congress in the 2017 elections. Political analysts say the Congress appears on the backfoot this time after one of its senior tribal leaders from the region joined the BJP, which has a stronghold in urban areas where civic bodies, leaders and the network required to win the election are firmly with the saffron party.

In the 2017 elections, the BJP won 37 seats and the Congress 22, while two seats went to independents in the central Gujarat region, where 10 seats are reserved for Scheduled Tribes (ST) and three for Scheduled Caste (SC) candidates. The BJP’s tally was propelled by its strong support in the urban areas of Ahmedabad and Vadodara which remain its stronghold, as well as parts of Kheda, Anand and the ST-dominated Panchmahal district, among others.

Also read| “If the country is not secure…”: Amit Shah on why national security remains a major issue in assembly elections

Out of the eight districts — Dahod, Panchmahal, Vadodara, Kheda, Mahisagar, Anand, Ahmedabad and Chota Udepur — that comprise the region, the Congress was hardly visible in four of them.In 2017, the BJP won in three out of four seats in Dahod district, four out of five in Panchmahal, eight out of ten in Vadodara, three out of seven in Kheda, one out of two in Mahisagar, two out of seven in Anand, one out of three in Chhota Udepur, and 15 out of 21 in Ahmedabad.

The performance of the opposition party in the ST-reserved seats was not very encouraging. It won five out of 10 such seats. Four other seats went to the BJP and one to an independent, which was later clinched by the BJP after its victory in a by-election necessitated by the death of the sitting MLA.This time, the Congress seems to be on the backfoot as one of its senior most leaders from tribal community, 10-time MLA Mohansinh Rathva, quit the party to join the BJP ahead of the Assembly elections scheduled on December 1 and 5.Rathva was the legislator from Chhota Udepur seat.

As far as the tribal seats are concerned, the results are difficult to predict, Amit Dholakia, the professor of political science at the Maharaja Sayajirao University of Baroda, told PTI.But, the exit of Rathva from the Congress will definitely leave an impact, he said.

“The BJP has made inroads in the region and emerged strong by winning quite a few seats in Mahisagar and Dahod, two tribal-dominated districts. So, in such seats both the parties have an equal chance, depending upon the organisational strength and the personal popularity of candidates,” Dholakia said. Mohansinh Rathva’s son Rajendrainsh Rathva, who is the BJP’s candidate from the tribal-reserved Chhota Udepur seat said in their region people give votes to certain leaders, irrespective of their party affiliation.

“A party’s votes remain in their place, but the votes are mainly given to candidates.There are some leaders who carry a leadership quality which is not affected by the party they join,” he said.”Mohansinh Rathva is one such leader who carried everyone together, irrespective of their party affiliation. He had established the Congress in the area through his personal leadership qualities. Now he is with the BJP, so people will vote for the BJP,” he claimed.

Political analyst Ravindra Trivedi said the Congress lacks a strong tribal face and hence appears on the backfoot in these tribal regions. “Its KHAM (Kshatriya, Harijan, Adivasi and Muslim) theory of the past lies scattered today, and the lack of a strong face is also driving the voters towards the BJP,” he claimed. When compared to the 2012 results, the central Gujarat region did not witness much change in the party-wise seat composition in 2017.

Due to the absence of Patidars, the region remained largely impervious to the anti-BJP ‘wave’ created by the community’s quota agitation led by Hardik Patel. Patel is now a BJP candidate from Viramgam seat which falls within the region. “Patidar is not a factor in the region because the community is largely absent there. The presence of the Scheduled Tribes community is significant, not only on the 10 reserved seats, but on some unreserved seats as well,” Trivedi said.

The urban factor also plays out strongly in favour of the BJP. Two highly urbanised districts of Ahmedabad and Vadodara as well as parts of Kheda, Anand and Panchmahals districts give a push the party needs to outnumber the Congress in the central Gujarat region.”The urban areas are the BJP’s stronghold and will continue to remain so. The municipal corporations, leaders, network and candidates needed to win the election are all firmly with the BJP,” Trivedi said.

He claimed the BJP looks poised to register a much better performance in the region compared to the last two elections. This is mainly as voters in certain seats held by the Congress look for a change of side so as to allow the party in power to bring in the development seen on seats held by it, he added.

“Most of the seats are attached to Ahmedabad and Vadodara. In Ahmedabad, there are three seats having electorate from the minority community. It is said the party that performs well in central Gujarat wins the whole Gujarat,” he said.When Prime Minister Narendra Modi contested his first Lok Sabha election, he chose Vadodara seat along with Varanasi (in Uttar Pradesh).

Vadodara, which is a highly urbanised area of the region along with Ahmedabad, is a stronghold of the BJP. Two seats in Vadodara district — Vaghodia and Dabhoi–which were held by the BJP but saw a rebellion after their sitting MLAs were not offered tickets may create trouble for the ruling party, Trivedi claimed.