Bandi Sanjay Kumar episode: What BJP really hopes to gain from the controversy in Telangana

Bandi Sanjay Kumar was arrested on January 2 in a late-night drama and was granted bail on January 5. 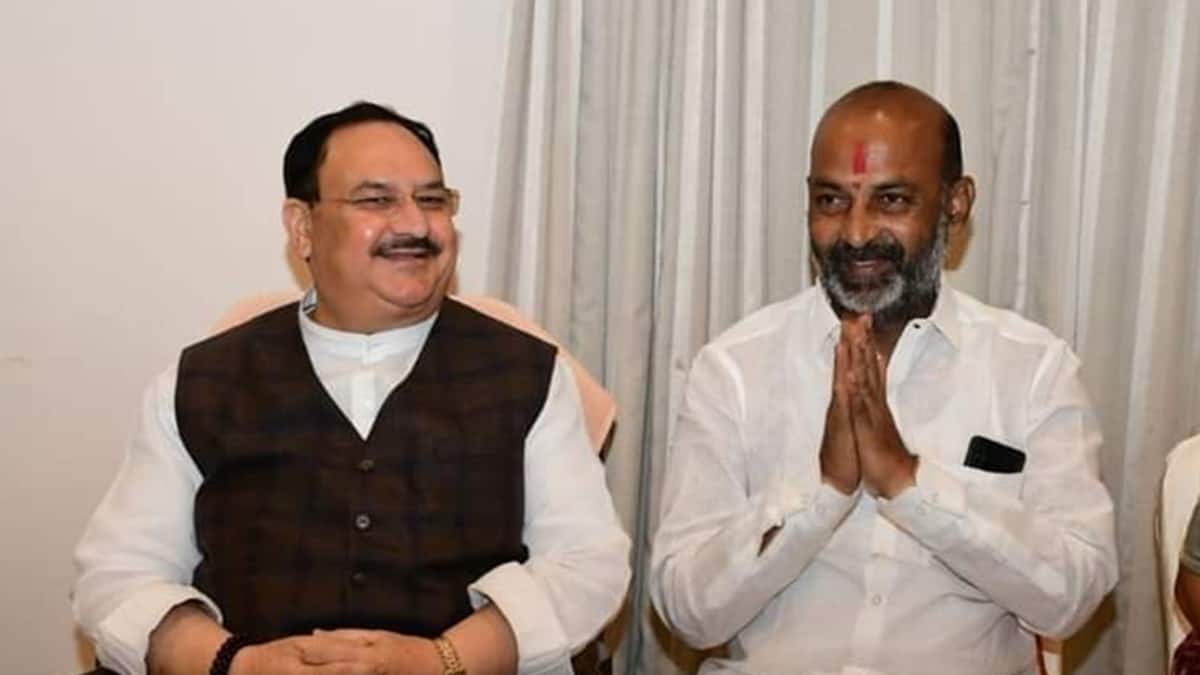 The drama over the recent arrest of Bharatiya Janata Party MP and its Telangana unit chief Bandi Sanjay Kumar for allegedly violating Covid-19 norms while protesting against a controversial order by the KCR government related to transfer/posting of teachers and employees in the state appears to have given a fresh lease of life to the saffron party in the state. In power in 17 states at present, the BJP is constantly working to make inroads in southern states where its presence is negligible, barring Karnataka. Telangana, which has been ruled by the Telangana Rashtra Samithi since inception, is the latest in the list of states where a definite push by the BJP to expand its footprints is visible. The BJP, which has just three seats in the state assembly, got a fresh lease of life when it won the Huzurabad assembly bypoll defeating the ruling TRS. The midnight arrest of its state unit president only provides the BJP the legroom it needs.

Bandi was arrested on January 2 in a late-night drama and was granted bail on January 5. This gave the BJP the much-desired ammunition as it rushed its top leaders to the state to back Bandi. BJP national president JP Nadda, who reached Hyderabad, called the BJP’s fight a ‘dharam-yuddh’ while alleging that CM KCR has lost his mental balance. Nadda’s visit was followed by Union Minister of State for Chemicals and Fertilisers Bhagwanth Khuba, Madhya Pradesh Chief Minister Shivraj Singh Chouhan, Assam CM Himanta Biswa Sarma and former Chhattisgarh CM Raman Singh.

While there are almost two years left for the Telangana Assembly elections, the bypoll win has given the BJP the firepower to launch its ground-laying efforts. In the words of Dr Chalamalla Venkateshwarlu, Assistant Professor, Department of Political Science, Osmania University, Sanjay Bandi’s arrest has allowed the BJP to galvanize the OBC vote bank which is about 56 per cent of the state’s population.

“The BJP is bound to benefit from all this. The party is trying to do social engineering in Telangana. If you see, there are very few OBC leaders in the TRS while they form around 56 per cent of the state’s population. Bandi Sanjay also belongs to the Munnuru Kapu OBC community. Arvind Dharmapuri (Nizamabad MP) also belongs to the same community. Vijayashanti, Eatala Rajender (Huzurabad MLA), Swamy Goud and Dr K Laxman also belong to the OBC. These leaders are mobilizing and galvanizing the OBC community in Telangana,” said Dr Venkateshwarlu.

He said that besides its traditional Hindu politics, the BJP is focussing on SC/ST seats. There are 19 reserved legislative seats in Telangana and the BJP has formed a committee on January 17 to formulate the winning strategy for these seats.

“What is noteworthy is that the small number of OBC leaders presents a possibility of social engineering in the state. So, with the BJP having an OBC prime minister, it will be easier for the saffron party to capture the state’s power politics. In the erstwhile Andhra Pradesh, the politics were dominated by Reddys and Kammas. Reddy, Kamma and Velama together constitute 10 per cent of the state’s population. The Velamas (1.5 per cent) are leading the TRS and CM KCR comes from the same community. Their community is very much involved in bureaucracy and power politics. So, there is a chance for the BJP to emerge as a political alternative to the TRS by playing the OBC card,” he said.

Dr Venkateshwarlu said that Bandi Sanjay’s arrest has given a boost to the BJP and TRS may now find it difficult to control the Karimnagar MP. He said that the BJP workers are already actively working in some pockets of towns and districts to galvanize on this opportunity and consolidate the OBC vote bank in its favour.

While there is no doubt that Bandi Sanjay’s arrest gave the BJP a chance to increase visibility and hit even national headlines, Dr Y Prabhanjan, Assistant Professor, Department of Mass Communication, Telangana University, opined that the move may not help the BJP with OBC votes. “Both TRS and the BJP are equally bluffing the people. Bandi Sanjay is only making tall statements and doing nothing in reality. The BJP is not going to get any help from the people of Telangana as it did not keep the promises made before,” he said.

“The people are aware of the BJP’s failure in tackling unemployment and the Central government’s move to privatize public sectors. Similarly, TRS made false promises. KCR had promised to make a Dalit chief minister of Telangana but did not do that. Arresting Bandi Sanjay Kumar was against the democratic principle and constitutional rights. Bandi Sanjay had made a statement against KCR saying that the BJP will send the current CM to jail if it forms a government in the state. This prompted KCR to act against him,” said Dr Prabhanjan.

Dr Prabhanjan said that had the BJP worried about the OBCs, it would have implemented the recommendations of the Mandal commission. He claimed that appointing some OBC MPs as ministers doesn’t help the whole community. “The people may support the BJP if it goes for the caste-based census. The BJP is not giving a positive signal to the OBC community as it is neither introducing reservations for legislatures nor going for the caste census. Thus, the OBC people do not trust the BJP. While the BJP is putting OBC leaders like Bandi Sanjay Kumar, Eatala Rajender or Swamy Goud forward, the driving principle behind the BJP is Brahminism,” he said while claiming that there is a leadership gap for the OBC community and there is an opportunity for other parties to bridge this gap.

While the bypoll win cannot be a barometer for the 2023 assembly polls, the BJP has made inroads in the hinterlands as well as in urban pockets of Telangana post its 2018 poll debacle when it had won just one seat. It won four Lok Sabha seats in 2019 and then won Dubbak and Huzurabad assembly bypolls, dealing a major setback to the TRS as both seats were considered strongholds of the ruling party. The BJP also managed to do well in the Greater Hyderabad Municipal Corporation polls. But, as experts point out, getting itself in a position to win the elections will be a tall ask unless the Modi government manages to offer something to the OBC community that could take the wind out of the TRS campaign.