Reliance Industries Chairman Mukesh Ambani today joined issue with those opposing the ban on Pakistan artistes in India, saying the nation should come first and not arts and culture. 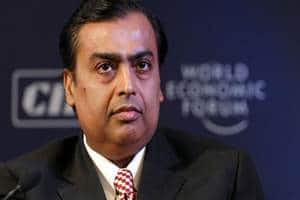 Reliance Industries Chairman Mukesh Ambani today joined issue with those opposing the ban on Pakistan artistes in India, saying the nation should come first and not arts and culture.

“I am absolutely clear about one thing – that for me it is always country first. I am not an intellectual so I don’t understand all these. But undoubtedly like for all Indians, India is first for me,” Ambani said here tonight.

The billionaire businessman was answering questions from the audience on ban on Pakistan actors and other artistes at the ‘Off the Cuff’ show organised by The Print, a digital media outfit owned by senior journalists Shekhar Gupta and Barkha Dutt.

Asked whether he will join politics, Ambani replied in the negative, saying “I am not made for politics.”

The statement from the richest Indian, a known movie buff, comes amid criticism from some quarters of the demand for a ban on Pakistan actors in the wake of Uri terror attack, blamed on the militants operating from the neighbouring country.

Tension between the two nations escalated after the September 18 terror attack on an Army camp in Uri, Jammu and Kashmir, which killed 19 soldiers, and the September 28-29 surgical strikes by the Army’s Special Forces on terror launch pads in the PoK.

The latest victim of this heightened tension has been the decision of the organisers of the Mumbai International Film Festival to drop Pakistani film “Jago Hua Savera” in its retrospective section amid threats of protests at its screening.

The move comes after a city-based organisation, Sangharsh, threatened to stage protests at the screening of the movie made in 1958.

Meanwhile, Raj Thackeray’s Maharashtra Navnirman Sena today threatened to intensify its opposition to Karan Johar’s soon-to-be-released film “Ae Dil Hai Mushkil” as it features Pakistani actor Fawad Khan, and issued a veiled threat of vandalism to the multiplexes if they screened it.