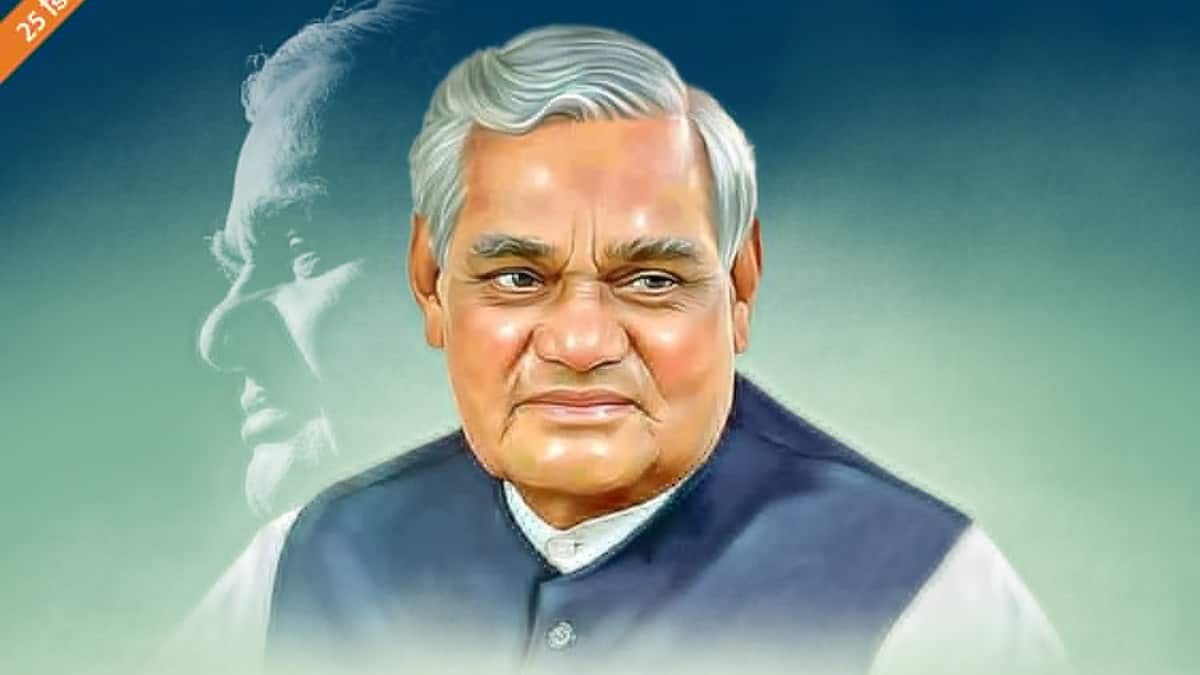 Today is former Prime Minister and BJP stalwart Atal Bihari Vajpayee’s 97th birth anniversary. Born in Gwalior in 1924, Vajpayee was the face of the BJP for decades and was the first non-Congress prime minister to have served a full term in office. On this occasion, political leaders across party lines paid their tribute to him. Paying his tribute to Vajpayee, Prime Minister Narendra Modi said, “Remembering Atal Ji on his Jayanti. We are inspired by his rich service to the nation. He devoted his life towards making India strong and developed. His development initiatives positively impacted millions of Indians.”

Vice President M Venkaiah Naidu said, “Today is the birthday of revered Atal ji, the nation remembers his birthday as Good Governance Day. Atal ji was the pioneer of the communication and road connectivity revolution in the country. Good governance is to make administration meaningful, accessible and accessible to the general public at the local level. To connect the villages with the mainstream of development, the purpose of good governance is to bring the administration to the villages in the language of the common people.”

Former PM and JDS leader HD Devegowda said, “Respectful tributes to former Prime Minister Sri Atal Bihari Vajpayee on his 97th birth anniversary. He was a statesman and a dear friend. His contributions to modern India will always be remembered.”

Uttar Pradesh Chief Minister Yogi Adityanath on Friday paid tributes to former prime minister Atal Bihari Vajpayee on his birth anniversary. “A strong flag bearer of the excellent traditions of Indian democracy, a visionary, a brilliant speaker, a great statesman, the father figure of the BJP, I bow to ‘Bharat Ratna’ Atal Bihari Vajpayee ji on his birth anniversary. Your sage-like life is an inspiration for all of us,” said CM Adityanath in Hindi.

Shiromani Akali Dal president Sukhbir Singh Badal said, “A reverent tribute to former PM Bharat Ratna Shri Atal Bihari Vajpayee Ji on his birth anniversary. Respected across party lines he was an accomplished leader and a great human being whose life and values will continue to inspire the masses.”