After six hours of effort, the fire brigade was able to douse the flames. 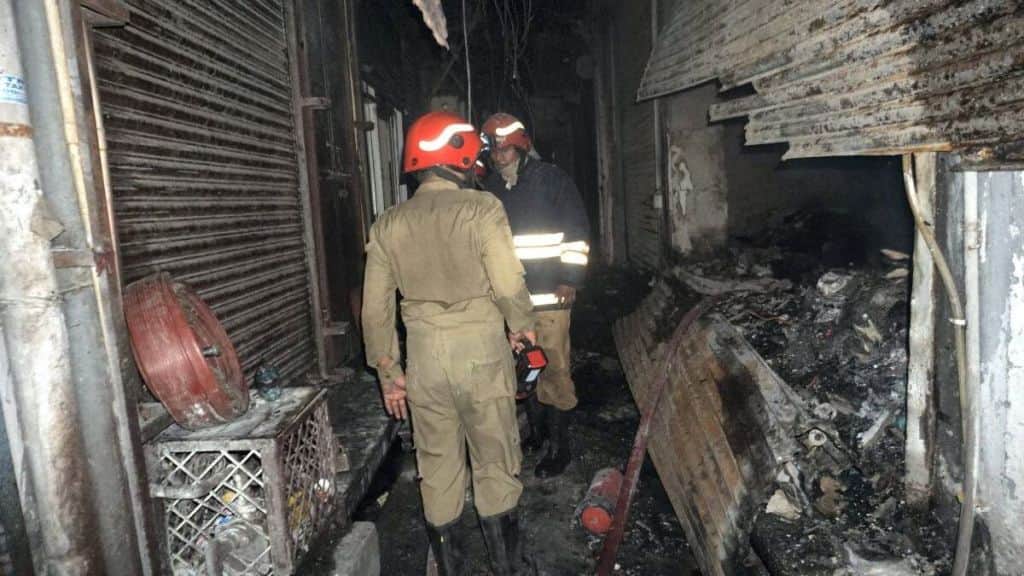 The reason behind the fire is still unknown but according to reports, a short circuit led to the fire. (Image: PTI)

A major fire broke out at Delhi’s Gandhi Nagar textile market on Wednesday evening, killing at least one person, reported ANI. The body of a 19-year-old employee was found on Thursday by a team of Delhi Fire Services (DFS) on the second floor of a four-storey shop. The deceased employee has been identified as Shahnawaz, according to the ANI report.

The fire broke out inside a shop in Gandhi Nagar market on Wednesday, and it soon spread to other shops. After six hours of effort, the fire brigade was able to douse the flames. “More than 150 personnel were deployed at the site and worked for hours to control the fire. Major challenges for us were the narrow lanes and the non-availability of water sources,” DFS Chief Atul Garg said, reported IE.

The IE report further quoted R Sathiyasundaram, DCP (Shahdara), saying, “One of the shop workers, Aftab, told us he had closed his employer’s shop at 5.15 pm and went for a walk with other workers. Ten minutes later, they came back and saw smoke coming out of the shop. He found that his brother Shahnawaz was inside the shop as he was screaming and knocking on the door. The men tried to break locks but the fire was rapidly spreading. When they managed to break the lock, he couldn’t find his brother.”

The reason behind the fire is still unknown but according to reports, a short circuit led to the fire. Delhi CM Arvind Kejriwal tweeted on Wednesday, “This incident of fire in the textile market of Gandhinagar is very unfortunate. The fire brigade is busy extinguishing the fire. I am taking all the information about the incident from the district administration. May Lord Shri Ram keep everyone well.” Further details are awaited.