The ruling TMC won 22 of the 42 parliamentary seats, 12 less than its 2014 tally of 34. The BJP, on the other hand, gained massively, winning 18 seats. Though the Left couldn’t open its account with Congress pocketing the remaining two seats, the party is hopeful that it will bounce back in the 2021 Assembly polls. 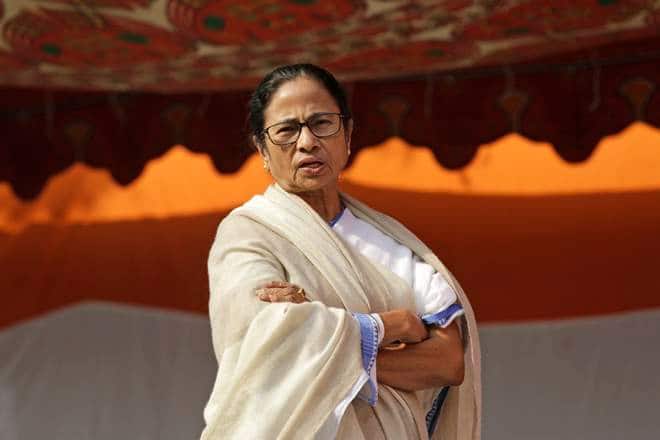 Mamata Banerjee's Trinamool Congress won 22 seats in the Lok Sabha elections 12 less than its 2014 tally of 34.

Sensing an opportunity in Trinamool Congress’ poor show in the Lok Sabha elections, the CPI(M) has swung into a revival mode, reopening its several offices across West Bengal locked since 2011 loss in the Assembly elections. According to a report in The Indian Express, CPI(M) workers have been seen over the last few days reopening tens of offices in districts like Alipurduar, Cooch Behar, Bankura, Purulia, Hooghly and North 24 Parganas.

CPI(M)’s South 24 Parganas district secretary Samik Lahiri told the newspaper that over 1,200 party offices were closed following 2011 drubbing and 30-35 such offices have been reopened recently. Lahiri confirmed that the decision to make these offices operational once again could become possible because of the TMC’s poor show in the Lok Sabha elections.

The ruling TMC won 22 of the 42 parliamentary seats, 12 less than its 2014 tally of 34. The BJP, on the other hand, gained massively, winning 18 seats. Though the Left couldn’t open its account with Congress pocketing the remaining two seats, the party is hopeful that it will bounce back in the 2021 Assembly polls.

“This (reopening offices) was possible since the TMC has weakened. Our workers are finding the courage to open them again,” Lahiri said.

Among areas where CPI(M) offices have been reopened are Dinhata in Coochbehar, Mahesh and Goghat in Hooghly, Duttapukur and Habra in North 24 Parganas. The IE report said that in Kumargram block of Alipurduar district, the BJP reportedly helped the CPI(M) in regaining its offices that were grabbed by the TMC following its 2011 win.

When Trinamool Congress of Mamata Banerjee came across the news, the party accused the BJP of helping the CPI(M). TMC leader and Natabari MLA Rabindranath Ghosh said that the CPI(M) was working hand in gloves with the BJP and even alleged that the saffron party grabbed some of TMC’s offices overnight.

“BJP-backed goons have grabbed our party offices in different areas of Cooch Behar. I personally went there and reclaimed some of them. People are with us,” he said.

Ghosh on Tuesday was seen visiting different areas in his constituency and was seen reclaiming party offices. According to TMC leaders, BJP workers gained overnight control of TMC’s offices in Deocharai Bazaar, Krishnapur, Sitai Bazaar in Cooch Behar. The BJP workers purportedly removed the TMC symbols and flags from offices.

“It is not happening in my area, but is happening in other places,” TMC MP from Kanthi Shisir Adhikari said, adding that the party will reclaim the offices.

The CPI(M) and BJP, however, rubbished the TMC’s claims.

CPI(M) central committee member and MLA Sujan Chakraborty said that the BJP didn’t help the party to reopen its offices. Chakraborty informed that 27 offices have been reopened in Cooch Behar district of which 18 were reopened during the Lok Sabha election and nine after the polls.

“The BJP did not help (us)…the offices could be opened because the TMC has lost ground here for various reasons,” Chakraborty said.

The BJP too denied helping the CPI(M) in West Bengal. BJP national secretary Rahul Sinha said that since democracy is returning to the state, opposition parties are now getting back their offices.

“The TMC grabbed offices of opposition parties after coming to power. Now the party’s very existence is in peril and democracy is returning in Bengal. In such a situation opposition parties are getting back their offices and are gathering the courage to reopen closed ones,” he said.