As chorus grows, will Modi bite the Caste Census bullet?

The caste data is not only sensitive but also politically crucial as it could help political parties identify electoral groups as per caste leanings. 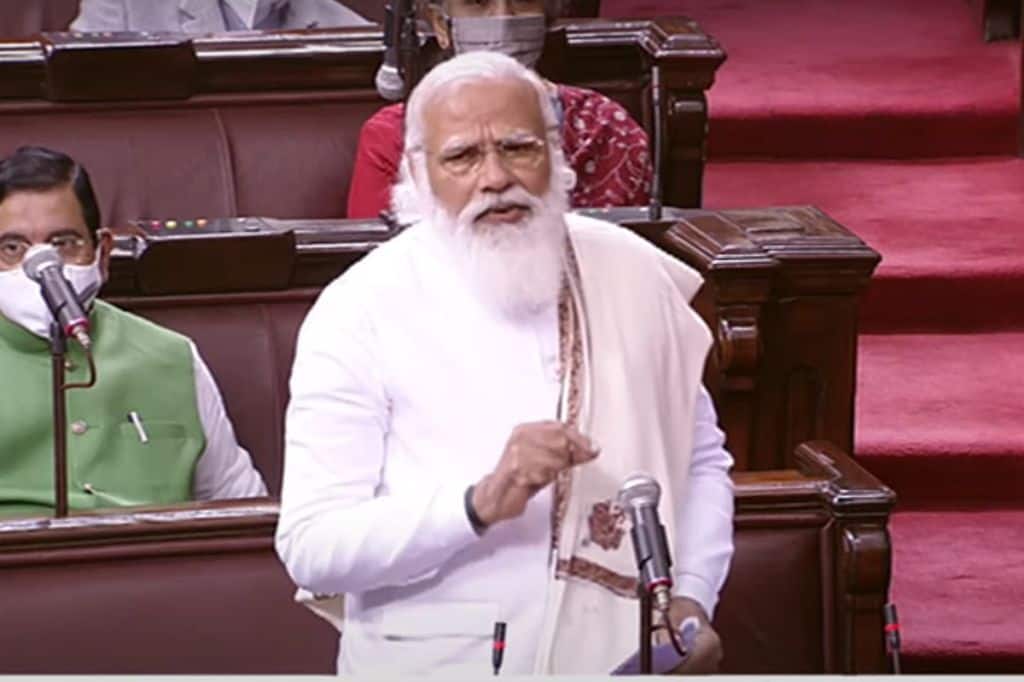 Ever since the BJP came to power in 2014, OBC politics has taken a centre stage with PM Modi often publicly flaunting his OBC status.

A determined delegation from Bihar consisting of Chief Minister Nitish Kumar and state Leader of Opposition Tejashwi Yadav met Prime Minister Narendra Modi in his South Block office in New Delhi late last month. On the agenda was a demand for a caste-based census for which the Bihar assembly had already passed unanimous resolutions twice and had sent it to the Centre.

Notably, Union Minister of State for Home Nityanand Rai had said in a written response to Parliament in July this year that the central government won’t be carrying out a caste census. Traditionally, the Census enumerates the castes and tribes mentioned under Scheduled Castes and Scheduled Tribes, leaving out the castes falling under the OBC category.

While governments over decades have been granting quotas to the SCs/STs in jobs, colleges and elections to give them equal representation and for their upliftment, reservation politics took a new turn when the then prime minister V.P. Singh-led government decided to implement the Mandal Commission recommendations and granted 27 per cent reservation to the OBCs in government jobs and seats in educational institutions, leading to a nationwide agitation. However, the Supreme Court of India had then ruled in the Indra Sawhney v Union Of India & Others case that total reservation shall not exceed 50 per cent.

In 2018, then home minister Rajnath Singh had said in Parliament that Other Backward Castes will be included in the 2021 Census. Rashtriya Janata Dal supremo Lalu Prasad Yadav recently claimed that former finance minister late Arun Jaitley had also promised to hold a caste-based census. In 2015, Jaitley had released Socio-Economic and Caste Census (SECC) 2011 data saying that the exercise was first since the 1932 caste census. While the data included the socio-economic status of the population, there was no trace for caste and it was withheld deliberately. Jaitley had earlier said that the census had thrown up around 4.6 million categories of castes, sub-castes, surnames, clans, etc.

The caste data is not only sensitive but also politically crucial as it could help political parties identify electoral groups as per caste leanings as well as support or oppose the caste-based reservation. The Central government has recently announced a 27 per cent quota for Other Backward Classes (OBC) and a 10 per cent reservation for economically weaker sections (EWC) candidates in the All India Quota (AIQ) in medical and dental courses. The OBC reservation is already in place for jobs in the country.

Ever since the BJP came to power in 2014, OBC politics has taken a centre stage with PM Modi often publicly flaunting his OBC status. The PM also used his caste inside Parliament to counter the opposition and during the recently concluded monsoon session, when the opposition did not allow the introduction of newly inducted ministers, PM Modi had said some people sitting in Parliament do not like Dalits, OBCs, women becoming ministers.

Speaking to FinancialExpress.com, senior Samajwadi Party leader and party spokesperson Rajeev Rai said that caste census is necessary to unmask the BJP. “Most of the policies, schemes of the government are framed around or based on the castes and religions. When the Prime Minister claimed that he had been humiliated because he belongs to a backward community, then the nation has the right to know who all come from the backward caste. This is not done when you keep talking about backward and forward castes and when people ask you, you refuse to tell. What is the problem that the government has with caste census?…Caste-system won’t end until everyone gets equal rights. Jiski jitani hissedari, uski utani bhagidari (equal share based on proportions). Not only politically, if we have clear data, clear reports about the problems, then we can think about better solutions. So, if you keep talking about an issue, either talk completely about it or drop it. This is the double-face of the BJP. I am from the upper caste and even I want to know where do I stand? One should ask the government why it wants to hide the caste data” said Rai.

Rai said that the BJP must be unmasked as it should give equal rights to every people when it does politics over castes. “No one should feel cheated. Every section of the society should get equal rights,” said Rai.

Rashtriya Janta Dal spokesperson and General Secretary Chitranjan Gagan echoed similar sentiments. “When we will have actual figures of the backward castes, their education, social and financial status, then we can make better policies for them accordingly and will help in framing policy. When Rajnath Singh was home minister, he had ensured us of caste census,” said Gagan.

He added that since the RSS has been opposed to the reservation, and the BJP is just like them, their policies in this regard is not clear.

Those supporting the caste-based census claim that it will help the weaker among the OBCs and also there would be more clarity over the percentage population of the OBC community. The Mandal Commission had estimated the OBC population at about 52 per cent. In the recent past, several communities across states have been demanding reservations including in Maharashtra, Haryana, Gujarat, Andhra Pradesh and Rajasthan.

While the BJP has not clarified the reason behind its reluctance, the party might be fearing that the data might trigger the demand of reservation from several communities while backlash from others based on numerical strength, as demanded by the Samajwadi Party. This may further hurt the party’s Hindutva agenda by disuniting the Hindu voters.

While the opposition may be vocal, the BJP might stick to its official line of not holding a caste-based census, at least not in 2021 when the nation is already facing the COVID-19 pandemic.