Three exit polls on Monday predicted a clear win for the AAP in the Municipal Corporation of Delhi (MCD) polls, with the BJP emerging a distant second. 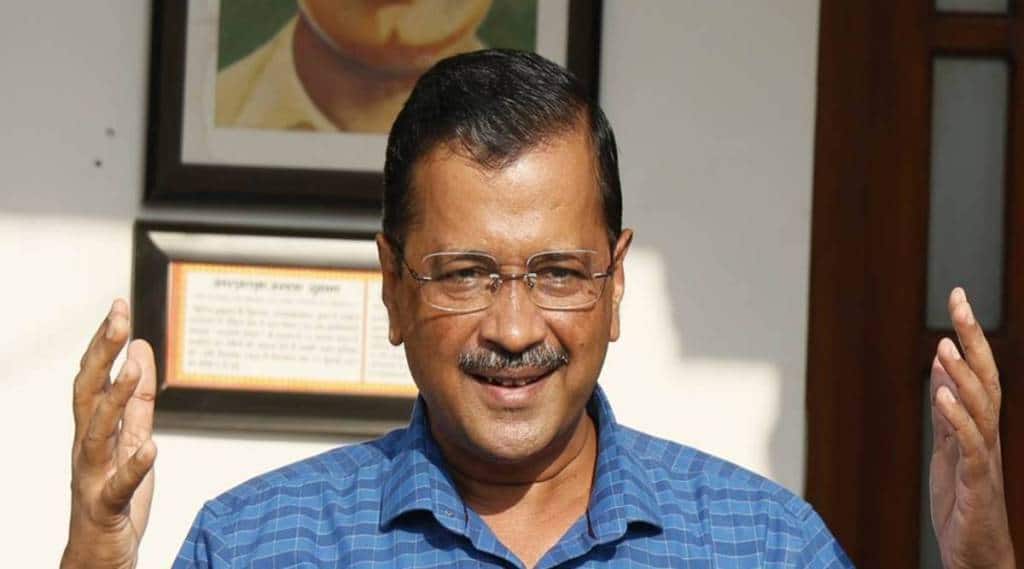 On the Gujarat exit polls, the Delhi chief minister said a new party like the AAP getting "15 to 20 per cent vote share" in a state considered the BJP's stronghold was a "big thing". (File photo: IE)

Aam Aadmi Party (AAP) national convener Arvind Kejriwal on Tuesday thanked the people of Delhi after exit polls predicted a win for the party in the Delhi municipal election and also said the prediction for the party in Gujarat was a “positive sign”. Three exit polls on Monday predicted a clear win for the AAP in the Municipal Corporation of Delhi (MCD) polls, with the BJP emerging a distant second.

All the exit polls have given the Congress less than 10 seats. The results of the polls to 250 wards of MCD will be declared after the counting of votes on December 7. “I would like to congratulate the people of Delhi. They have again showed their faith in us. Let’s wait for tomorrow (Wednesday),” he told reporters on the sidelines of an event.

Also read| Gujarat Election Result 2022: Date, time, when and where to watch

On the Gujarat exit polls, the Delhi chief minister said a new party like the AAP getting “15 to 20 per cent vote share” in a state considered the BJP’s stronghold was a “big thing”. All exit polls predicted a big mandate for the BJP in Gujarat in the range of 117-151 seats in the 182-member assembly, while the Congress was predicted to bag seats in the range of 16-51 seats. The AAP was projected to bag between two and 13 seats. The majority mark in Gujarat is 92.

Also read| Delhi MCD Election Results 2022: BJP vs AAP vs Congress – All eyes on the triangular contest, results out tomorrow

“It is a positive sign for us. Gujarat is considered the BJP stronghold. The AAP is a new party there and for a new party like us, getting 15 to 20 per cent vote share is a big thing,” he said

Follow us on
First published on: 06-12-2022 at 02:37:23 pm
Latest News
Plant peril: Much like Covid-19 pandemic, an outbreak of diseases among plants is also real
India in the limelight: A cogent argument of how country’s time is now to lead on economic front
Jaipur Literature Festival: Quills & brushes
The doctor is in: Ditch the dandruff
When gaming becomes an addiction
Republic Days around the world
Hitting the road: The world’s biggest running festivals are back this year
Photos
First look! This is how the new Parliament will look from inside – Check latest PHOTOS
15 hours agoJanuary 21, 2023
Republic Day 2023 parade rehearsals continue at full swing in Kartavya Path; See PHOTOS
1 day agoJanuary 20, 2023
CYCLONE – I: India, Egypt special forces hold joint exercise in Jaisalmer – Photos
1 day agoJanuary 20, 2023
Read More
×
Nepal plane crash: Relatives of 4 Indians yet to receive dead bodies
Now, traders can get licence online for serving food in open area, terrace in MCD areas
Top 50 Asia-Pacific companies gain $519 billion in MCap in Q4 2022
Rahul Gandhi capable to be India’s prime minister: Shiv Sena’s Sanjay Raut
In notice to police over drunk driving, DCW seeks to know steps taken to curb menace
Delhi: Fire in Connaught Place restaurant, no one injured, say officials
Switch to Hindi Edition