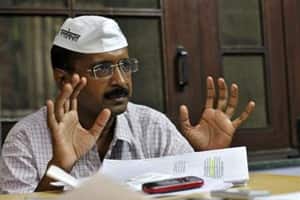 CBI sources said that Kumar has been charged with abusing his official position to award contracts to M/s Endeavour Systems Pvt. Ltd. and securing government tenders worth Rs. 9.5 crore between 2007 and 2014 for the company. (Reuters)

In two separate cases of murder, Khan, an estate officer of New Delhi Municipal Council (NDMC), was shot dead in Jamia Nagar a day before he was before he was scheduled to pass the final order on the lease terms of hotel ‘The Connaught’ which was functioning on a property of the civic body, on May 16.

In another case, Tanzil Ahmad, a National Investigation Agency (NIA) inspector was shot dead by unidentified assailants while returning from a wedding in Uttar Pradesh’s Bijnor district. Tanzil, deputy superintendent of police, was returning with his wife after attending the wedding function late Saturday night when the assailants on motor bikes shot the couple from close range near Sahaspur town. Sources said that he was reportedly shot 21 times, and his wife has sustained four bullets. The children were unhurt. He was pronounced dead on arrival at a medical facility in Moradabad.