Arvind Kejriwal also said that arresting farmers by criminalising stubble burning was not a good move. 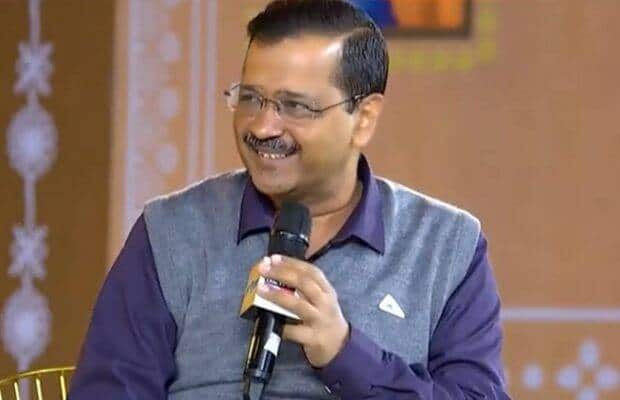 Delhi CM Kejriwal also reiterated his promise to clean the Yamuna by 2025.

Aam Aadmi Party national convenor and Delhi Chief Minister Arvind Kejriwal today said that the party will announce its chief ministerial candidate for Punjab elections before polls and the candidate will be from the state. He also said that the BJP is losing Uttar Pradesh elections and the Akhilesh Yadav-led Samajwadi Party will form the government. On the issue of alliance with the Samajwadi Party, Kejriwal said that if any development happens in this direction, he will let people know.

On the question of whether Mamata Banerjee should lead the opposition alliance, Kejriwal said that she can lead if she wishes to do so and added that person is not important but the nation is important and all should work together to take the country forward.

Kejriwal also said that arresting farmers by criminalising stubble burning was not a good move. Kejriwal said that stubble can be used for making many things but the state governments are not interested in solving the problem. “If there is a political will, stubble can be turned into gold,” said Kejriwal. He said that alternative fuel or biofuel can save the country from the issue of stubble burning.

Targeting the Modi government on farmers’ issues, he also said that the Central Government issued a notification on MSP for 23 crops but picked only two crops on MSP. He added that if the Centre wishes, it can provide MSP on all 23 crops by arranging the required corpus of Rs 18 lakh crore per year and when the government will sell all those crops, it will be in no profit-no loss situation in the next 10 years.

Delhi CM Kejriwal also reiterated his promise to clean the Yamuna by 2025. The Delhi CM made the statements during an interactive session Chaupal with Network18.

On the question of the promise of Rs 1000 financial assistance to women in Punjab but the same was not done in Delhi where AAP is in power, Kejriwal said that the AAP govt has prepared a plan for implementing the same in Delhi as well but the time of announcement will be decided later.