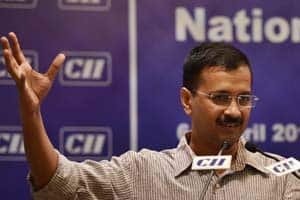 “We cannot tolerate what is going on in the party. We have decided to support and strengthen the hands of Yogendra Yadav and the Swaraj Abhiyan started by him.

We have also decided to hold a state level function on May 17 in Karnal, which will be a follow-up of the Abhiyan which was launched from Gurgaon on April 14,” Singh said.

“So, it is contrary to AAP’s principles to appoint him as the party’s Haryana in-charge, till he gets a clean chit in the matter,” said Rajiv Godara, a close associate of Yogendra Yadav.

Taking a dig at Arvind Kejriwal, SP Singh said, “we felt that it has become one-man party, where if a person who has a different view point, his voice is suppressed and stifled.”

“As many as 95 per cent of our workers favoured to contest the assembly polls..Where is internal democracy, transparency, that we stood up for and formed the very basis of our existence. Now, a stage came that tainted people like Naresh Balyan are imposed on us,” he said.