Sisodia said he is not against investigation, but demanded the CBI should also investigate “excise revenue of Rs 10, 000 crore being stolen every year in Gujarat”. 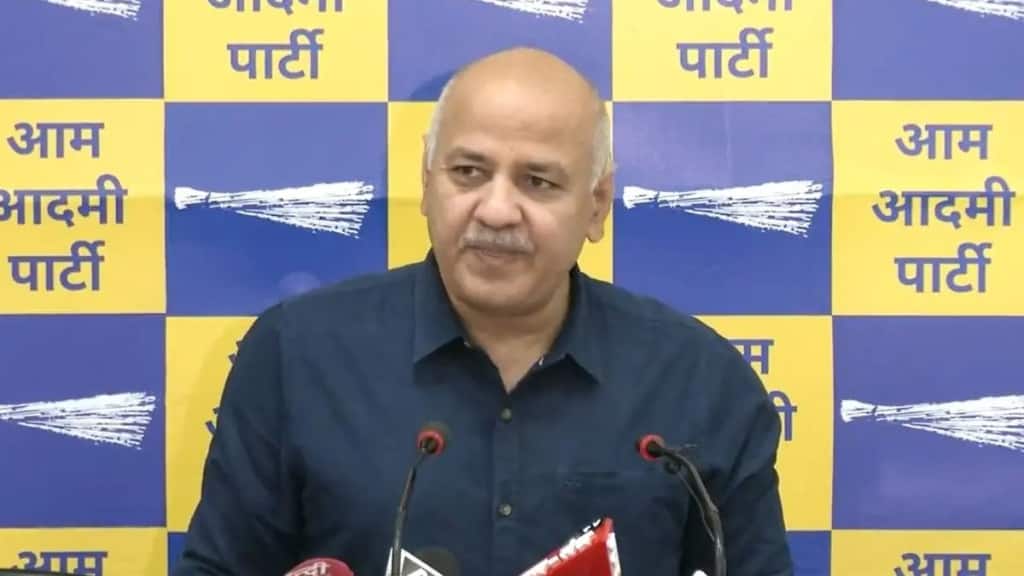 Sisodia claimed that he was asked to break away from his party and join the BJP instead.

AAP chief Arvind Kejriwal becoming the next prime minister is not an individual’s ambition but the whole country wants it, Deputy Chief Minister Manish Sisodia said Sunday, days after the CBI raided his residence in over alleged irregularities in the excise policy.

“Ek Mauka Kejriwal Ko” (One chance to Kejriwal) has become a national level talk, Sisodia said in an interview with the PTI.

“People see Kejriwal as an alternative to Modi in 2024 because he talks about health, education and employment,” said Sisodia, who is one of the accused in a case registered by the CBI into alleged irregularities in the implementation of the Excise Policy 2021-22.

“The BJP, CBI, Lt Governor and Delhi Chief Secretary, all have single motive to stop Kejriwal otherwise, the 2024 (Lok Sabha polls) will slip out of their (BJP) hands,” said Sisodia.

The CBI raided 31 locations on Friday, including Sisodia’s house, in connection with its probe in the excise policy.

Sisodia said he is not against investigation, but demanded the CBI should also investigate “excise revenue of Rs 10, 000 crore being stolen every year in Gujarat”.

“it is a dry state and people are dying by consuming spurious liquor. This should also be probed,” he said.

He also added there should be a probe why there was cave-in at the Bundelkhand Expressway just five days after it was inaugurated by Prime Minister Narendra Modi.

“If the BJP-led Centre has interest in probing scam in excise policy, it should investigate who was behind conspiracy to change former LG’s stand two days before its implementation?,” Sisodia said.

Follow us on
Latest News
LG’s new display can be stretched by a whopping 20%; here’s what it looks like
UAE based Caracal back in race, responds to Indian Army tenders
Midterms vigil and new crypto wobble
Nykaa Fashion ropes in Janhvi Kapoor as brand ambassador
Snapchat maker to offer monthly grants of up to $50,000 to these creators in India
ISRO to explore dark side of Moon, plans to return to Mars
UP: Khatauli Assembly bypoll on December 5 as sitting MLA disqualified
Photos
Happy Guru Nanak Jayanti! A festive look into the celebrations from across the nation
1 hour agoNovember 8, 2022
Dazzling & Astounding! Proposed design of the to-be redeveloped Dakaniya Talav Railway Station in Rajasthan-PHOTOS
3 days agoNovember 5, 2022
Heart-wrenching! Here is a look at Morbi and the suspension bridge that collapsed
1 week agoOctober 31, 2022
Read More
×
Teachings of Sikh Gurus showing way to world passing through difficult phase: PM Modi
Gyanvapi case: Varanasi court defers verdict on plea seeking ‘Shivling’ worship to Nov 14
Himachal Pradesh elections 2022: CPM says people disillusioned with BJP’s anti-people policies, will vote it out
LK Advani turns 95 today, PM Modi, other BJP leaders extend greetings
Gyanvapi row: Court verdict on plea seeking permission to worship ‘Shivling’ today
Despite impressive Munugode performance, BJP has a long way to power in Telangana