Army will host the annual Combined Commanders Conference in October, most likely outside the national capital following a suggestion by Prime Minister Narendra Modi two years ago. 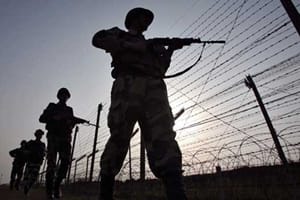 Police officials claimed the operation was an attempt to nab militants building up terror bases in the area. (Reuters)

Army will host the annual Combined Commanders Conference in October, most likely outside the national capital following a suggestion by Prime Minister Narendra Modi two years ago.

The Navy had last year organised the conference on board India’s aircraft carrier INS Vikramaditya at Sea, off the coast of Kochi.

While the dates and location of this year’s conference are yet to be finalised, sources said it could be held under the aegis of the Eastern Army Command which is involved in anti-insurgency operations in the northeast and a major part of the borders with China.

Interestingly, Lt Gen Praveen Bakshi, who is slated to be the next Army Chief, heads the Eastern Command.

Modi had in 2014 suggested that the armed forces could organise such conferences on ships at sea, or in forward area cantonments or air-bases, instead of New Delhi.

The conference is attended by Prime Minister, Defence Minister Manohar Parrikar and other senior members of the Cabinet.