The BJP President’s comments came during the question answer session of a press conference in Madhya Pradesh’ Bhopal. 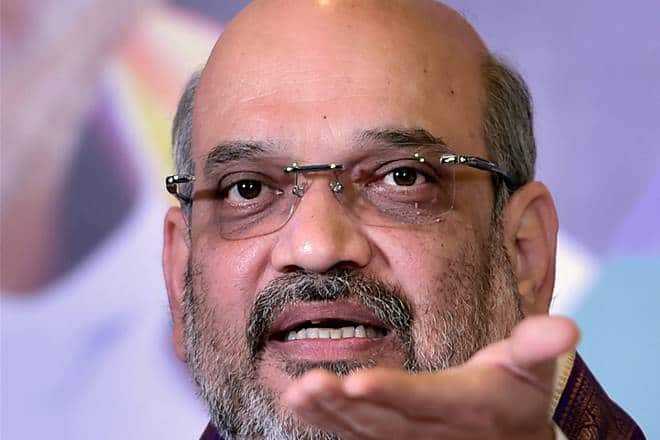 Shah thanked Banerjee for her 'praise' for prime minister's work.(PTI)

In his other important remarks, Amit Shah lauded Madhya Pradesh CM Shivraj Singh Chouhan and said that the latter transformed the state from a ‘BIMARU’ one to ‘most developed’ states category of the country. Shah added that Chouhan government’s hard work for the implementation of schemes launched by Modi government is evident. Shah also said that Narendra Modi government is working aggressively to eradicate corruption at the centre. He added that Opposition has not been able to put a single corruption charge on Modi government even after three years of rule.

Speaking on BJP-JDU alliance in Bihar, Shah said that all parties in National Democratic Alliance become a part of Cabinet at Centre, hinting at a possible addition of ministers from Nitish Kumar’s party. On Friday, Shah said that his party has not come to power in the state for a mere 5 or 10 years, but at least 50 years. “Today, we have a majority government at the Centre with 330 MPs, and also have 1,387 MLAs in different states. The party appears to be at its peak, but dedicated workers feel we have a long way ahead,” a BJP’s press release had quoted Shah as saying.

“We have not come to power for 5-10 years, but at least 50 years. We should move forward with a conviction that in 40-50 years we have to bring major changes in the country through the medium of power,” Shah had said.