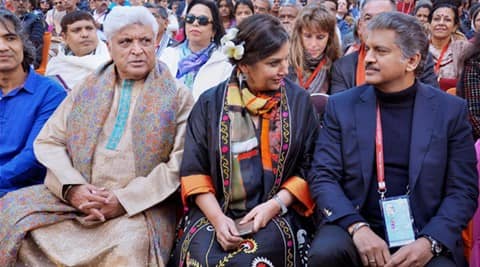 With eyebrows being raised over the inclusion of RSS men Manmohan Vaidya and Dattatreya Hosabale in the line-up for the Jaipur Literature Festival, the organisers today said the annual event has always stood for presenting diverse opinions on one platform. “The festival has always been inclusive and welcomed plurality in opinion and often opposing viewpoints, to be expressed without discrimination. This is neither the first nor the last instance where we have welcomed speakers from the right, left and centre,” a statement

This is neither the first nor the last instance where we have welcomed speakers from the right, left and centre,” a statement by the organisers said.
Another development that has led to questions being asked is the reported absence of poets Ashok Vajpeyi, Uday Prakash and K Satchidanandan, who were prominent faces of the award-wapsi issue.

The statement said the festival’s core values place equity, democratic access and free speech above all. “For dialogue to be meaningful, we must have representation from all points of view,” the statement said.

Vaidya is the head of RSS’s communications department, while Hosabale is a joint general secretary. “For a decade, the Jaipur Literature Festival has stood for diversity of ideas, languages, nationalities and subjects. The 2017 edition is no different in featuring multiple voices and viewpoints across genres collectively on one platform,” the statement said.