On Friday morning, Prime Minister Narendra Modi, in his address to the nation, made the big announcement of repealing the farm laws. 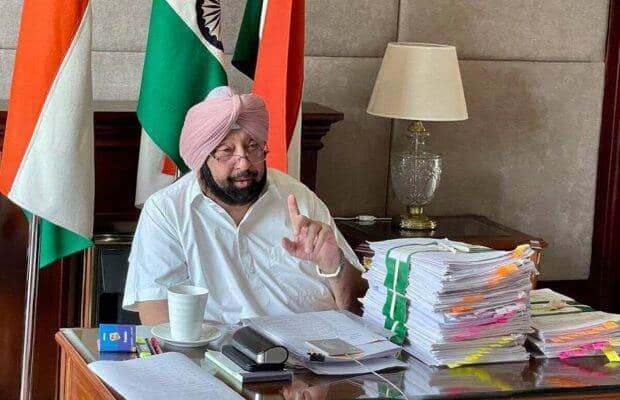 The Centre's decision to repeal the farm laws paves way for Amarinder Singh to join hands with the BJP for upcoming Assembly polls in Punjab.

Former Punjab Chief Minister Captain Amarinder Singh on Friday welcomed the Centre’s decision to withdraw the three contentious agri laws. The decision came just days before the farmers’ protest at Delhi borders is set to complete one year on November 26.

“Great news! Thankful to PM @narendramodi ji for acceding to the demands of every punjabi & repealing the 3 black laws on the pious occasion of #GuruNanakJayanti. I am sure the central govt will continue to work in tandem for the development of Kisani!” he wrote on Twitter.

On Friday morning, Prime Minister Narendra Modi, in his address to the nation, made the big announcement of repealing the farm laws. He also urged the farmers protesting at Delhi border to end the agitation and return to their homes.

Also Read
‘Pilot for Rajasthan CM’: Why the storm brewing for the Congress is its own doing
Gujarat Elections 2022 Live Updates: Assam CM unfortunately sounds like a petty troll, says Manish Tewari on Sarma’s ‘Saddam Hussein’ remarks on Rahul Gandhi
Submit files related to Arun Goel’s appointment as Election Commissioner, Supreme Court tells Centre
Who is Zakir Naik and why has his presence at FIFA World Cup in Qatar sparked a controversy?

Singh’s praise for PM Modi gains significance as the former, while announcing to launch his own political party ahead of the Assembly polls in Punjab, had hoped to tie up with the BJP on the condition that the Centre resolves the issue of farmers’ protest.

“Hopeful of a seat arrangement with BJP in 2022 Punjab Assembly polls if #FarmersProtest is resolved in farmers’ interest. Also looking at alliance with like-minded parties such as breakaway Akali groups, particularly Dhindsa & Brahmpura factions,” he had tweeted last month.

The Centre’s decision to repeal the farm laws paves way for Singh to join hands with the BJP, and might also change the predictions by pre-poll surveys, which have so far predicted that the saffron party might end up struggling to win even a single seat in the state.

Singh had quit the as the chief minister after months of bitter fight with Punjab Congress chief Navjot Singh Sidhu. He later announced to quit the Congress, highlighting the “humiliation” meted out at the hands of the party’s top leadership.