Allahabad Kumbh Mela 2019: No ban on offering of cannabis, bhaang this year, says UP govt

Allahabad Kumbh Mela: The last time Allahabad had hosted Kumbh Mela was in 2013. The event became the largest religious gathering in the world that with 120 million visitors. In 2019, the city will host Ardh Kumbh. 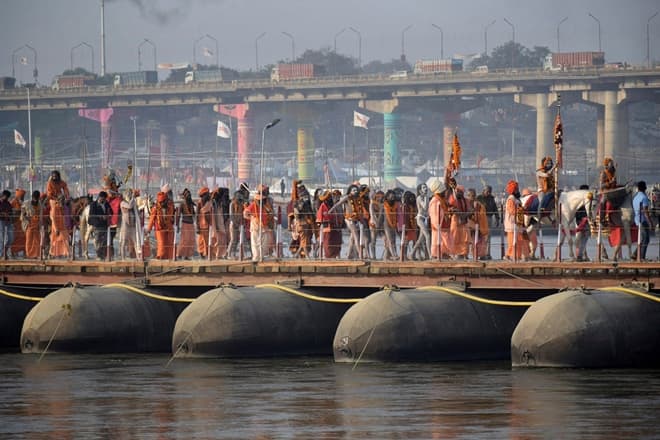 Kumbh  Mela 2019: The Allahabad Kumbh Mela will kick start on January 15 with lakhs of naga saadhus and seers of several akharas taking a holy dip in the waters of Ganga, Yamuna and Saraswati at Sangam. During the 55-day long event, people from across the world visit Allahabad to participate in the world’s largest religious gathering. As a part of Hindu rituals, devotees will perform special pujas and offer special prasad on the occasion.

Also Read: Why is Kumbh Mela organised? History and story

“It is a matter of religious faith. Out government is committed to ensuring that no one feels inconvenient. We have made all preparations to ensure Kumbh is organised at a grand manner and nobody’s religious sentiment is hurt,” he said.

The last time Allahabad had hosted Kumbh Mela was in 2013. The event became the largest religious gathering in the world that with 120 million visitors. In 2019, the city will host Ardh Kumbh. It is expected that around 15 crore people will visit Allahabad between Janua15 and March 4. The next Kumbh Mela is scheduled for 2025.

Meanwhile, the Uttar Pradesh government has invited Head of Missions, village heads across from the country for the Ardh Kumbh Mela. The government has claimed that arrangements made for the Allahabad Kumbh Mela this year are the best ever done for any Mela in the world. Special provisions have been made for the pilgrims for their movement, stay, food, parking, lighting and medical emergencies. Hygiene, sanitation and pilgrims’ conveniences have been given importance.