Curiously, cases of drug addiction have seen a steep rise after the Nitish Kumar gave prohibition of alcohol order in Bihar. 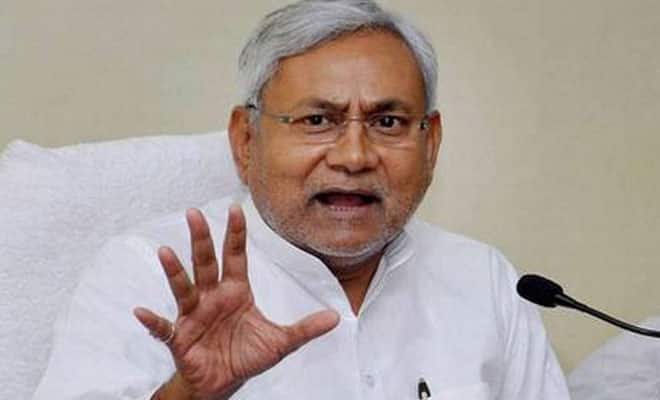 Curiously, cases of drug addiction have seen a steep rise after the Nitish Kumar gave prohibition of alcohol order in Bihar.

Curiously, cases of drug addiction have seen a steep rise after the Nitish Kumar gave prohibition of alcohol order in Bihar. Cementing the fact of rising drug menace in the state, de-addiction centres in Bihar have started seeing a big jump in cases of substance abuse, ranging from cannabis, inhalants, sedatives to opioids. Over the last year, around 700 cases of alcohol addiction were lodged at the out-patient department of the de-addiction centre and around 85 per cent of the cases were treated at the district level by Dr M E Haq, general medical officer, according to a report by Indian Express.

Dr A K Shahi, state programme officer, de-addiction centres, Bihar said, “About 25 per cent of cases in these de-addiction centres now are related to abuse of other substances, mostly opioids, cannabis, inhalants and sedatives. Since alcohol is not available in Bihar anymore, these people might have moved to other substances. The state government felt that these doctors need to be trained in handling such cases. NIMHANS agreed to train us.”

He further added that “We have screened, treated and counselled over 3,000 persons with alcohol addiction. These people are now able to recognise those involved in substance abuse and have started bringing them here, too.”

Now, as the focus has been shifted to tackle the cases of drug abuse. A team of 38 general medical officers including Dr Haq are being trained at the National Institute of Mental Health and Neurosciences(NIMHANS), Bengaluru. In the course of their training, they are learning about the ways to deal with the disorders arising from substance abuse.

The networking between the doctors too is being made strong. Every fortnight, doctors across Bihar connect to the Virtual network where they discuss cases of substance abuse with NIMHANS specialists and talk about the ways to deal with the problem. In the case of a major problem or in any case where a doctor fails to understand the behaviour of the patient or medicine, they put the query and the required details on a WhatsApp group and seek advice. The trained doctors themselves will also train over 300 family counsellors.

“The virtual knowledge network has clearly worked for the doctors. Higher follow-up rates, lesser referrals and no deaths mean that capacity building through the use of technology has been a success,” says Dr Chand.