Terming the budget presented by the Yogi Adityanath government as “anti-development, Samajwadi Party leader Akhilesh Yadav today claimed that the ruling dispensation had tried to appropriate many works initiated during the previous regime. 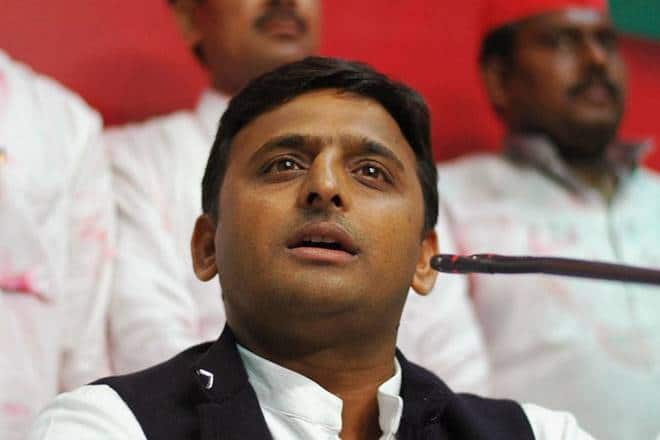 Terming the budget presented by the Yogi Adityanath government as “anti-development, Samajwadi Party leader Akhilesh Yadav today claimed that the ruling dispensation had tried to appropriate many works initiated during the previous regime. The former UP chief minister also accused the government of failing on all fronts. “The 2017-18 budget presented by BJP government is anti- development. The government has appropriated the work of the previous SP government and given it, its own colour. The booklet on 100 days mentions all the work of the SP regime,” Yadav said during a discussion on budget in the state Legislative Council. He alleged that on the basis of casteism, the BJP came to power but it did not know how to run the government. The government is a failure on all the fronts, he claimed. It takes a big heart to run a government, Yadav added.

He said that in the budget the emphasis was on arranging Rs 36 thousand crore for farm loan waivers and alleged that the government had “betrayed farmers” in the name of the waiver. Referring to the recommendation for a CBI investigation into a river front project initiated in his regime, Yadav said, the probe had been recommended as Gomti river bank had become more beautiful than Sabarmati.

“You are threatening us with CBI. I am a member of the CBI club and have faced it,” he said. Yadav said that he would see what the present government, which he claimed did not like the word Samajwadi, do for eastern UP. “They had problems with Saifai (Yadav’s native place). I will wait for next five years to see start of metro in Gorakhpur. Our government had given costly land for AIIMS in Gorakhpur, we want them to make more medical colleges than us,” he said.

Yadav also challenged the government to distribute more laptops. He also sought a CBI probe into the Sitapur and Varanasi murders. He said the BJP used to call samajwadis as ‘gunda’ but the situation is worse now. They cannot speak on law and order, he said. “Our government was giving jobs to the youth but BJP has ordered CBI probe into UPPSC recruitments from 2012,” he said continuing his attack.

He also attacked the government on incidents of cow vigilantism. “This is the worst thing going on. It is unfortunate that a human is killed for an animal. Such things do not happen anywhere in the world…Interestingly, at the same time the export of beef is increasing,” he said advising BJP to shun “politics of hatred”.