Assam is in a “crisis” and there is a “big conspiracy” behind granting citizenship to Hindu Bangladeshi immigrants, the RTI activist and KMSS president alleged 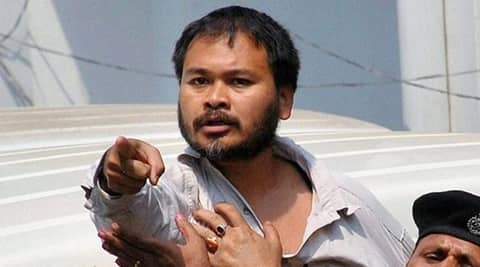 Krishak Mukti Sangram Samiti leader Akhil Gogoi today alleged the Centre’s move to grant citizenship to Bangladeshi Hindu immigrants was a “big conspiracy” and vowed to thwart it. “I urge all the workers, farmers and common people of Assam from today itself to protect the identity of the state. You will see that in the next three months, we will thwart any attempt to grant citizenship to Hindu Bangladeshis,” Gogoi told reporters just after coming out of Golaghat jail here.

Assam is in a “crisis” and there is a “big conspiracy” behind granting citizenship to Hindu Bangladeshi immigrants, the RTI activist and KMSS president alleged. “The BJP government is trying to amend the Assam Accord by amending the Citizenship Act. KMSS will raise a united fight against this move,” Gogoi said.

He also declared a fight against “privatisation” of oil fields in Assam through auctions and vowed bring about a logical conclusion to the ongoing investigation on the corruption in Assam Public Service Commission.
The Gauhati High Court had granted Gogoi bail on December 16, paving the way for his immediate release.

On October 2, he was arrested from the middle of a press conference for allegedly instigating people during eviction near Kaziranga National Park, leading to death of two protesters. Gogoi was first lodged in Nagaon jail for the case, but subsequently he was arrested in connection with various old cases, some as many as 10 years old, registered across the state.

He charged Assam Education Minister Himanta Biswa Sarma of “hatching the conspiracy” of putting him behind bars, mainly to keep him away from the by-polls in Lakhimpur Lok Sabha seat and Baithalangso Assembly constituency, besides the recently held Autonomous Council polls.

“I also urge Chief Minister Sarbananda Sonowal to not bow in front of Delhi and Nagpur. He should be the real ‘state leader’ and work for the people of Assam,” Gogoi said. Talking about the demonetisation measure by the Centre. The peasant leader said it has affected the farmers severely and they are in “deep crisis”.