AK-203 assault rifles deal: Boost to BJP ahead of UP elections?

The Prime Minister will be visiting Gorakhpur tomorrow where he will inaugurate development projects worth over Rs 9,600 crore. 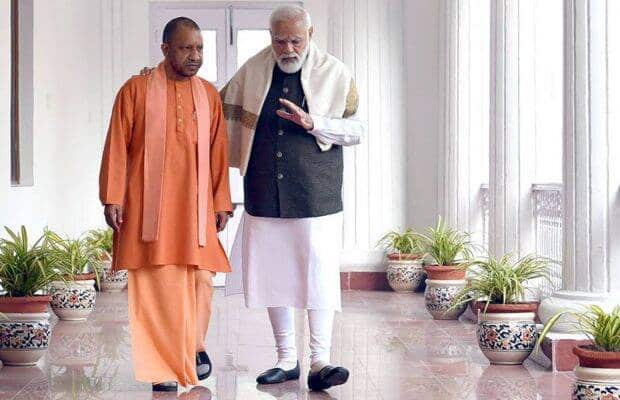 Betting big on UP again, the BJP governments at the Centre and in the state have been on a spree launching projects before polls are announced.

India and Russia today inked a crucial agreement for the production of over six lakh AK-203 assault rifles in Uttar Pradesh’s Amethi. The rifles will be manufactured for the Indian armed forces at a cost of around Rs 5000 crore. The most important agreement signed today was the pact on manufacturing of 6,01,427 AK-203 assault rifles (7.63X39mm) through a joint venture, the Indo-Russia Rifles Private Limited (IRPL).

Two days ago, the Centre had approved the plans for the production of the AK-203 assault rifles at Korwa in Amethi. PM Modi had announced the deal in Amethi in March 2019, when Congress leader Rahul Gandhi was still the MP from the long held Congress bastion. Announcing the agreement ahead of the Lok Sabha elections 2019, Modi had said, “Now, Amethi will not be known for a famous family but for AK 203, ‘Made in Amethi’,” he said, adding that those who cheated Amethi also ignored the country’s defence needs. Smriti Irani, who was the BJP candidate from the seat later went on to defeat Rahul Gandhi from the seat.

The signing of the deal today paves way for the BJP to boost its image as an investment friendly destination, while positioning itself as a government in action to the voters in the state. The announcement coincidentally comes ahead of the crucial assembly elections in Uttar Pradesh. UP is the biggest state in terms of the Lok Sabha seats and the state has been crucial in bringing the BJP to power at the Centre. The BJP won 71 and 62 seats, respectively in the 2014 and 2019 Lok Sabha polls.

Betting big on UP again, the BJP governments at the Centre and in the state have been on a spree launching projects before polls are announced.

On November 19, PM Modi inaugurated and laid the foundations of multiple development projects worth over Rs 3,425 crore to expedite the growth of the Bundelkhand region. It included the foundation of a 600-megawatt Ultra Mega Solar Power Park being built at a cost of over Rs 3,013 crore, the foundation of a Rs 400-crore project at the Jhansi node of Uttar Pradesh Defence Industrial Corridor, inauguration of Atal Ekta Park in Jhansi built at a cost of over Rs 12 crore and is spread over an area of about 40,000 square metres. The prime minister had also inaugurated more than Rs 3,240 crore worth of projects aimed at ending water scarcity for farmers in the Mahoba region of the Bundelkhand. On November 25, PM Modi had laid the foundation stone for the Noida International Airport at Jewar. In October, PM Modi had inaugurated the Kushinagar International Airport which has been made operational at a cost of Rs 260-crore.