Air pollution: Why India must ignore denials of link to health harms 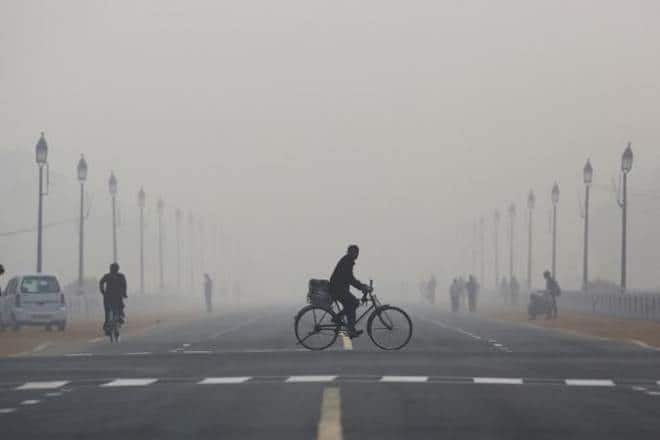 Disputing the link between air pollution and a variety of health harms is not only dangerous, it runs contrary to what every expert affirms: that air pollution causes debilitating and life-threatening respiratory illness, heart and lung diseases, and cancer. Access to clean air should be a right that all Indians enjoy, yet the air pollution ravaging our cities puts lives in peril. Since this danger is also preventable, clean air should be the priority of our government’s health and public policy agenda.
Credible disagreements over the effect air pollution has on human health have long been put to rest. Leading medical researchers have formed consensus over the severe harms air pollutants—including particulate matter smaller than 2.5 micrometres (PM2.5), sulphur dioxide, nitrogen oxides, carbon monoxide, tobacco smoke and ozone—have on the human body. A 2014 report by the ministry of health and family welfare found that the health of rural and urban populations is severely impacted by household and ambient, or outdoor, air pollution.
Air pollution as a driver for non-communicable diseases (NCDs) is also well-established. It’s a risk factor that can cause or hasten the severity of NCDs. Last year, a study published in The Lancet found that exposure to even low levels of air pollution particles can accelerate atherosclerosis, or hardening of the arteries, which can lead to heart attack and stroke.
In 2013, the International Agency for Research on Cancer concluded that outdoor air pollution causes lung cancer (and possibly bladder cancer); PM2.5 in ambient air, with cancer-causing chemicals, was confirmed to be a human carcinogen. Exposure to PM2.5 air pollution is a significant contributor to the global burden of deaths from lung cancer, adding to that from tobacco and other exposures. Air pollution can also cause fatal pneumonia in young children, exacerbates asthma—the most common chronic childhood illness—and likely reduces birth weight and lung growth. Recent studies suggest that air pollution harms brain development of children.
If poor air quality persists or worsens, any gains that India makes in combating NCDs, such as reducing the effects of smoking or promoting physical activity for better health, will be in jeopardy. This is an urgent priority, and we were reminded last month of the consequences of inaction. The WHO released two reports revealing that an alarming 1.7 million children die each year from exposure to environmental pollutants, including air pollution. The thick coats of smog that blanket Delhi and other cities are a vivid indicator of the severity of this epidemic.
The health ministry has acknowledged both household and ambient air pollution as a major health burden in its latest National Health Policy. It must lead other ministries to collaborate in fighting poor air quality. It must strengthen surveillance and data systems to better document the burden of air pollution.
Citizens must be informed through public health advisories of the harm they face and how to reduce the harm from toxic effects of air pollution. They must be advised on what they can do to limit their contribution to air pollution.
With sound evidence from India and abroad of the benefits derived from promoting clean air policies, the health ministry must call for the convening of inter-ministerial coordination groups to enact laws and measures for air quality control. For instance, providing the health justification for creating higher emission standards for vehicles, allocating more resources to incentivise and finance cleaner energy fuels and technologies, expanding accessible public transportation that also promote physical activity, improving waste management systems, and improving access to cleaner household energy sources. These would ensure that progress on cleaner air is sustained and not abandoned each time a severe air pollution episode eases and a change in weather and season brings a temporary respite.
As a signatory to the Paris climate change agreement, India is expected to reduce its greenhouse gas (GHG) emissions. To meet this obligation, as well as the UN Sustainable Development Goals, enacting bold measures around vehicle emissions, household and commercial energy use and clean energy promotion will not only keep the country in compliance with these agreements, but will serve to protect the 1.3 billion people living in harm’s way. The government is also expanding access to household LPG, which will help reduce exposure to both household and ambient pollution.
As India accelerates its development agenda, we urge leaders to ignore cynical denials of air pollution’s link to health harms and continue to march ahead with strong policies that will save resources and lives for years to come.

– Nandita Murukutla, Director of Policy and Global Research and country director for India at Vital Strategie