On Friday, protests took an ugly face as Bihar took the centerstage in the agitation with protesters burning trains, vandalising public and police vehicles, and blocking roads and highways. 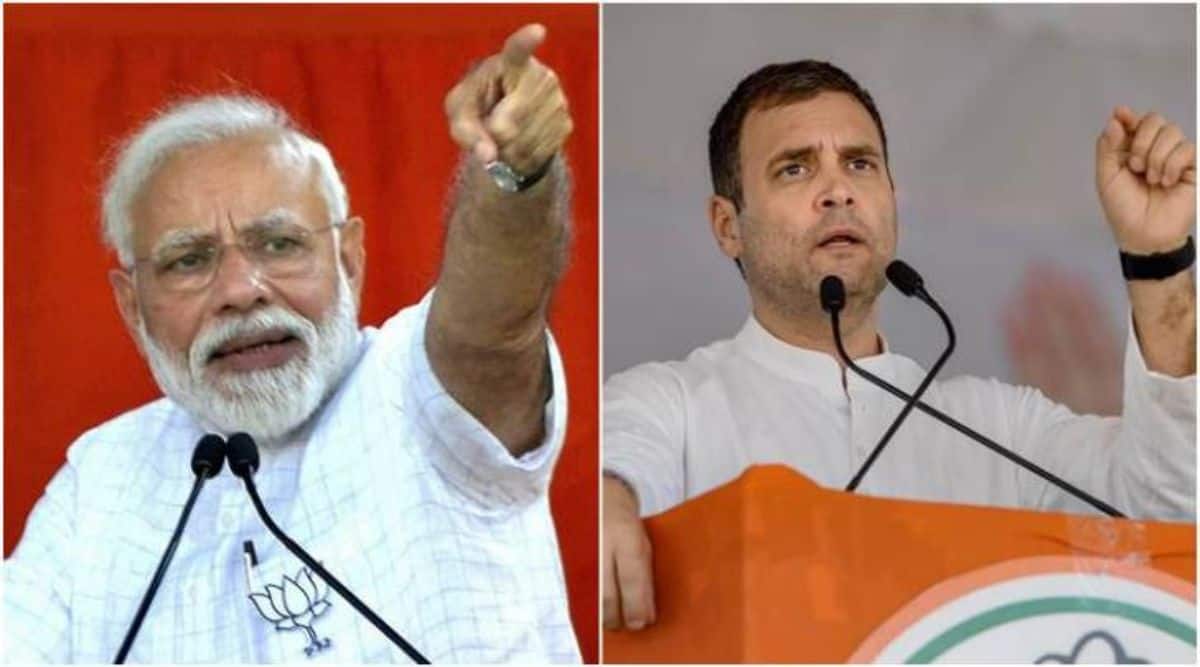 Gandhi said that just like in the case of farm laws, the Centre will have to roll back the 'Agnipath' scheme.

As the violent protests against Centre’s Agnipath recruitment scheme intensified on Friday, the Opposition stepped up the attack on the issue and demanded immediate withdrawal of the scheme. Leading the Opposition charge on the Narendra Modi government, Congress chief Rahul Gandhi said that the prime minister does not understand what the people of the country want as he cannot hear anything except the voice of his “friends”. However, his party colleague Manish Tewari backed the recruitment scheme for defence forces saying it was a “much-needed reform”.

On Friday, protests took an ugly face as Bihar took the centerstage in the agitation with protesters burning trains, vandalising public and police vehicles, and blocking roads and highways. In Bihar, over a dozen trains were set ablaze and several buses vandalised. As the violence spiralled, the government raised the upper age limit to 23 years from 21 years for recruitment under the scheme for the year 2022, without making a reference to the turmoil.

Here’s how opposition leaders reacted to the recruitment scheme amid widespread protests:

“Agneepath – youth rejected, Agricultural Law – Farmers Rejected, Demonetisation – Economists denied, GST – Traders Rejected…The Prime Minister does not understand what the people of the country want because he does not hear anything except the voice of his ‘friends’”

“No rank, no pension, no direct recruitment since 2 years, no stable future after 4 years, no respect for the army, Listen to the voice of the unemployed youth of the country, don’t take ‘fire test’ of their restraint by driving them on ‘Agneepath’, Prime Minister…When India faces threats on two fronts, the uncalled for Agnipath scheme reduces the operational effectiveness of our armed forces.”

“Not even 24 hours passed that the BJP government had to change the rules of new army recruitment. Meaning, the plan is being imposed on the youth in a hurry. Narendra Modi ji, withdraw this scheme immediately. Give the appointment and result in the stopped recruitment of the Airforce. Do army recruitment (with age relaxation) as before.”

“Even though it has been called an attractive scheme, the youth of the country are dissatisfied and angry. they are openly opposing the change in the army recruitment system.” “They believe that the government is limiting the soldier’s tenure to four years in order to eliminate pension benefits in the army and government jobs, which is grossly unfair an deleterious to the future of rural youth and their families.”

“The central government’s new scheme in army recruitment is being opposed everywhere in the country. Young people are very angry. His demands are just right. Army is the pride of our country, our youth want to give their whole life to the country, don’t keep their dreams tied in 4 years. Appeal to the Central Government- Youth should be given a chance to serve the country for the whole life, not 4 years. Those who were overage due to lack of recruitment in the army for the last two years, should also be given a chance.”

“It (the scheme) means that the jawans will be taught how to fire a gun and then let them off into society. What do they intend to do? If they are recruiting people into the forces, then allow them to continue till 35 years. By then they will gain maturity. You are going to recruit an 18 year old boy and leave him at 22 giving him a gun and a gun license…aap kya banana chahte hai desh ko. Kis disha main le jana chah rahe hain, while adding, “You have bad intentions. You are trying to instigate the youth. Give them jobs for 20 years.”

“Will they be workers of the RSS or the BJP? It is to be seen. You are going to teach them to handle weapons for four years. You had promised to give 2 crore jobs every year. They don’t have an answer to that. Unemployment is at an all-time high, people are facing problems…and they have floated a new ‘shagoofa’…only time will tell what is their approach.”

“Agnipath scheme is controversial, carries multiple risks, subverts the long-standing traditions & ethos of armed forces & there’s no guarantee that soldiers recruited under the scheme will be better trained & motivated to defend the country.”

“The security of the country is not a short-term or informal issue; it expects a very serious and long-term policy. The negligent attitude that is being adopted regarding military recruitment will prove to be fatal when it comes to the protection of the future of the country and the youth.”

“Due to the decision of launching Agnipath scheme, sense of dissatisfaction, despair and bleak future (unemployment) is clearly visible in the minds of the youth and students of the country, including Bihar…The central government should immediately reconsider Agnipath scheme because this decision is also related to the defence and security of the country.”

“The BJP is embarking on these policies with a single aim: to win the 2024 Loksabha elections, by hook or by crook, the people can look after themselves! The AITUC urges the BJP-led Central Government to simply withdraw the Agnipath Scheme and not try to bulldoze it, for the sake of our people and our country.”

“As 75% of soldiers will become ‘unemployed’ after four years and their total numbers will keep rising every year, it will give rise to more disaffection among the youth.”