In one of the images, John and his wife Priya are seen playing with their dogs and in the other Priya was seen posing with the pets. 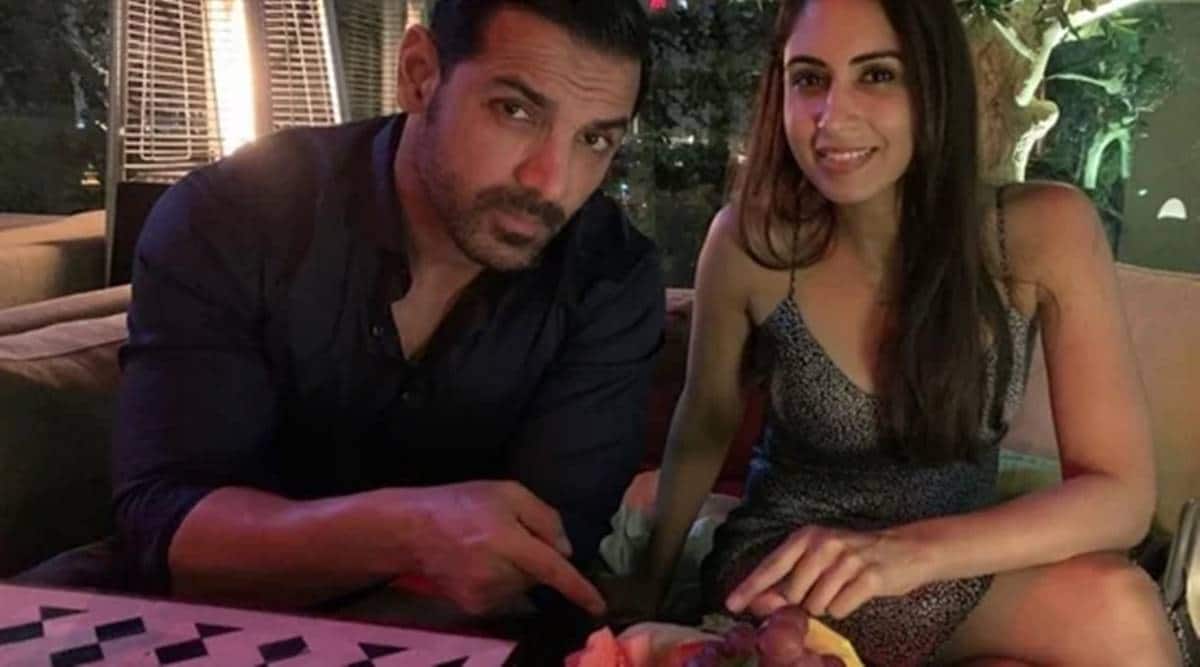 Apart from the celebrity couple, the photos shared by Abraham also featured their pets. (Credit: Instagram)

John Abraham is celebrating his 49th birthday today and the actor marked the special day by sharing a series of pictures with his better half Priya Runchal. Apart from the celebrity couple, the photos shared by Abraham also featured their pets. Abraham who is not as active on social media as many of his contemporaries did not break the hearts of his thousands of fans as he shared a series of images giving a glimpse into his family space. In one of the images, John and his wife Priya are seen playing with their dogs and in the other Priya was seen posing with the pets. In a couple of pictures Abraham can be seen with his wife Priya in a cozy setting and enjoying the company of one another.

In an earlier interview, Abraham has said that his wife Priya does not care for the paparazzi and media publicity. Priya who is an investment banker had completed her business education from London and earlier worked in Los Angeles. Abraham had said that his wife is a very private person and she quietly chooses to do her work without hogging the limelight. Abraham had also said that Priya had brought a lot of maturity and stability into their relationship. He had also remarked that he had seen a very few people in the industry who really wanted to stand back and do their work silently.

On the work front John Abraham is making a comeback with his action drama film Attack. The actor had earlier deleted lots of his previous posts in a promotional move before posting the teaser of the film on Instagram. The film, which is slated for release on January 28 next year, is an action film based on the story of a super-soldier, the actor wrote on his account. Apart from the Indian theaters, the film is also going to be released across different theaters around the world on the samed date. Apart from Abraham, the film is studded with a solid star cast including Jacqueline Fernandez and Rakul Preet Singh among others.