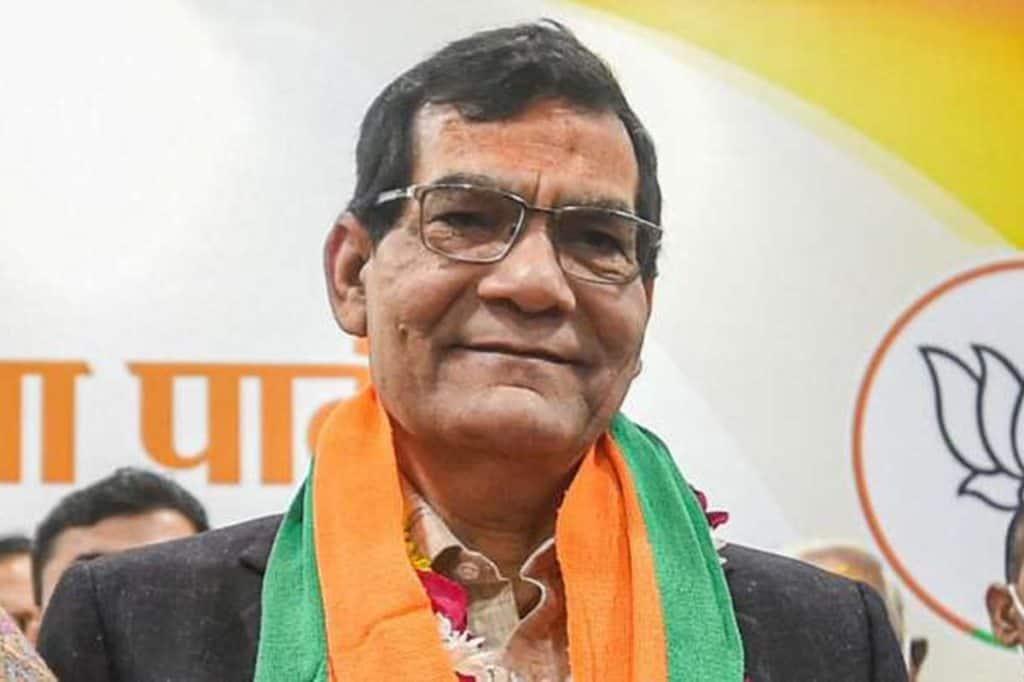 Sharma had worked with Modi in Gujarat as a bureaucrat and had joined the BJP in January after opting for voluntary retirement. (PTI)

President of Uttar Pradesh BJP Swantantra Dev Singh today appointed Arvind Kumar Sharma, former bureaucrat and a trusted aide of PM Narendra Modi, as the vice president of the party in the state amid reports of rifts within the party’s state unit. Sharma’s name has been doing rounds for possible inclusion in the Yogi Cabinet. Sharma is a BJP MLAC from Mau.

Swantantra Dev Singh also appointed Archana Mishra and Amit Valmiki as secretary for Lucknow and Bulandshahr respectively. The move comes ahead of the assembly election to be held in the state next year.

Sharma had worked with Modi in Gujarat as a bureaucrat and had joined the BJP in January after opting for voluntary retirement. Since he has been appointed vice president of the party, it will be important to see whether he makes it to the Yogi’s cabinet or not.

Sharma was a 1988 batch officer from the Mau district in Uttar Pradesh. He recently paid a visit to Delhi to meet party leaders and was also sent to Varanasi in April to oversee the fight against COVID-19.

Recently, CM Yogi Adityanath and Swantantra Dev Singh, both visited Delhi and met senior party leaders. Sigh yesterday issued a statement saying that the BJP will fight the 2022 assembly election under the leadership of Yogi Adityanath.

Before that, BJP General Secretary BL Santhosh had visited Uttar Pradesh and had held one to one meetings with state ministers amid reports of dissent. Some BJP MLAs had claimed that the top leadership was ignorant of people’s woes who suffered due to the second wave of COVID-19.