5 Major events to shape Indian economy and politics in 2017

Here’s a look at the probable rise, fall and struggle of different avenues in Indian politics and economy which might define the year to come. 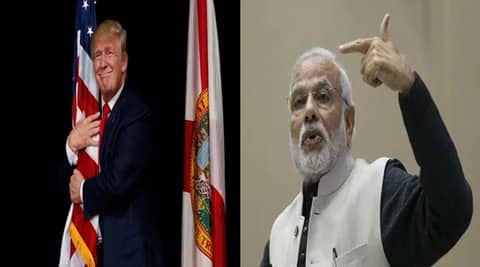 It has been almost an era-defining year remembered by the US Presidential elections for the world and demonetisation for India. (Picture: Reuters)

It is an undeniable fact that the world is now more aware than ever. Oxford dictionary’s word of the year was ‘post-truth’ which essentially means situations in which emotional and personal beliefs shape the opinion of the public than objective facts. This term has become a mainstay in the political commentary of the world as well as India especially after the US elections and the demonetisation move by the Indian government. This concept has influenced the Indian consciousness to a large extent especially since this year has been one of the most momentous political years of this generation. It has been almost an era-defining year remembered by the US Presidential elections for the world and demonetisation for India. So will the drama continue in 2016? While the economic climate of the world is now more complex than ever, there were some historic reforms in India which will show its effects in 2017 and the times to come. Here’s a look at the probable rise, fall and struggle of different avenues which might define the year to come:

Donald Trump’s inauguration of the US President’s post and its impact on India
Donald Trump’s victory in the US Presidential elections was one of the most shocking results in politics of 2016. But the real thing will start in 2017 when he ascends to arguably the most powerful post in the world. There will be a lot of attention to his address during the inauguration and his justifications regarding polarisation the of the elections and his cabinet appointments. Apart from that, there will be a lot of focus on its impact on India, as for how the world’s most economically developed nation’s president will affect the fastest developing economy. Trump’s opinion on India has largely been positive. For India, the good points include investment flows and the fact that PM Narendra Modi could find his biggest ally in Trump against Pakistan. The bad points include an immigration issue, free trade and outsourcing as well as a tax plan. While Trump has not directly targetted Indians, but he has been quite vocal for his stringent immigration policies. A new tax plan, meanwhile, can lure back US business back to that country from India.

Demonetisation
By the end of the year 2016, Narendra Modi government’s 50-day window to exchange old Rs 500 and Rs 1000 currency notes will also close. This will give rise to a lot of calculations, theories and speculations and agree or not, it will shape the political and economic climate in the country for a long time to come. PM Modi had announced a ban on higher value currency notes on November 8, and that had led to a lot of adulation as well as criticism from citizens and economists all the same. PM Modi has reiterated the narrative of curbing black money by saying that the move was directed towards a long-term structural transformation instead of being a short minded approach. Demonetisation of higher value currency notes have affected India in ways more than one, and it will affect the Indian economy in 2017, but whether it will be a spectre of default or there will be wider implementation remains to be seen. While the economic fallout of the such a radical move will take some time to be evaluated, but the evaluation of its political implications will continue its course throughout the year.

Union Budget
The Union Budget 2017-18 will be presented on February 1. The government had decided to advance the budget presentation by a month, with the thought that it should not be presented in the middle of Assembly polls in states like Uttar Pradesh, Punjab, Goa, Manipur and Uttarakhand. This decision was also taken to aid in the completion of the legislative approval for annual spending plans and tax proposals before the start of the new financial year on April 1. There was also the historic decision of scrapping a separate Railway Budget and merging it with the General Budget. According to the government, the unified budget will bring Railways to centre stage and showcase a holistic picture of the financial position of the government. The demonetisation move has also affected the possibilities of the union budget, because of the resulting disruption to growth, revenues and asset sales. There will also be a push on the cashless economy narrative as the government is expected to take certain measures towards that path. We can also expect to see some cuts in personal and corporate taxes and more public investments

GST Bill
This reform agenda will be a point of focus for many investors. The Goods and Services Tax Bill is popularly acknowledged as a transformational indirect tax reform, and will unite the country as a single market with a common tax structure under the narrative of ‘one country, one tax’. But the probability of the absence of a clear-cut projection on the revenue on account of a shift of GST regime in the 2017-18 year has led to some scepticism among top government officials as they have been moving up the Budget presentation date. Even, Finance ministry officials had reportedly expressed anxiety about GST projections, pinning their hopes on the GST Council reaching a consensus on the tax rate structure before the Budget making process to enable them to make projections for next year.

UP and Punjab Elections
The Election Commission is will announce the Uttar Pradesh, Uttarakhand, Goa and Punjab assembly election dates in January 2017. The polling will likely start from February and go on until March. BJP after massive defeats in New Delhi and Bihar retrieved some momentum back in its favour in 2016 with a single assembly election win in Assam. But the moot question on the consciousness of its top politicians has been that whether Prime Minister Narendra Modi’s demonetisation gamble will pay off in the 2017 assembly elections. The war cry of demonetisation is not only going to affect the ruling party but also many opposition parties as well. This will affect the economy of UP the most as it is the largest state in India. Additionally, the rise of the Aam Aadmi party has also turned the traditional poll dynamics in these regions, upside down.