1984 Riot: High Court asks for the timings of FIRs lodged against Sajjan Kumar

The court further directed the investigating team to show the copy of charge sheet filed against Sajjan Kumar and others in connection with the killings on the people in 1984. 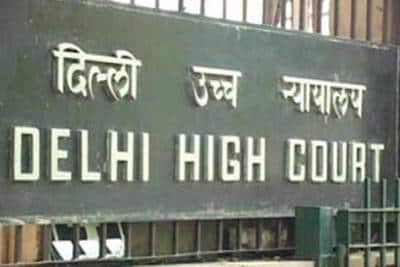 The Delhi High Court today asked Special Investigation Team (SIT), probing the 1984 anti-Sikh riots, to inform it about the timing of each FIR lodged against Congress leader Sajjan Kumar for the alleged killings. “You (SIT) must have investigated the cases involving the respondent (Kumar) here. Therefore, you must be aware of the timings of FIR lodged in connection with the cases against him (Kumar) and others,” Justice S P Garg said. The timings of each FIR were called for as Kumar is an accused in several anti-Sikh riot cases and the court had expressed concern on how a person could be involved in each one of them. It also directed SIT to produce the copy of a trial court judgement by which Kumar was acquitted of all charges. The court further directed the investigating team to show the copy of charge sheet filed against Sajjan Kumar and others in connection with the killings on the people in 1984.

It said the documents shall be produced on March 14, the next date of hearing. The directions were issued to the agency after it failed to inform the court about the timing of the two FIRs out of 10, lodged against the Congress leader. Additional Solicitor General (ASG) Sanjay Jain, appearing for SIT, today informed the court that 10 FIRs were registered in Delhi against Kumar after the assassination of then Prime Minister Indira Gandhi. He submitted before the court that the timing in each of the FIRs were different, which pointed towards the involvement of the Congress leader. ASG made the submission during hearing of its application seeking cancellation of the anticipatory bail granted by the trial court on December 21 last year in a case of killing of three Sikhs.

While granting relief to the former MP on a personal bond of Rs one lakh and a surety of the like amount, the trial court had also asked him not leave the country without the court’s permission and to cooperate in the probe. The court was informed that the cases filed against Kumar falling under the jurisdiction of Janakpuri and Vikaspuri police stations in west Delhi, were lodged after delay of over 30 years as the complainant was “scared” to name the accused due to his “powerful” position. The ASG had submitted that since his name had cropped up during the SIT probe, he needs to be interrogated and his custody is also necessary as he has to be confronted with the evidence in the matter.

He had said that as per complainant by one Harvinder Singh on the fateful day at around 11 AM, Kumar was seen leading a mob. The complaint in Janakpuri pertains to the killing of two Sikhs — Sohan Singh and his son-in-law Avtar Singh — on November 1, 1984. The other relates to Gurcharan Singh who was burnt on November 2, 1984 in the jurisdiction of Vikaspuri police station. As per the complaint, Gurcharan, who was half burnt, remained bed-ridden for 29 years. He died three years ago.

SIT, which was set up in February 2015 on the direction of the Ministry of Home Affairs to reinvestigate the closed case, said it filed a detailed status report of the ongoing investigation before the trial court. The SIT is headed by Pramod Asthana, an IPS officer of 1986 batch, and has Rakesh Kapoor, a retired district and sessions judge, and Kumar Gyanesh, additional deputy commissioner in Delhi Police, as its members.