The eminent humanitarian declined in October Prime Minister Narendra Modi’s offer to donate Rs 10 million to charity after the return of hearing and speech impaired girl Geeta to India. 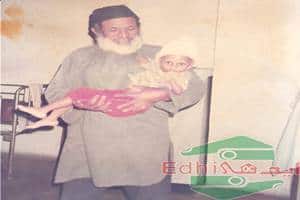 Edhi, who had dedicated his life to humanity and serving the poor, passed away at the age of 92 on Friday night in Pakistan after a prolonged battle with renal failure. (Edhi Foundation)

Zardari on Thursday proposed to Edhi for treatment abroad, but the philanthropist, declining the offer, said he preferred to receive treatment in Pakistan, Dawn online reported.

“Should I take you with me to London or Dubai?,” asked a Pakistan Peoples Party senator while paying a visit to Edhi on Thursday.

The senator said if Edhi’s condition does not improve, he would visit again and take him abroad for treatment.

Interpreting for his father, Faisal Edhi said: “He insists on treatment in Pakistan, particularly in a government hospital.”

“I have told him, if he gives the word, I will take him to any hospital in the world,” said the senator.

Edhi was diagnosed with kidney failure in 2013 but has been unable to get a transplant due to frail health.

The eminent humanitarian declined in October Prime Minister Narendra Modi’s offer to donate Rs 10 million to charity after the return of hearing and speech impaired girl Geeta to India.

Geeta, who was stranded in Pakistan, had been under the Edhi Foundation’s care during her time in the country.