Postpartum depression: Everything you need to know and follow

“Spending more time with new mother &baby, more sharing, and reassuring the woman of easier & happier days ahead. This can be treated by psychological counseling and by medications in severe cases to prevent psychological damage.” (Image: Reuters) 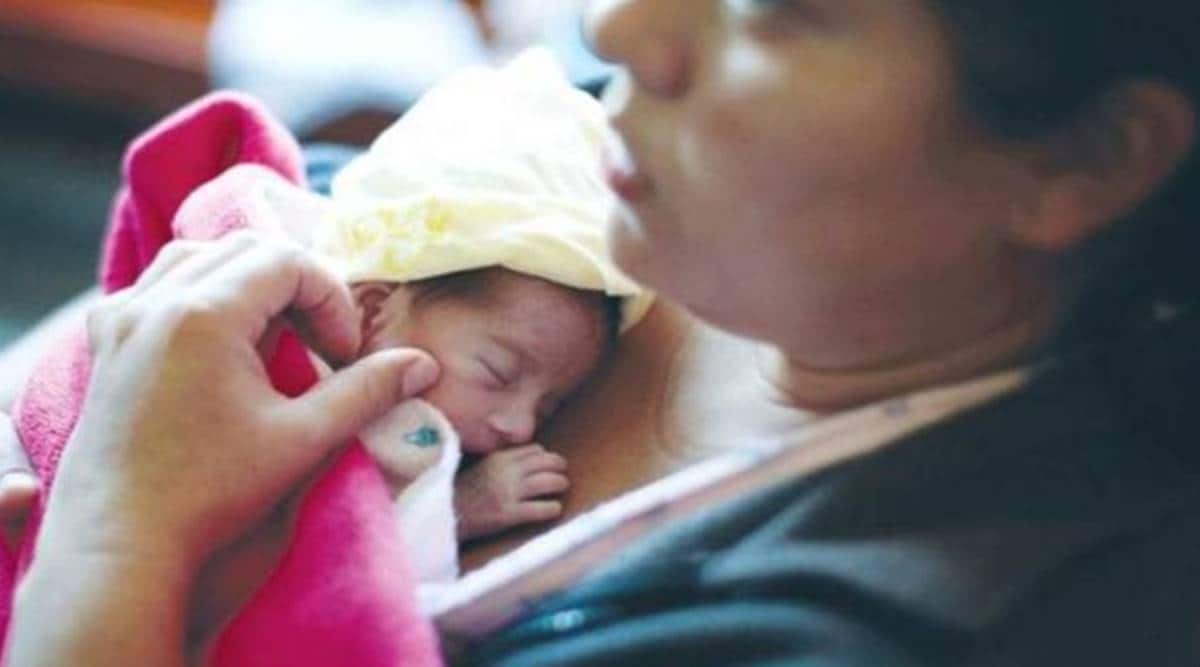 Even in the corporate circles, there has hardly been any prominent noise over the issue, despite India having one of the best maternity leave policies in place.

The tragic untimely demise of former Karnataka Chief Minister BS Yeddyurappa’s granddaughter Dr Soundarya Neeraj might have come as a shock to millions of people, but the WHO confirms that more than 20% of the new mothers in India are impacted by postpartum depression in some way or the other. The most integral problem related to the issue in our country is lack of awareness and realization that an event like childbirth might lead to emotional, behavioral or even fatal disorder.

According to Nishant Gupta, who has spent over a decade in maternal and infant care and is the founder & CEO of Gurugram-based Medharbour hospital, says that an upsetting mix of behavioral, emotional and physical changes in women after three to four weeks of childbirth is referred to as postpartum depression. He adds, “If you speak about it medically, the condition is usually linked with sudden hormonal drop. It is, however, caused more due to social & psychological changes experienced by a woman. It can be recognized if there is trouble in sleeping, appetite change, fatigue or frequent mood changes. This can be prevented by extensive emotional & physical support from the family, especially the husband. Spending more time with new mother & baby, more sharing, and reassuring the woman of easier & happier days ahead. This can be treated by psychological counseling and by medications in severe cases to prevent psychological damage.”

Even in the corporate circles, there has hardly been any prominent noise over the issue, despite India having one of the best maternity leave policies in place. ITC-backed Mother Sparsh has launched awareness campaign titled #MomYouAreNotAlone to initiative conversation around postpartum depression amongst new moms and informed Indians.

According to Mother Sparsh co-founder and CEO Dr Himanshu Gandhi, “Motherhood journey is a new beginning for every woman. It comes with a lot of excitement, responsibilities, expectations, and sometimes societal pressure. Hence new moms can experience challenges too, yet motherhood has to simply continue. Mental well-being plays an integral role in helping new mom manage new role and responsibilities. Lack of emotional or physical backing from family, changes in hormones, deprivation of sleep along with various other factors can lead to postpartum mental health issues like postpartum depression and anxiety. #MomYouAreNotAlone is aimed at encouraging women through a campaign to pursue motherhood by taking care of themselves along with their little one, and it is going to make a difference in the community for mothers.”

Maternal child wellness coach Dr Mahima Bakshi, who is also associated with #MomYouAreNotAlone campaign, adds, “Postpartum depression is an issue that is rarely talked about openly, even as we see a number of new moms being told not to talk or read much about this subject. It is quite unfortunate that many people continue to consider it a taboo and hence the campaign by Mother Sparsh normalizes talking about postpartum journey and sharing their mental health issues with us. We are extremely proud and excited about the campaign, which would create more awareness on postpartum well-being for new moms, especially with regard to the role of partner and family in taking care of baby and the mother together. We need to openly talk about it instead of telling women not to read or talk about it. Postpartum Depression is undoubtedly a real issue and hence talking about it is a must. Small practices like postpartum exercises, meditation, eating well, walking, calming techniques and taking out me-time can play a major role in preventing postpartum depression.”