The device provides ultra-fast, 3D, high resolution imaging of neural networks which can be used for other researchers testing effects of new drugs or changes in body conditions like pressure and oxygen 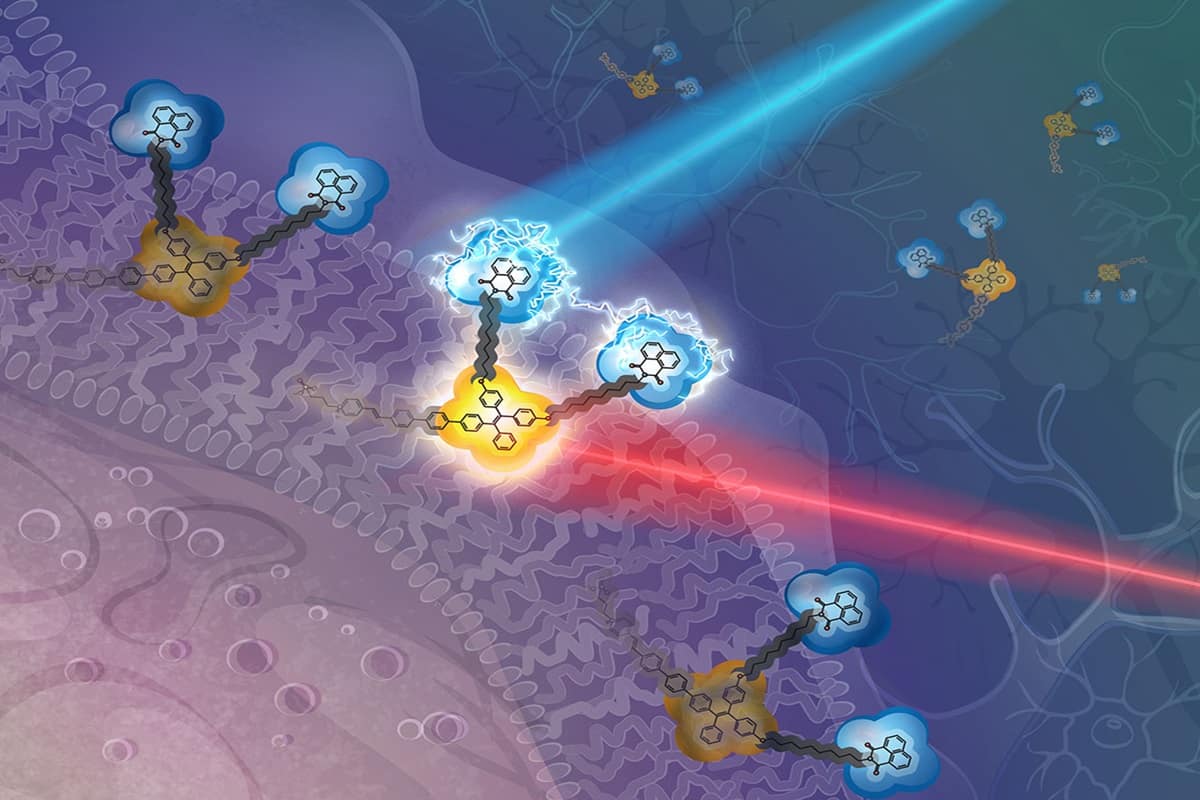 The triangle-shaped device is made of two small, connected molecules — much smaller than a virus and similar to the diameter of a DNA strand.

The triangle-shaped device is made of two small, connected molecules — much smaller than a virus and similar to the diameter of a DNA strand.

According to researchers, a bioelectrical current, which is the current that runs between our cells, is essential for our ability to think, to communicate, and to walk. In addition, there is a growing body of evidence that recording and altering the bioelectric fields of cells and tissue plays a vital role in wound healing and even potentially fighting diseases like cancer and heart disease.

The work, published in the Journal of Materials Chemistry C, was spearheaded by USC Viterbi professors Andrea Armani and Rehan Kapadia. The lead authors include Yingmu Zhang, a postdoctoral researcher in the Mork Department of Chemical Engineering and Material Science; and Jinghan He, a Ph D candidate in the USC Department of Chemistry. Co-authors include Patrick Saris, USC Viterbi postdoctoral researcher; and Hyun Uk Chae and Subrata Das, Ph D candidates in the Ming Hsieh Department of Electrical and Computer Engineering.

The Armani Lab was responsible for creating the new organic molecule, while the Kapadia Lab played a key role in testing how efficiently the “modifier” was generating electricity when activated by light.

In addition, because the reporter molecule may be inserted into tissue, it has the potential to monitor electric fields non-invasively, enabling ultra-fast, three-dimensional, high-resolution imaging of neural networks.

This can be extremely useful for other researchers who are investigating the impact of new medications or changes in environmental factors such as pressure and oxygen. For the first time, unlike many earlier technologies, it will accomplish this without causing damage to healthy cells and tissue or necessitating genetic alteration of the system.

“This multi-functional imaging agent is already compatible with existing microscopes,” said Armani, the Ray Irani Chair in Chemical Engineering and Materials Science, further adding that it will enable a wide range of researchers — from biology to neuroscience to physiology — to ask new types of questions about biological systems and their response to different stimuli: drugs and environmental factors. The new frontiers are endless.

Next steps for this multi-functional new molecule include testing on neurons and even bacteria. USC scientist Moh El-Naggar, a collaborator, has previously demonstrated the ability of microbial communities to transfer electrons between cells and across relatively long distances — with huge implications for harvesting biofuels.