The ‘Freebie’ culture between Pharma Companies and doctors: How does it work?

Although there are regulations in place that may get the licenses of doctors revoked for violating the code outlined in the IMC Regulations 2002, there is nothing to hold pharmaceutical companies accountable for the benefits doctors receive. 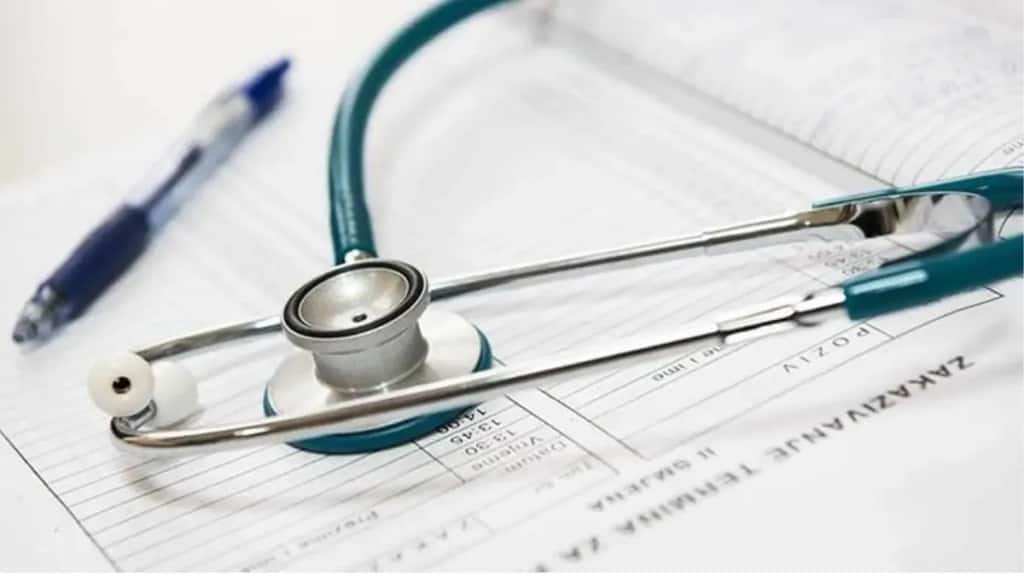 The company claims that it has led to an increase in the total value driven for the provider network by over 30 percent. (File)

The controversy around the Dolo-650 has again highlighted the “unholy nexus” between Pharmaceutical companies and the “unethical” marketing practices of these companies.

Dolo-650 has become a household name since the beginning of the coronavirus pandemic. The anti-inflammatory, fever-reducer drug was widely prescribed by doctors to treat high fever symptoms in infected patients.

In July this year, the Central Board of Direct Taxes (CBDT), the administrative body for the I-T department, accused the makers of the Dolo-650 tablet of indulging in “unethical practices” and distributing freebies of about Rs 1,000 crore to doctors and medical professionals in exchange for promoting its products.

However, last month, the Indian Pharmaceutical Alliance (IPA) cleared Micro Labs, maker of DOLO-650, of charges that it bribed medical doctors with freebies worth Rs 1000 crores in one year to promote its popular antipyretic.

“In view of interaction with the management of the company and the detailed reply, it is clear Rs 1000 crore expenditure on single brand Dolo 650 on freebies in one year is not correct,” IPA stated in an investigation report submitted to the National Pharmaceutical Pricing Authority (NPPA).

While hearing a PIL filed by the Federation of Medical and Sales Representatives Association of India seeking directions to make pharmaceutical companies liable for giving freebies to doctors as an incentive to prescribe their drugs, the Supreme Court described CBDT’s allegation against Dolo makers as a “serious issue”.

According to reports, the annual sales of Dolo 650 have been Rs 360 crores, about 8 percent of the company sales. Moreover, the drugmaker had maintained that despite the raw material cost tripling during COVID times, Micro Labs maintained its uninterrupted supplies without any price change as per the government fixed retail price of less than Rs 2 per tablet.

However, Dolo-650 isn’t the only case. Rather, it has opened a can of worms, that was not a secret after all.

According to the IT Department, the Dolo-650 maker had distributed freebies of about Rs 1,000 crore to doctors and medical professionals in exchange for promoting its products. These freebies also referred to as the “Doctors’ Commission” have always been a part of the system and pharma companies including some of the biggest names in the industry have always happily handed out gifts, in cash or kind to medical professionals to prescribe their brand of drug.

They have challenged the June 16, 2022 circular issued by the Ministry of Finance by which it was directed that pharma companies have to deduct TDS (tax deduction at source) at ten percent of the value of the free samples provided by them to medical practitioners.

Pharma marketing is governed by the Uniform Code for Pharmaceutical Marketing Practices (UCPMP), which is voluntary and has been in force since 2015. The Federation of Medical and Sales Representatives’ Associations of India (FMRAI) has been demanding that it be made a legal requirement. According to reports, since 2005, FMRAI had made numerous requests to the government to implement a statutory code for pharma marketing.

In 2019, an RTI reply from the Department of Pharmaceuticals (DoP) said that it had received complaints against 20 pharma companies for bribing doctors and medical stores between 2015-16, and against one firm in 2018.

In August, Apex court judge Justice D.Y. Chandrachud had described the issue as ‘serious’. Justice Chandrachud had also remarked that it was ‘music to his ears’ when he got to know that the manufacturer making an antipyretic drug ‘Dolo’ had allegedly spent exorbitant amounts of money on marketing.

Earlier this week, the Union government informed the Supreme Court that it thinks that the current voluntary code in place to prevent bribing of doctors by pharmaceutical companies is ‘adequate’.

“It is humbly submitted that the writ petition gives an incorrect impression that the extant legal regime is insufficient and inadequate to protect the citizens from unethical marketing practices by the pharmaceutical companies in their dealings with healthcare professionals,” the government has said in reply in the Supreme Court.

In December 2019, Delhi-based India Drug Action Network (AIDAN) had filed a complaint with the then minister Sadandanda Gowda based on the revelations by a whistleblower from Visakhapatnam who had accused the Indian subsidiary of a multinational company of providing direct payments and inducements to doctors in open violation of the Uniform Code of Pharmaceutical Marketing Practices (UCPMP).

In January 2020, the Madras High Court had directed the Union health ministry, Union chemical and fertilizers ministry, the National Pharmaceutical Pricing Authority, and the Medical Council of India to explain the action taken by them against doctors across the country for violating the code of conduct and accepting gifts, travel facilities, hospitality, cash or monetary grant from pharmaceutical companies and allied health sector industries in the past five years.

In February this year, India’s Apex Court made it clear that pharma companies can’t avail tax benefits on gifts to doctors as medical professionals are prohibited under the law from accepting them. This came after Apex Laboratories Ltd. claimed a full tax benefit on the expenditure of Rs 4.72 Crore incurred by it during the financial year 2009-10 towards hospitality, conference fees, gold coins, LCD TVs, fridges, laptops, etc., to medical practitioners for creating awareness about its health supplement ‘Zincovit’.

“These freebies are technically not ‘free’ – the cost of supplying such freebies is usually factored into the drug, driving prices up, thus creating a perpetual publicly injurious cycle,” the court said.

Following the IT raid at Micro Labs, the National Medical Commission (NMC) had sought from the Income Tax Department details of doctors who received freebies from six pharma companies including the Dolo 650 maker.

According to section 6.8 of the Indian Medical Council (Professional Conduct. Etiquette and Ethics) Regulations, 2002, the freebie “transaction” should not happen between pharmaceutical companies and doctors. This regulation reveals that medical practitioners shall not receive any gift from any pharmaceutical or allied healthcare industry and their salespeople or representatives including travel facilities, hospitality, cash or monetary grants, and funds for medical research.

The SC while hearing a PIL seeking directions to make pharmaceutical companies liable for giving freebies to doctors as an incentive to prescribe their drugs said that the issue of Dolo-650 makers distributing freebies of around Rs 1,000 crore to doctors is a serious issue.

A bench of Justices DY Chandrachud and AS Bopanna was told by senior advocate Sanjay Parikh and advocate Aparna Bhat, appearing for petitioner ‘Federation of Medical and Sales Representatives Association of India’, that the market price of any tablet up to 500 mg is regulated under price control mechanism of the government but the price of the drug above 500 mg can be fixed by the Pharma company concerned.

Parikh alleged that to ensure a higher profit margin, the company manufacturing Dolo tablets distributed freebies to doctors to prescribe the 650 mg drug. The advocate also said he would like to bring more such facts to the knowledge of the court after a response is filed by the Centre.

Talks about developing UCPMP began around 2005. Stakeholder meetings with civil society, drug firms, etc happened. In 2015, UCPMP was adopted as a voluntary code to keep unethical practices at bay. Reportedly, Pharma associations are responsible for ensuring this is followed by their members. DoP has said in 2020 that there is no provision for it to directly deal with complaints. SC now hearing plea to direct Centre to make UCPMP mandatory.

However, the government said last week that UCPMP is working ‘adequately, as per the provisions of the Code’.

“…this industry is one of the most regulated industries in India and follows all the regulations and guidelines. The industry is governed by the Uniform Code of Pharmaceuticals Marketing Practices (UCPMP). The Code addresses communication based on scientific evidence about the product and the related marketing practices.  The companies have set up systems and processes and further undertake the training of employees in this regard. The Code prescribes a procedure for lodging and handling a complaint. IPA has set up defined processes for handling the complaint, as required in the UCPMP,” a spokesperson of the IPA told Financial Express.com.

‘Need for regulation for drug promotion’

Although there are regulations in place that may get the licenses of doctors revoked for violating the code outlined in the IMC Regulations 2002, there is nothing to hold pharmaceutical companies accountable for the benefits doctors receive.

Doctors getting gifts, travel facilities, cash or other monetary benefits, etc from pharmaceutical companies was prohibited under it. Sometimes, doctors are subject to litigation under it, but pharma firms get away scot-free.

There are several laws and regulations enacted between 1945 and 1986 to regulate the manufacture, sale, and distribution of drugs. However, there is no law regulating drug marketing by medicine firms.

“Drugs and Cosmetics Act, 1940 regulates the manufacture, sale, and distribution of drugs. Drugs and Magic Remedies (Objectionable Advertisements) Act, 1954, and Consumer Protection Act,1986 are also in place. However, there is no law regulating the marketing and promotion of pharmaceutical companies. Hence the drug companies are becoming autocratic,” the petition said.

In countries like the United States, France, Germany, Hungary, Italy, UK, etc, there are stringent laws in place to reduce corruption in the pharma sector. The nexus between pharma firms and doctors continues to increase the sale of medicines. A study found that seven major pharma companies spent a total of Rs 34,186.95 crore on marketing in eight years, which significantly increased the price of the drug, the plea added.

According to reports, sales promotions account for about 20 percent of the cost of the drug as well. Retail medicines worth Rs 42,000 crore were sold in a year, most of which are unethical and harmful, FMRAI claimed in the petition. Authorities are ignoring these malpractices despite protests, it said.