Monkeypox is a self-limited viral zoonotic disease that occurs primarily in tropical rainforest areas of Central and West Africa and is occasionally exported to other regions. Some of the symptoms of the viral disease are fever, rash, and swollen lymph nodes, which may lead to a range of medical complications. 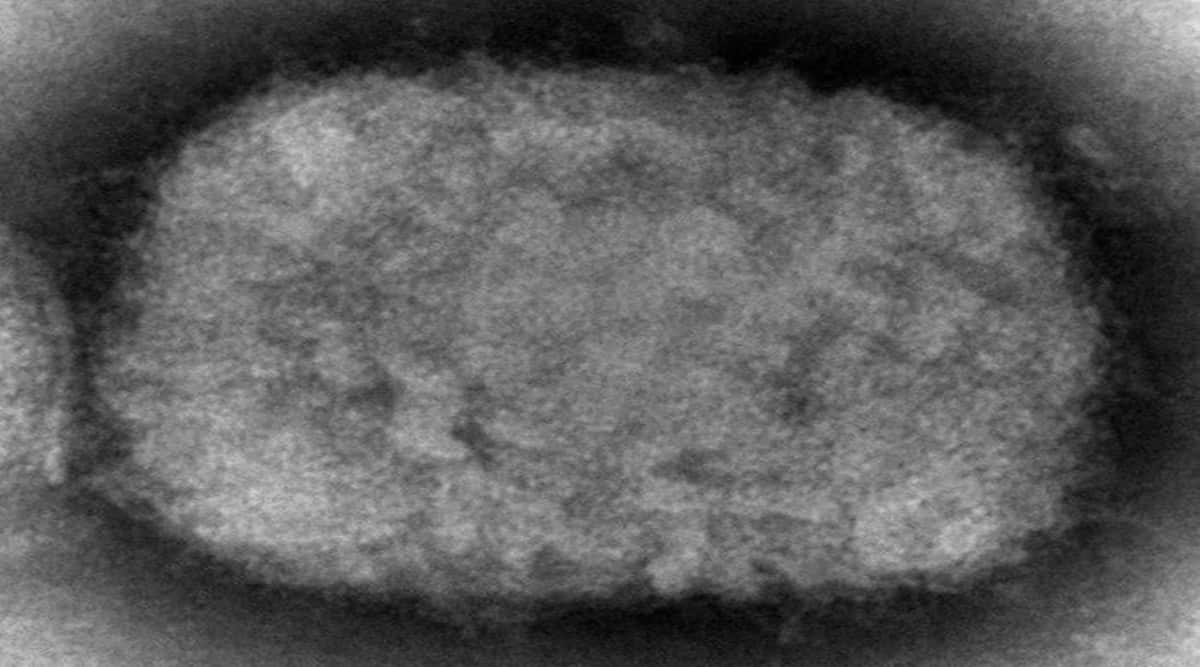 This 2003 electron microscope image made available by the Centers for Disease Control and Prevention shows a monkeypox virion, obtained from a sample associated with the 2003 prairie dog outbreak. Monkeypox, a disease that rarely appears outside Africa, has been identified by European and American health authorities in recent days. (Image Credit: AP)

The National Centre for Disease Control (NCDC) has issued instructions to states and Union territories to keep an eye on people who show symptoms associated with monkeypox and have a history of traveling to the affected countries. According to the reports, the suspected samples would be sent to the National Institute of Virology, Pune (NIV) for diagnosis. Reportedly, the NCDC advisory has asked public health authorities for heightened suspicion in people present with an otherwise unexplained rash and who have travelled, in the last 21 days, to a country that has recently reported confirmed or suspected cases of monkeypox. According to the officials, the suspected cases need to be isolated at designated healthcare facilities until all lesions have resolved and a fresh layer of skin has formed or until the treating physician decides to end isolation.

According to the advisory, the patients have to be reported to the district surveillance officer of an integrated disease surveillance programme. Additionally, laboratory samples of suspected cases consisting of fluid from vesicles, blood, sputum, etc have to be sent to NIV as per reports.

Monkeypox is a self-limited viral zoonotic disease that occurs primarily in tropical rainforest areas of Central and West Africa and is occasionally exported to other regions. Some of the symptoms of the viral disease are fever, rash, and swollen lymph nodes, which may lead to a range of medical complications.

Also Read
China reports cases of Langya virus. What is this new zoonotic disease that has infected over 30 people?
India at 75: Important healthcare achievement of the country since gaining independence
New Amrita Hospital is all set to open in Faridabad in August this year; 2,400-bed facility will become India’s biggest private hospital
S Sridhar resigns as MD of Pfizer; To take early retirement

Although Monkeypox has not been reported in India, health experts believe as new cases are being detected in various countries, the possibility of the disease occurring in India cannot be ruled out. Moreover, the cases that have been reported worldwide are both due to local transmission and travel to African countries. However, NCDC, and MoHFW has identified several public health actions to be initiated in the event of suspected cases being reported from India