Biomarker in liquid biopsy for lung cancer can be more reliable than tumour biopsy, study reveals

While conducting the study, researchers collected blood samples from two cohorts of 33 and 24 patients with non-small-cell lung cancer receiving immune-checkpoint inhibitors before and at the ninth week of treatment. 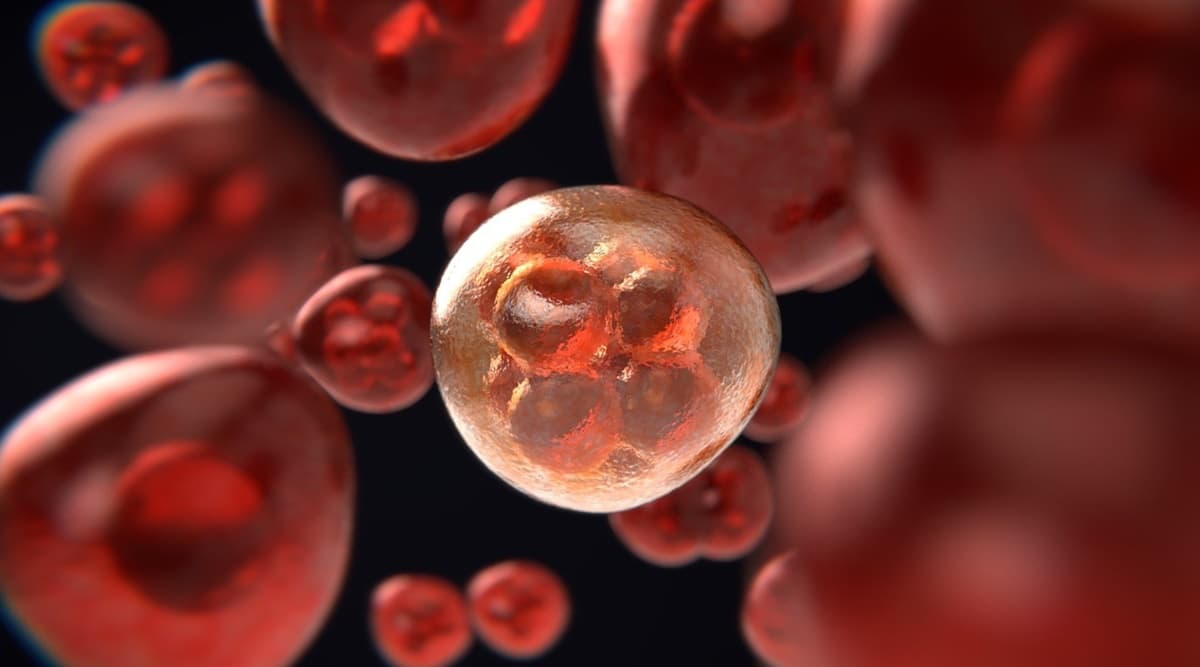 Moreover, the biomarker in blood, EV PD-L1, comes from extracellular vesicles, which are particles shed from tumour cells. (File)

Scientists of Mount Sinai have discovered that a simple blood test called a liquid biopsy can be a better predictor of whether cancer immunotherapy will work for a patient with lung cancer than an invasive tumour biopsy technique. The findings of the study were published in the Experimental & Clinical Cancer Research journal.

According to the scientists, the liquid biopsy tests for a biomarker of PD-L1 targets a type of immunotherapy called checkpoint inhibitors and it helps the patient’s immune system attack and kills cancer cells.

The study has revealed that testing the blood of lung cancer patients for the PD-L1 biomarker gave more accurate predictions of the response and survival for patients with lung cancer than testing for PD-L1 in tissue from lung cancer biopsies, current standard of care, as reported by news agency ANI.

Moreover, the biomarker in blood, EV PD-L1, comes from extracellular vesicles, which are particles shed from tumour cells. Moreover, a decrease of PD-L1 in extracellular vesicles in blood could therefore become a useful test to predict which patients with non-small-cell lung cancer could benefit from immunotherapy.

“These results will have an impact on the search for biomarkers to predict immunotherapy outcomes in patients with lung cancer as no truly reliable biomarkers have been found yet. If validated in larger prospective cohorts of patients, as we are working on now, this protein could complement or substitute for the tissue PD-L1 as the standard of care in these and other types of tumour patients receiving immunotherapy, especially because it is minimally invasive and can be repetitive during treatment, being able to detect changes in the tumour during the treatment in real-time,” said senior author Christian Rolfo, MD, PhD, MBA, Professor of Medicine (Hematology and Medical Oncology) at the Icahn School of Medicine at Mount Sinai, Associate Director for Clinical Research in the Center for Thoracic Oncology at The Tisch Cancer Institute, and President of the International Society of Liquid Biopsy.

While conducting the study, researchers collected blood samples from two cohorts of 33 and 24 patients with non-small-cell lung cancer receiving immune-checkpoint inhibitors before and at the ninth week of treatment.

The researchers also included a group of 15 patients receiving chemotherapy as controls. Extracellular vesicles were isolated from blood samples and the protein expression of PD-L1 was measured in each group at both time points. Researchers also measured imaging scans of patients’ tumours before treatment and evaluated them with an innovative imaging technology called radiomics to create a full model for the prediction of immunotherapy response.