Technological innovation to save your baby’s heart

In India, nearly 2,40,000 children are born every year with CHD. Congenital refers to ‘present since birth’ and these defects prevent the heart from working properly, affecting the health of the child. 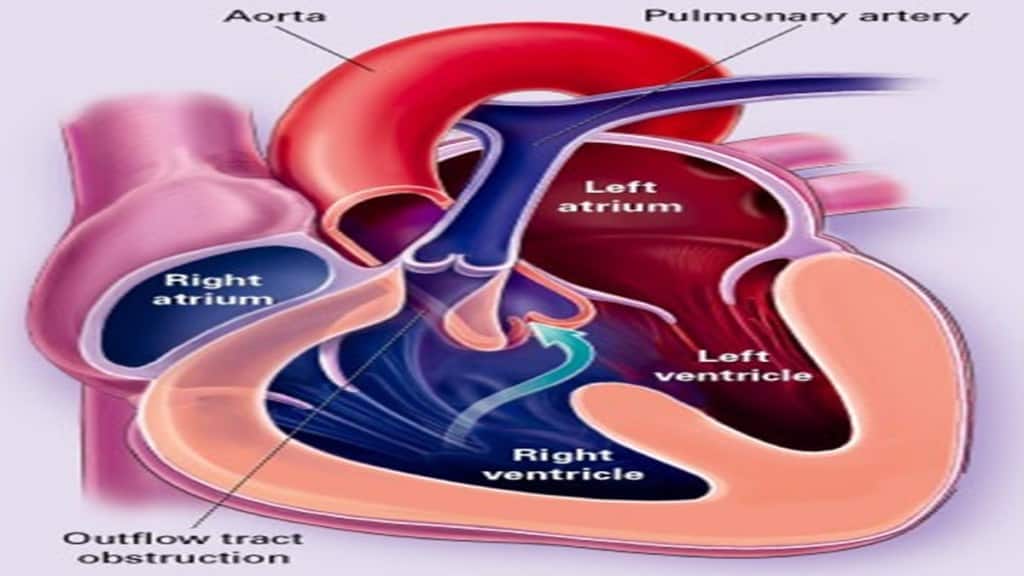 With the advancement in the medical technology, in minimally invasive procedures, a small device is inserted into the heart under the guidance of a special X-Ray present in the Cath Lab to seal the hole in CHD’s. Such procedures offer the advantage of faster recovery and fewer complications.

The birth of a child brings joy and contentment into parents’ life. But did you know that some children are born with potentially life-threatening problems or defects? Nearly 1 out of every 3 such birth defects are related to the heart and are called congenital heart defects (CHD). In India, nearly 2,40,000 children are born every year with CHD.  Congenital refers to ‘present since birth’ and these defects prevent the heart from working properly, affecting the health of the child. Depending upon their severity, they can also lead to death.

A baby’s heart is divided into four chambers. The two smaller ones in the upper half are called atria and are divided by a thin wall called the atrial septum. The two larger chambers in the lower half are called ventricles and are separated by the ventricular septum. Blood flow within the heart is unidirectional and is controlled by four gates called valves. The left side of the heart pumps oxygenated blood to the body via the aorta whereas the right side pumps deoxygenated blood to the lungs through the pulmonary artery.

CHDs can be broadly classified into two categories. One where the baby remains pink and the second where the baby tends to turn blue. The pink babies majorly suffer from ‘hole in the heart’ problems whereas the blue babies have more complex CHDs. The most common acyanotic CHDs (pink babies) in India include ventricular and atrial septal defects (hole in the atrial/ventricular septum) which occur in 20-30% or 10-15% of CHD cases, respectively. An abnormal connection between the aorta and the pulmonary artery called patent ductus arteriosus or PDA is commonly seen in premature babies and makes up another 5% to 10% of CHDs.

Recognizing the signs of symptoms of CHDs

Since there are two broad categories of CHD, pink babies i.e. babies born with a hole in the heart tend to have symptoms such as fast breathing, easily tired, difficulty in feeding and failure to thrive or inability to gain weight.

The other type of CHD results in blue babies where the babies tend to turn blue either during activity or even during rest. These kids show advanced or severe symptoms of heart defects and require early intervention. The defects in blue babies tend to result in the mixing of both oxygenated and deoxygenated blood, thus severely hindering the flow of blood to the lungs. Some symptoms seen in such babies include feeling fatigued, inability to carry out day to day activities and blue discoloration or darkening of lips, tongue and nailbeds.

Sometimes blue babies faint due to inciting events in the heart.

The treatment modalities for CHDs have come a long way over the past several years. Fifteen to 20 years ago when a child was born with such defects, open-heart surgery was the only option. These procedures had modest outcomes and the treatment modalities were tiring for both the parents and the child. Unlike today, the dictum in those days required the child to be a year old or at least weigh 10 kg before surgery, something that was not achievable in patients with CHD as they were unlikely to gain significant weight.

With the advancement in the medical technology, in minimally invasive procedures, a small device is inserted into the heart under the guidance of a special X-Ray present in the Cath Lab to seal the hole in CHD’s. Such procedures offer the advantage of faster recovery and fewer complications. Cardiologists nowadays can perform catheter-based procedures to plug the hole in PDA for babies as small as a few inches and weighing less than a kg with a pea-sized device known as Piccolo.

These advanced technologies have brought hope to patients with better odds at long-term survival and improved quality of life.

(The authors are Consultant Interventional Pediatric Cardiologist, Tender Hearts Clinic, Mumbai and Consultant Pediatric Cardiologist, G. Kuppuswamy Naidu Memorial Hospital, Coimbatore. The article is for informational purposes only. Please consult health experts and medical professionals before starting any therapy or medication. Views expressed are personal and do not reflect the official position or policy of the Financial Express Online.)