In Latin America, Anti-Snake Venoms (ASV) are produced by numerous public institutions along with strong commitments by Government Health Ministries. 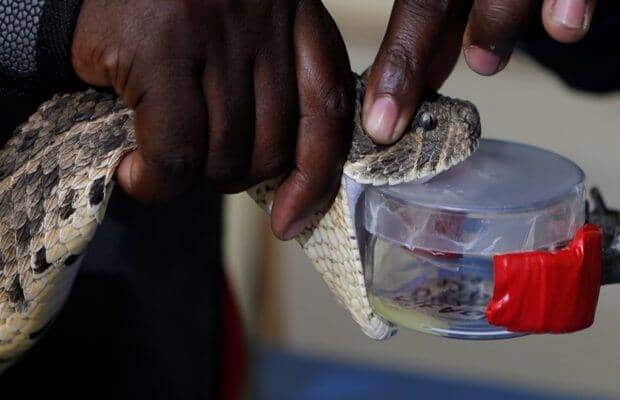 The World Health Organization (WHO) classified Snakebite within the group of Neglected Tropical Diseases (NTDs), which predominantly affect the most impoverished populations in sub-Saharan Africa, Asia, Latin America, and parts of Oceania. Today, Snakebite envenoming is a highly relevant public health problem on a global basis that kills and maims several hundred thousand people every year.

WHO estimates that 81,000–138,000 people die per year in the world due to only snakebites, where as about 94 percent of snakebite deaths occurred in rural areas and 77 percent occurred out of hospital or due to the unavailability of specialized hospitals. An average snakebite every month causes 10,417 total deaths, and these deaths ratio is greater than the death due to EBOLA in 26 months is 11,325(436 deaths per month).

Mortality and Morbidity Causes Due to Snakebite in India:

In India, every year between 45,000 to 50,000 people die because of snake bites and others are left with amputations and permanent disabilities. These mortality figures show that the snakebites in India are half of all the snake-related deaths in the world. The World Health Organization (WHO) has called for half global snakebite deaths by 2030 and this will require substantial progress in India. In India, Snakebite has remained a much-neglected subject in spite of the significant mortality and morbidity it causes.

India is the home of nearly 275 snake species, of which 60 are considered venomous and medically relevant, and with various levels of toxicity. Out of these 60 venomous species, only four venomous snake species are significant mortality and morbidity in India. These four venomous snakes are collectively referred to “Big Four” — Common Krait (Bungarus caeruleus), Russell’s viper (Daboia Russelii), Indian saw-scaled viper (EchisCarinatus), and Indian Cobra (NajaNaja).

Although, Snake behaviour depends on the geography of different regions in India, Venom (Protein) also varies of the same species in different regions, for example Common Krait found in South India will behave differently as compared to found in North India region.

Colombia is world famous for its snakes, it’s a home of nearly 300 snake species. Six families (Aniliidae, Boidae, Colubridae, Elapidae, Tropidophiidae, Viperidae) are within the infraorder Alethinophidia(advanced snakes) and three families (Anomalepididae, Leptotyphlopidae, Typhlopidae) are within the infraorder Scolecophidia (blind snakes). The interesting thing is that the largest snake ever known, Titanoboa, was discovered as a fossil in the northeastern region of Colombia. They could grow up to 12.8 m (42 ft) long and reach a weight of 1,135 kg (2,500 lb). Fossils of Titanoboa have been found in the Cerrejón Formation, and date to around 58 to 60 million years ago.

In Colombia, along the period 2008–2019, the annual cases of snakebites reported by theSistema de VigilanciaenSaludPública(SIVIGILA)- {English: National Public Health Surveillance System} of the Instituto Nacional de Salud(INS)–{English: National Health Institute}were 3,129 to 5,603, which is 7 to 11.1 cases/100,000 population per year. The majority of snakebite envenoming (90 to 95 percent) are inflicted by PITVIPERS (Viperidae family) and involve species from the genera BOTHROPS and PORTHIDIUM, most notably (50 to 80 percent) by BOTHROPS ASPER in lowlands and inter-Andean valleys.

In Latin America, Anti-Snake Venoms (ASV) are produced by numerous public institutions along with strong commitments by Government Health Ministries. In Colombia also the Instituto Nacional de Salud (INS) and LaboratoriosProbiol (PROBIOL) manufacture and commercialize in Colombia antivenoms generated from plasma of hyperimmunized horses with mixtures of venoms.

The Serpentario del Instituto Nacional de Salud(English: Serpentarium of the National Health Institute) is located at Hacienda Galindo, which is nearly 35 km away from Bogota (Capital of Colombia)in the municipality of Bojacá -Cundinamarca, it keeps in captivity poisonous snakes of the two families of medical importance in Colombia: Viperidae and Elapidae, species from all the biogeographic regions of the country, which are destined to obtain their poisons, which are in practice the first and fundamental input for the production of the anti-venoms produced by the INS. Hacienda Galindo is of 70-hector area and maintaining 40 to 45 horses to obtain hyper immune plasma (Plasma production is achieved through controlled and successive injections of poisons into healthy horse according to the immunization program) after 2 or 3 month by injecting the precisely measured mixture of venoms, such activities are aligned with the World Health Organization guidelines.

Hacienda Galindo well maintained with facilities where the snakes are kept by providing ventilation and heating system that adjusts the relative humidity and ambient temperature of the room, added to air exchanges that provide environmental conditions that favour well-being and comfort for their maintenance in captivity.The snakes are housed individually, attending to the biological needs of each species, ensuring their identification from entry and are subjected to a health plan that includes: biological and veterinary medical monitoring and a feeding program, all of which are aimed at their well-being. and good health, in order to obtain quality poison. Today, Instituto Nacional de Salud (INS) has the capacity to produce 25000 vials of Anti-Snake Venom (ASV)annually.

Although WHO categorised the sakes species in Category 1(CAT-1) and Category 2(CAT-2)for which antivenom production is important: however, species listed in Category 1 within a country, territory or area should be considered as being of highest priority for antivenom production on the basis that available knowledge implicates them as being responsible for the greater burden in that particular setting. Category 1 (CAT-1): Highest medical importance and Category 2(CAT-2) Highly venomous snakes capable of causing morbidity, disability or death, but for which: (A) exact epidemiological or clinical data may be lacking; and/or (B) are less frequently implicated (due to their activity cycles, behaviour, habitat preferences or occurrence in areas remote to large human populations) as show in Info-Graph.

How Colombia could help to develop Anti-Snake Venoms for India?

Today, Latin American numerous public institutions producing Anti Snake Venom for other countries, for example Costa Rica is producing for Sri Lanka, the venoms were collected from Sri Lankan snakes.Once this anti-venom has been developed and pre-clinically tested, a clinical trial will be undertaken in Sri Lanka.

Similarly, India – Colombia can sign a technology transfer agreement and provide the Venoms from different regions of Indian snake species, as we know that behaviour and venoms depend on regions in India. Instituto Nacional de Salud (INS) – {English: National Health Institute}Colombia can collect the venoms or bring Indian snake species in their facility to produce Anti-Snake Venom and pre-clinically tested, a clinical trial will be undertaken in India.

The involvement of World Health Organisation, Ministry of health, Ministry of External Affairs in efforts to produce safe, effective anti-venoms locally or regionally is of paramount importance also promote awareness and help coordinate regional and global efforts in this area through regional training workshops and other activities to promote guidelines on anti-venom manufacture and control. Also, programs can involve between India-Colombia for workshops and seminars, as well as a variety of activities aimed at enhancing the anti-venom production, quality control and capacity of manufacturers.

(The author is Director of International trade and Investment of Grupo 108, also Latin American and the Caribbean Countries Market Expert. Views expressed are personal and do not reflect the official position or policy of the Financial Express Online. Reproducing this content without permission is prohibited).

Next Story
Communication challenges between healthcare professionals and industry