India has made a commendable progress since April 7, 2004 when it began the rollout of lifesaving antiretroviral therapy (ART) for people living with HIV, but formidable challenges remain. 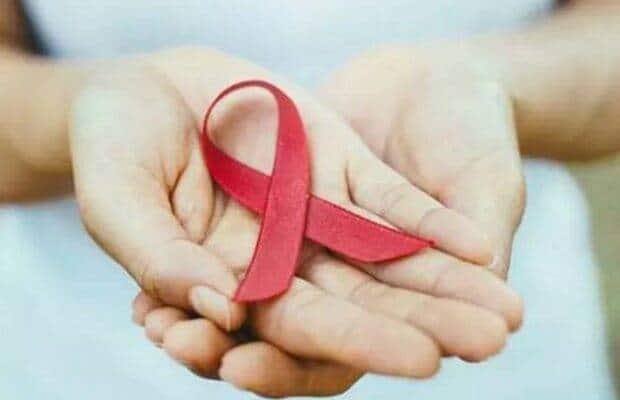 Grappling with Covid-19 pandemic for almost two years, the other crucial health issues like HIV, Tuberculosis, other infectious diseases similarly other non-infectious health emergencies and exigencies got neglected in India and elsewhere.

This World AIDS Day, experts from AIDS Society of India (ASI) has appealed stakeholders to get the HIV/AIDS Act 2017 implemented on war footing and also address the stigma and discrimination against people living with HIVs (PLHIVs).

The World AIDS Day observed globally on December 1, 2021 is a day to take stock of the situation that includes current scenario, mitigation strategies, what has been achieved and what is yet to be achieved and how best to move further.

“Even four years after the HIV / AIDS Act 2017 is in place, there are no appointments of state Ombudsman; which is a mandatory provision in the act. We yet to see a single prosecution under the provisions of this act and it no way connotes those violations have not happened. In fact there is an urgent need to create awareness about existence of the acts and its provisions,” according to Dr Ishwar Gilada, President, ASI, Governing Council member, International AIDS Society (IAS).

ASI has recommended that the law will be instrumental in ending all forms of HIV related stigma and discrimination. Now ASI is calling to ensure that all social security measures which are part of our legal framework must be guaranteed to every person living with HIV so that progress towards HIV care and support be fully galvanized, to prevent the act being termed as a ‘toothless act’.

Dr Gilada further added, “PLHIV are denied mediclaim policies, and they still mention HIV in exclusion criteria. Life Insurances have still provision to not allow PLHIV to take policies for insured sum more than 10 lacs. Despite ASI convincing the Insurance Regulatory and Development Authority of India (IRDAI) and it agreement with ASI, there is no headway. Despite the Transgender Persons (Protection of Rights) Act 2019, the transgender community continues to face denial and rejection in areas such as employment, health, and public services.”

Experts have advocated that without bold action against inequalities, India as well as other countries in the world risks will miss the targets to end AIDS by 2030, if we do not share the fruits of research and developments by way of supplying Covid-19 vaccines to Low and Middle-income countries.

India has made a commendable progress since April 7, 2004 when it began the rollout of lifesaving antiretroviral therapy (ART) for people living with HIV, but formidable challenges remain. India along with other nations worldwide missed meeting the target of zero discrimination by 2020. Zero discrimination milestone now has been shifted to 2030, albeit with a correction, “less than 10% discrimination by 2030”. India has a golden opportunity to end HIV related discrimination by fully implementing the HIV/AIDS (prevention and control) Act 2017.

India, with other nations globally, have promised to end AIDS by 2030 (109 months left to meet this target) as per the 2017 National Health Policy of Government of India and UN Sustainable Development Goals (SDGs) adopted by our country.

Grappling with Covid-19 pandemic for almost two years, the other crucial health issues like HIV, Tuberculosis, other infectious diseases similarly other non-infectious health emergencies and exigencies got neglected in India and elsewhere. That resulted in non-achievement of WHO target 90-90-90 by 2020; which was set for 90% of people with HIV should know their status, 90% of HIV infected people who know their status should be put on Anti-retroviral Treatment (ART) and 90% of those on ART should have their HIV-Viral loads suppressed.

“Thanks to scientific research and strong evidence that has given us tools to effectively prevent transmission of HIV, diagnose HIV, treat people living with HIV (PLHIV) so that they live fulfilling normal lives and manage co-morbidities as well as co-infections, but we have not satisfactorily leveraged this knowledge into action. That is why in 2020, when the world was reeling through the Covid-19 pandemic, 1.5 million people were newly infected with HIV, and 680,000 people died of AIDS-related illnesses globally.” Dr Gilada added.

“Forty years since the first AIDS cases were reported in the world, and 35 years since first case was reported in India, HIV still threatens us. Today, the world is off track from delivering on the shared commitment to end AIDS by 2030 not because of a lack of knowledge or tools to beat AIDS, but because of structural inequalities that obstruct proven solutions to HIV prevention and treatment,” Dr Gilada concluded.

Next Story
Digital transformation will democratize Indian Healthcare; Here’s how