After companies like Mankind, where the promoters have funded a foray into this space, Reliance Life Sciences, a major player that offers certain niche diagnostic services and is perhaps looking at others areas too, the latest entrant now is Lupin, one of India’s leading pharmaceutical companies. 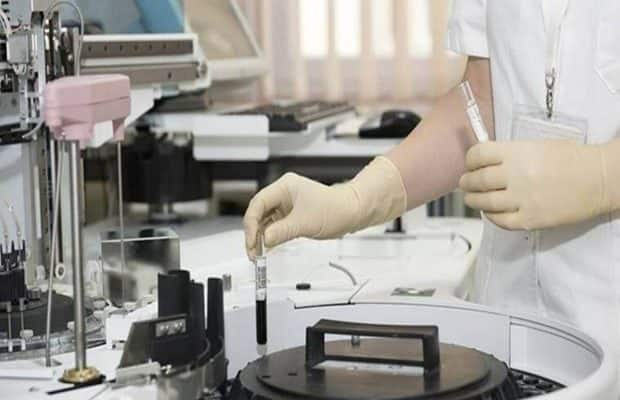 In a few days or most likely by the end of this month (October), Lupin is all set to launch its diagnostics operations – Lupin Diagnostics.

The over Rs 60,000 crore hyper competitive, highly fragmented Indian diagnostics market is attracting new entrants and a renewed interest from the promoters of leading Indian pharmaceutical companies. There are enough and more reasons: A ready-made doctor-connect. These companies have in place a huge network of medical representatives with access to doctors, who are already familiar with the company and therefore a connect that some may hope to leverage and build their franchise. Then, the unfolding pandemic and the spotlight on the centrality of diagnostic tests – things diagnostic labs did not have to seek or advertise for, adds another layer of incentive. This on top of a perception of diagnostics as a high growth space, makes for a synergistic business proposition. But then, challenges abound too.

After companies like Mankind, where the promoters have funded a foray into this space, Reliance Life Sciences, a major player that offers certain niche diagnostic services and is perhaps looking at others areas too, the latest entrant now is Lupin, one of India’s leading pharmaceutical companies. In a few days or most likely by the end of this month (October), Lupin is all set to launch its diagnostics operations – Lupin Diagnostics. It is being pitched as a hub and spoke model with presence across several major cities of the country offering a range of diagnostic services including: molecular diagnostics, sequencing, cytogenetics, immunology, microbiology, histopathology, cytology, clinical pathology among others. It has a 45,000 sq ft National Reference Laboratory in Navi Mumbai.

Many also see the diagnostics as a sector with low entry barriers. Broadly, market estimates put 60 per cent under pathology laboratories and balance with radiology. In all, roughly 10 to 15 per cent is held by organized players. However, most in this sector seem to see the share of corporate chains and hospitals offering diagnostic services more concentrated in urban locations and in large metros.

“We saw in it a market with a future plus we got the right people led by Sanjeev Vashishta,” says Ramesh Juneja, executive chairman, Mankind Pharma. Vashishta was the CEO of SRL Diagnostics earlier and is now the MD and CEO of Pathkind Diagnostics, the company that has been funded by the promoters of Mankind Pharma. Old Concept, New Appeal

One could argue that the concept of a pharma company making a foray into diagnostics is not new. In fact, SRL Diagnostics is itself a leading example of how a company (Ranbaxy) made a foray into diagnostics. Also, there have been other pharma companies in the past that have evaluated this space but opted out like for instance, Dr Reddy’s Laboratories dabbled into this space in late 1990s in a tie up with Gribbles Group from Australia but it apparently never really took off.

Analysts tracking this space feel that while it may appear as a high growth and high return business, scale is key to making money and getting there is much more than an overnight journey. For a leading player like SRL Diagnostics, it meant more than two decades to gather scale and has only now added girth to its growth story.

Scale Is The Key

Agrees Dr Arvind Lal, executive chairman of Dr Lal Pathlabs, a leading player in the North and East India and with ambitions of growing its presence in other geographies too. For instance, he points out that while Dr Lal Pathlabs was established in 1949 it was really since 2005 that it saw real growth and even then achieving scale has not been easy. From Rs 43 crore revenue back then, it has taken good 16 long years to close March 31, 2021 with a revenue figure of Rs 1581 crore. He reminds that the diagnostics space, “while it has low entry barriers, it is certainly not like selling a product and therefore with companies accustomed to peddling products, there is a risk of commoditization of the diagnostics sphere,” which, he sees as potentially risky because it could then start attracting players “who may want to just play around pricing of a product rather than on better diagnosis and accurate delivery of service and this could lead to an unhealthy competition and be a setback for the industry, where the focus ought to be on proper diagnosis, which is central to every treatment.”

While, to some, because of the connect with the doctors, diagnostics space lends itself to be viewed as a natural extension for the pharma industry, to others, it is a clear unrelated diversification for a business, where the core strengths lie around developing, manufacturing and distribution of medicines.

But then, the highly fragmented diagnostics arena in India with few national level players like SRL Diagnostics, Dr Lal’s Pathlab or Metropolis, means new entrants could still harbour hopes of emerging as yet another pan-India players.

Strength Of A Network

While to analysts, who have been tracking this space, what may work for pharma companies is their connect with physicians, already being leveraged to promote medicines and now, depending on the company and the inclination of a physician, some choosing to perhaps colour it with some incentives that could encourage prescription of certain drugs or perhaps get patients referred to the diagnostic labs. Established players usually tend to maintain that they eschew such practices but then the industry is replete with anecdotes on how the practice still continues.

Ask Juneja on the point about a network of medical representatives that are already engaging with the doctors and if they will also be promoting this, and he categorically says, “they will not.” Pathkind, he says, “is building its own network.” It is still early days and perhaps time to wait and watch, for some may forge ahead and some pushed behind. For the moment, what seem to matter to the doctor and the patient, is not where a test is conducted but who gives out the report faster and on this score, the individual diagnostic labs do tend to score high – a point some of the larger chains and players can hardly afford to ignore in the testing times ahead.