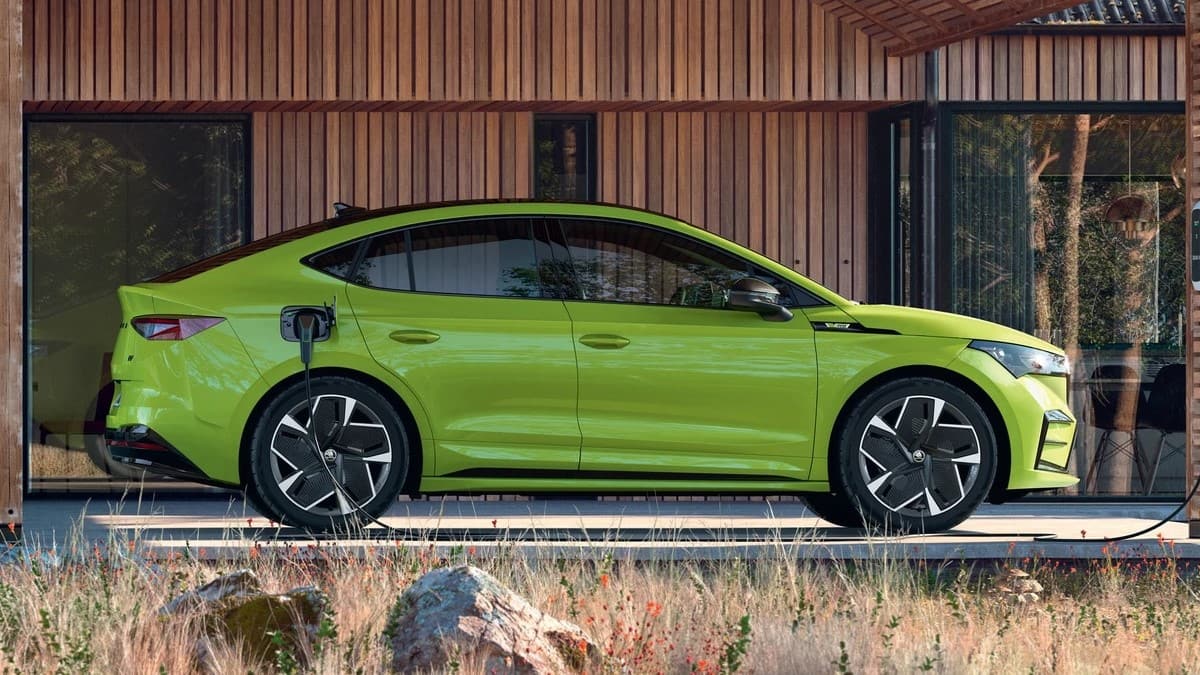 “Indian road conditions are very different compared with Europe where the Enyaq is being sold. We have just started testing it on Indian roads,” Zac Hollis, brand director, Skoda Auto India, told FE. “We will wait for the feedback post testing, and then take a decision on whether or not to launch it in India.”

The Enyaq is a premium electric SUV with a claimed range of up to 520 km.

“We will bring electric cars to India because we have made a long-term commitment to the market, and even our dealers have invested in the Skoda growth story. But I won’t be able to share the timeline right now,” he said.

On the Enyaq, in particular, Hollis said the carmaker will study whether to make it in India or import it as a completely built-up (CBU) unit. “The advantage of a CBU is you don’t have to make huge investments. Sales volumes are limited because of high taxes, but the car can enable our dealers to get ready for the electric mobility ecosystem,” he said.

The Volkswagen Group, of which Skoda is a part, has already started the electrification drive in India. Last year, the Group’s luxury brand Audi launched five EV models under the e-tron sub-brand, and Porsche launched the Taycan electric supercar.
On Monday, Skoda introduced the Kushaq Monte Carlo edition priced `15.99 lakh onwards (ex-showroom). An exclusive badging, the Monte Carlo edition pays homage to the carmaker’s motorsport heritage and Rallye Monte Carlo (Monte Carlo Rally), where Skoda has been competing for 85 years.

“Special edition models like the Monte Carlo drive incremental sales,” Hollis said. “These make the car model feel like brand new, even when it’s a year or two old in its life cycle. We have had a number of special editions over the years, such as L&K (Laurin & Klement), Monte Carlo, RS, etc.”

Sales are being driven by the Kushaq SUV (launched last year) and the Slavia midsize sedan, which was launched in February. Both were developed for India under the Volkswagen Group’s India 2.0 project. The Slavia has got over 10,000 bookings, and in April it became the highest-selling sedan in its segment, by selling 2,431 units.

According to data both from the Society of Indian Automobile Manufacturers (Siam) and compiled from carmakers, in FY22, midsize sedans formed just 2.6% of the market, down from 6.9% in FY17 and 6.4% in FY18. “A reason for the falling popularity of midsize sedans is there was nothing new for people,” Hollis said. “All carmakers have been launching SUVs, and this led to a lot of excitement around SUVs. Over the last few years, a dozen-odd all-new SUVs have been launched but very few all-new sedans. That is now changing. Data shows that after the Slavia was launched, competitors didn’t lose sales of their midsize sedans. This means the segment is expanding.”

After the Slavia, Honda launched the City e:HEV midsize sedan and Volkswagen will soon launch the Virtus, bringing more buyers to this segment. “This year, the midsize sedan segment will grow by 50%, for sure,” Hollis added.

In addition to the Kushaq and the Slavia (`10-20 lakh segment), Skoda sells more expensive models like the Kodiaq, the Superb and the Octavia (all above `20 lakh), and the next opportunity possibly lies in the sub-`10 lakh segment. “I don’t have a brand new car that I can announce right now, but the volume opportunity lies in more affordable cars. There is more competition, but there are also more sales that can be had,” he said. “At the same time, we will continue bringing improvements to all the five models we have.”

On the ongoing semiconductor shortage issue, he said that the Volkswagen Group is prioritising the carmaker in terms of supplies. “We are a priority market for Volkswagen Group worldwide because we are launching cars and are getting good supply of chips. Yet it is a challenge; for example, in June, I am not sure which kinds of chips will have supply shortage. So, it is difficult to plan and give the right delivery date to customers. But we are keeping the production line growing,” he said.