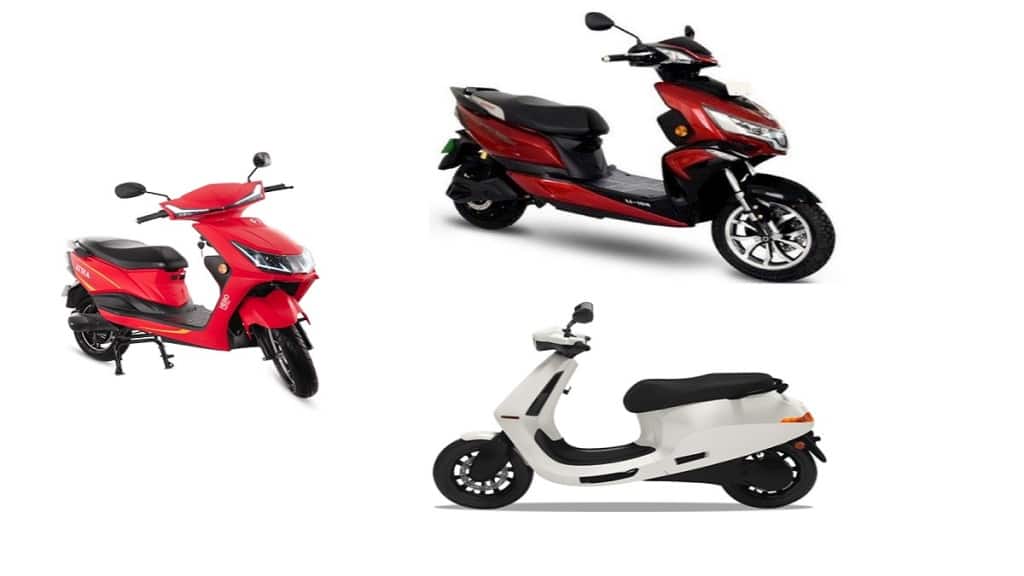 The electric two-wheeler segment is buzzing and accelerating to the fast lane. In what may be a sign of the coming to age of consumers and a higher acceptance for electric vehicles, the retail sales number in the first quarter of FY2023 has surpassed the 1 lakh sales milestone mark.

In what seems to be an aggressive battle for the number one spot, Ola Electric has grabbed the top position from Okinawa Autotech by a meagre margin of 532 units in the first quarter of FY2023. For the first three months of the new fiscal, Ola averaged retail sales of 9,276 units, while Okinawa Autotech reported 9,098 sales per month.

Hit by semiconductor shortage and Hero Electric saw its production impact spillover towards not being able to meet customer demand. The company sold 15,915 units in the first three months in Q1 FY2023. The average sales was 5,305 units per month.

Greaves Cotton-owned Ampere Vehicles which recently has received interest from Abdul Latif Jameel to invest Rs 1,700 crore sold 6,304 units on an average, retailing 18,913 units in the first three months of the new fiscal.

Bangalore-headquartered Ather Energy is gearing up to launch new e-scooters that are aimed to bring in more volumes. The company reported sales of 3,135 units on an average, with total sales of 9,586 units in the first quarter.

Road ahead for electric two-wheelers
Avik Chattopadhyay founder, Expereal, a brand consultancy firm believes that “this is an extremely positive demonstration of the potential electric two-wheelers have in India. In fact, India’s primary electrification will happen in two-, three-wheelers, and buses.  The passenger vehicle segment will see much slower electrification and that too more in fleet operations than individuals.”

It is a well-known fact that the barrier for entry in the electric two-wheeler space is comparatively easier than its IC-vehicle counterparts. But the ground reality is that while there seems to be a growing demand in the market, the supply chain has not matured enough or in simple terms has not kept up a similar pace with the OEMs expectations.

“Given the production capacity claims of a few electric two-wheeler manufacturers, meeting demand should not be a problem as long as the semi-conductor supplies are taken care of. Small capacity players might have to take a business call on expansion. And the entry of certain legacy two-wheeler makers will certainly add to the manufacturing capacity,” adds Chattopadhyay.

Som Kapoor, Partner, Ernst & Young echoes a similar view he says, “The electric two-wheeler sales are going to grow sustainably for the coming years. Electric two-wheeler especially the scooters are in the considerate set for consumers now. The market will further grow once the legacy players will enter the market with their multiple product offerings. At present, they are just waiting for the market to mature up a bit.”

Entry of IC-engine players in EV space
Also, important to note is the fact that while electric two-wheeler sales are growing significantly once “the big players make their move.” And no doubt there will be consolidation, while at present there are more than two dozen players in the market, the ones who will innovate and have capacity to invest will be able to grab a piece of the market, others may get acquired or washed out.

Giving the fillip to the industry has been the State and FAME II incentives. Just last week, the GST council slashed taxes on electric vehicles sold without batteries to 5 per cent, this is expected to further drive the ‘Battery as a Service’ model.

“This has been a move to further incentivise adoption of electric two-wheelers as well as promote the practice of battery swapping. Battery-as-a-Service will certainly work in the institutional / fleet operations as long as clear and strict regulations are in place. With owned and controlled charging and swapping infrastructure, the fleets will certainly benefit from BaaS,” adds Chattopadhyay.

The legacy players too have started testing waters, what with Bajaj Auto’s re-entry in the scooter space with the electrified Chetak or TVS Motor Co’s iQube, which also recently got a new powerful battery. On the other hand, Hero MotoCorp is gearing up to launch its first electric scooter offering in the coming months, while Honda Motorcycle & Scooter India is also in the testing and validation phase.

Chattopadhyay believes that “there is still a long way to go for electric two-wheeler penetration and ownership. In that context, electric and IC two-wheelers can easily coexist for quite a few more years before the electric one overtakes and eats into the IC type. Only in the case of service providers operating in the metro cities, we might see some switching over to IC to electric two-wheelers to financially benefit from the incentives and the lower operating costs.”

Only time will tell that with rising fuel costs and high-range offerings will electric two-wheeler sales especially in the scooter segment start chipping away IC-scooter sales.