Toyota unveils the Hilux pickup in India. The carmaker has not revealed prices but announced that deliveries will begin in March, along with an official price announcement. The Toyota Hilux will be available in two trims, both powered by a 200 bhp diesel engine. 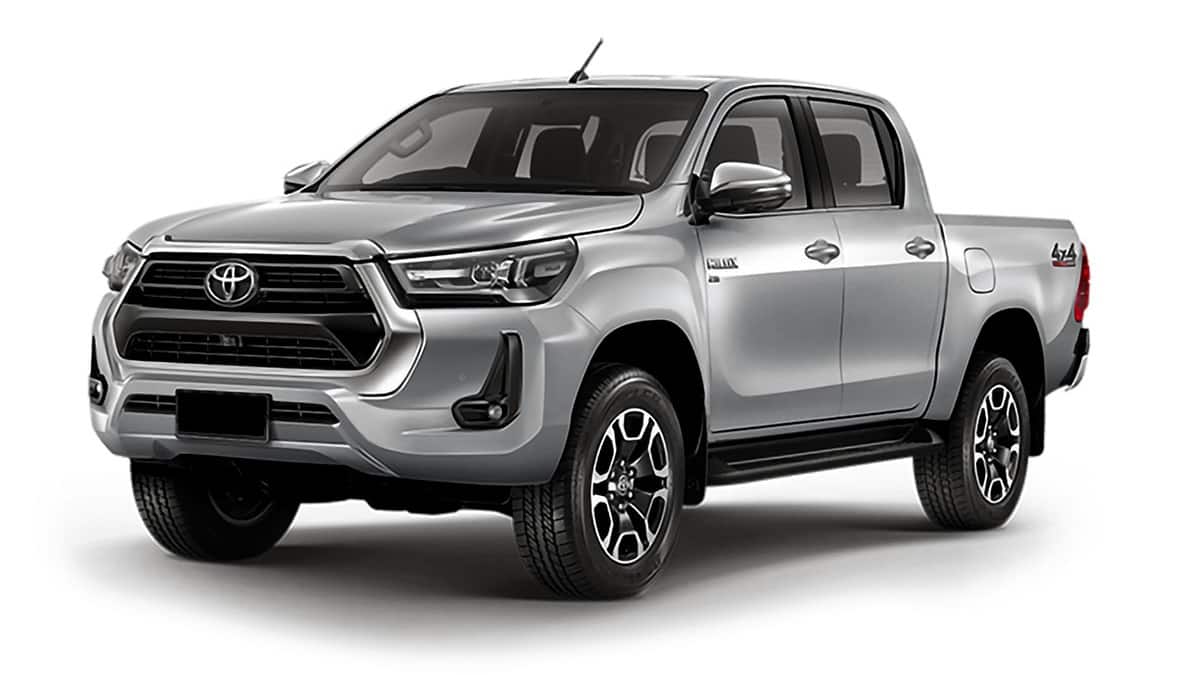 After what seems like an eternity to many enthusiasts, Toyota unveils the Hilux pickup in India. Bookings for the Hilux are now open while Toyota will make the official price announcement in March when deliveries are set to begin. The Hilux is available in two variants – 4X4 Low and 4X4 High. The former gets a manual transmission, while the latter gets an optional automatic gearbox.

The Hilux is one of Toyota’s best selling models globally, having been in production since 1968, and has the reputation of being indestructible. Toyota sells the Hiluyx in more than 180 countries globally. The Hilux has been synonymous with expeditions, making its way to both, the North and South Poles. The Toyota Hilux also competes in the toughest motorsport event in the world, the Dakar Rally, having won the 2022 edition in the hands of Nasser Al-Attiyah.

In terms of design, the new Toyota Hilux features a bold grille, in line with the other Toyota models, LED projector headlamps and tail lamps, 18-inch alloy wheels, and more. Inside, the new Hilux features an all-black leather interior, dual-zone climate control, front parking sensors, and an 8.0-inch tablet-style infotainment system with Android and Apple CarPlay connectivity. As with the colour options, the Hilux 4X4 Low variants come in Super White and Grey options, while the 4X4 High variant comes in Pear White, Emotional Red, Silver and Grey colour schemes.

Power is derived from a 2.8-litre four-cylinder diesel engine capable of producing 201 bhp and 420 Nm of torque with a manual gearbox, while the automatic gearbox helps produce 500 Nm of torque. The Hilux gets two drive modes (Eco and Power), while it can carry a payload of 435 kg.

The Hilux retains its off-roading pedigree with a water wading capability of 700 mm, along with electronic differential locks, and a tyre angle monitor that helps occupants keep an eye on the front tyres when going off-road. The new Toyota Hilux also gets a limited-slip differential when the going gets tough. Other electronic aids include Downhill Assist Control and Active Traction Control.

Finally, speaking of safety features, the Toyota Hilux has secured a 5-star safety rating from ASEAN NCAP. The pickup gets 7 airbags as standard, ABS with EBD, Brake Assist, Emergency Brake Signal, and ISOFIX child seat anchors amongst others. The Hilux has no direct competition in India, however, the Isuzu V-Cross is its closest rival, priced at ~INR 22 lakh, ex-showroom Delhi.