Shriram City has achieved the milestone of disbursing the highest-ever loans. In November 2021, the company disbursed loans amounting to Rs 1,022 crores to 1.6 lakhs two-wheeler owners in the country. 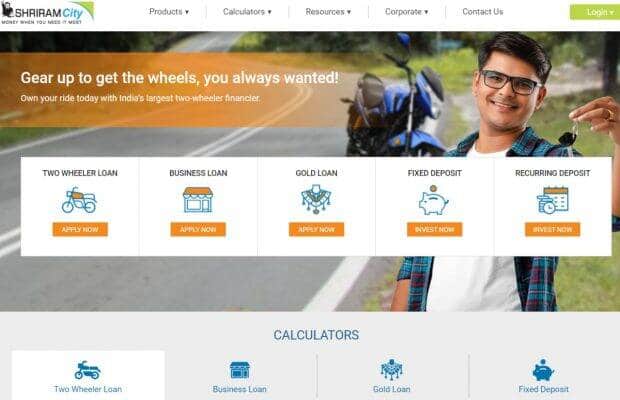 Shriram City Union Finance Limited, a part of the Shriram Group, is India’s largest two-wheeler financer (based on the number of two-wheelers financed). This Chennai-based two-wheeler NBFC (Non-Banking Financial Company) recently announced that the company has disbursed the highest ever loans last month. In November 2021, Shriram City disbursed loans amounting to Rs 1,022 crores to 1.6 lakhs two-wheeler owners in the country.

According to the company, this is the second consecutive November when Shriram City has managed to cross the Rs 1,000 crore disbursement mark in India. The company says that its “attractive financing offers during the festive season have stood out as one of the key drivers, with an additional push by the increase in people movement and recovery in rural demand leading to elevated disbursements.”

Moreover, with the increasing demand for electric vehicles (EVs) in the Indian market, the NBFC foresees a rise in the average loan ticket size which will help them in touching new milestones. Now, talking about Shriram City’s some key milestones, they entered the two-wheeler lending space in the year 2002. Today, it is one of the most preferred two-wheeler financing companies in the country with a market share of around 20 per cent of all vehicles financed pan-India.

The company recently achieved the milestone of one crore two-wheeler financing in India. As per the company, it took them 15 years to finance the first 50 lakh two-wheelers while the next 50 lakh customers were added in under 4 years. Currently, Uttar Pradesh, Tamil Nadu, Maharashtra, Andhra Pradesh, and Madhya Pradesh are the largest contributing states to Shriram City’s two-wheeler financing business with North India following closely.