The passenger vehicle (PV) sales in India is witnessing gradual signs of improvement. And if things go by the way they are the PV segment is headed for its best-ever sales year. 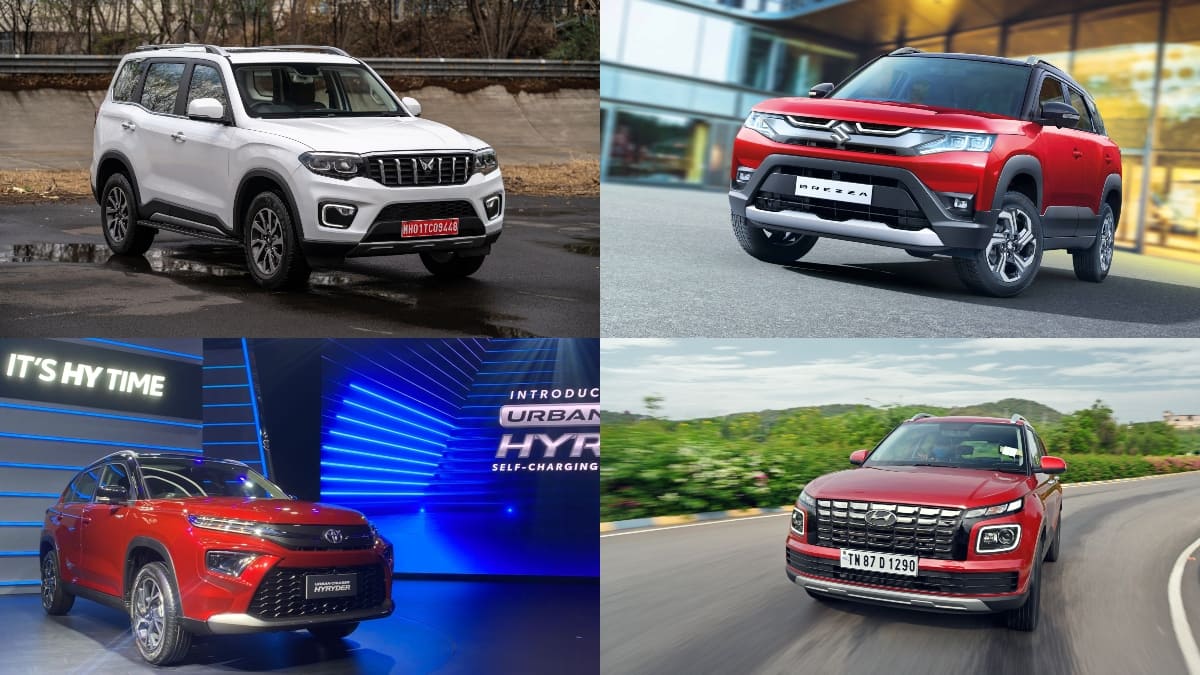 For the month of June, the overall passenger vehicle sales came at 3,20,849 units, which marks a 25 per cent growth YoY. What’s interesting to note is that despite supply chain constraint, long-waiting periods, the consumer demand continues to remain robust. In fact, looking at the month gone by, the industry saw some big blockbuster launches and unveils especially in the SUV segment like the – new Maruti Suzuki Brezza, the Toyota Urban Cruiser Hyryder, Hyundai Venue facelift and Mahindra’s Scorpio-N.

In terms of sales performance of the carmakers in the country, Maruti Suzuki India, the country’s largest passenger vehicle maker was the only carmaker in the red, with wholesales of 122,685 units compared to 124,280 for the same period last year. The ongoing semiconductor shortage has made it difficult for the auto industry as a whole to be able to meet customer demands. On the other hand, the company continues to see a robust demand for CNG products, where it is also looking to introduce newer models.

With 49,001 unit sales Hyundai Motor India climbed back to the second spot registering a 21 per cent YoY growth.

Tata Motors reported its best ever monthly wholesales at 45,197 units, which was a 87 per cent YoY growth, albeit a low base. Shailesh Chandra, MD, Tata Motors Passenger Vehicles and Tata Passenger Electric Mobility said, “Demand for passenger vehicles continued to stay strong in Q1 FY23 even as the supply side remained moderately impacted due to the lockdown in China. Overcoming the challenges, Tata Motors posted record-breaking monthly sales (June’22) as well as quarterly sales (Q1 FY23). Electric vehicle sales attained new heights with quarterly sales of 9,283 in Q1 FY23 and the highest-ever monthly sales of 3,507 units in June’22. Nexon EV Max launched in May’22, has witnessed strong demand. Going forward, we expect the supply side, including that of critical electronic components to progressively improve. We will continue to keep a close watch on the evolving demand and supply situation and take appropriate actions.”

For Mumbai-headquartered Mahindra has seen an improved demand for its key products the Thar, XUV700 and now the recently launched Scorpio-N is expected to further contribute to growth. The company reported wholesales of 26,880 units, which was 59 per cent higher compared to the same period last year.

Veejay Nakra, President, Automotive Division, Mahindra & Mahindra said, “Q1FY23 is our second consecutive highest SUV sales quarter. This has been made possible due to continued robust demand for all our brands including XUV700, Thar, Bolero and XUV300. We sold 26,620 SUVs in June and overall, 54,096 vehicles, registering a growth of 64%. XUV700 achieved yet another milestone of being awarded the coveted Global NCAP ‘Safer Choice’ Award for being the safest car in India. This accolade is only available to automakers achieving the highest levels of safety for vehicles sold in India. We had a blockbuster launch of the Scorpio-N and it has generated tremendous buzz and anticipation. The supply chain situation continues to remain dynamic; we are monitoring the situation closely.”

In terms of key highlights, on back of key launches such as Slavia and Kushaq Skoda Auto India reported sales of 6,023 units, compared to 734 units for the same period last year.

While the industry has been grappling with numerous challenges, be it the semiconductor shortage, hike in raw material prices, fuel price hike, the fact that India has one of the lowest vehicle penetration per capita, the fundamentals remain strong.

With the government of India’s looking to make vehicles safer by mandating 6 airbags compulsory, the introduction of the Bharat NCAP rating going forward there will be a significant challenge, especially for the entry-level hatchback market, which is dominated by Maruti Suzuki India. Also, retail inflation and food inflation have caused severe stress in the rural market. A slowing growth from rural India could very well impact the industry potential.

Nikunj Sanghi, CEO, JS Fourwheel said, “The current retail sales are in stress, especially the entry-level segment. The industry is seeing a huge challenge not just because of the semiconductor shortage but also the fact that there is rural stress, high food inflation, an increase in vehicle prices and also the hike in interest rate. This has led to the prices of entry-level vehicles becoming quite expensive. Despite India having low penetration of vehicles per capita, this will further put stress on the entry-level segment. There is also the challenge of high inventory for dealers.”

But on the flip side, if there are no major disruptions, the passenger vehicle segment in FY2023 will set a new record. Do keep reading this space for more.