Ahead of its launch, Audi has started making the Q5 in India, at its Skoda Auto Volkswagen India Private Limited (SAVWIPL) plant in Aurangabad. The new Audi Q5 is expected to go on sale in India soon. 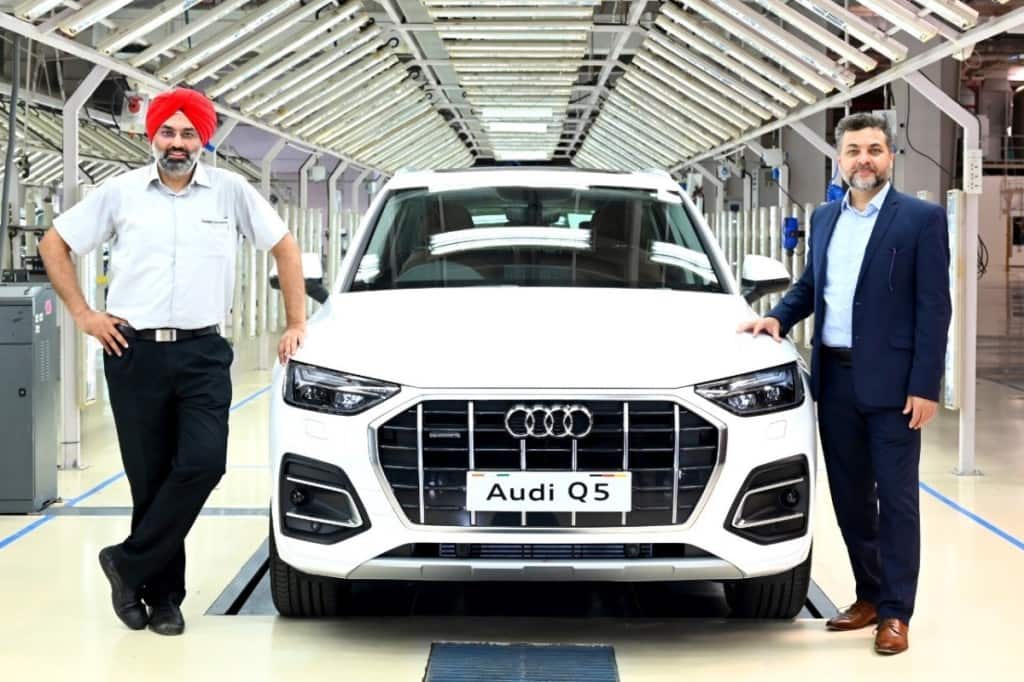 Following Mercedes’ launch of the made in India S-Class, Audi has announced that it has commenced production of its Q5 SUV in India, at its Skoda Auto Volkswagen India Private Limited (SAVWIPL) plant in Aurangabad. The new Audi Q5 made its global debut last year and is expected to go on sale in India soon.

Compared to the outgoing model, the new Audi Q5 gets a more aggressive front fascia, owing to its new single-frame grille and headlight design. The bumpers also see a tweak in design, along with new fog lamps and a twin-tip exhaust at the rear. Overall, the design looks sharper.

In terms of power, the new Audi Q5 facelift is expected to get a 2.0-litre turbocharged petrol engine, tuned to make 241 bhp and 370 Nm of torque. The engine will come paired to a seven-speed dual-clutch gearbox that will power all four wheels using Audi’s quattro technology.