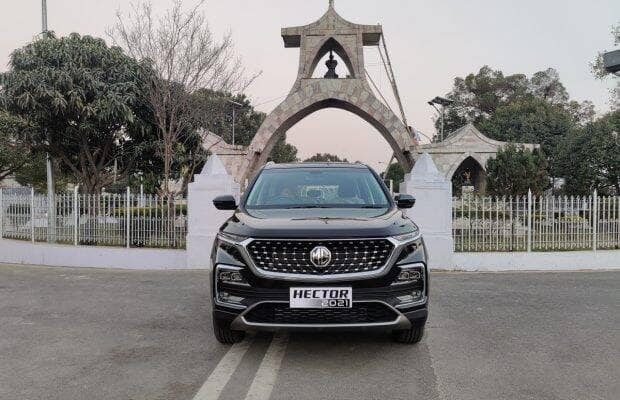 MG Motor is aiming at expanding its footprint across South Asian countries. The carmaker has announced that the Hector SUV will be exported to other countries in South Asia, and will begin by commencing exports to Nepal. The export models of the MG Hector will be made at the MG’s plant in Halol, Gujarat.

MG Motor India began its commercial production in India on May 6, 2019, launching its first model, the MG Hector, in June 2019. The MG Hector, to date, has sold over 72,500 units in India. Apart from the Hector, MG also sells the ZS electric vehicle and the recently launched MG Astor. MG also announced that the company will launch a mass-market electric crossover by the end of 2022, priced under ₹15 lakh. This new launch will compete with the Tata Nexon.

Speaking on the commencement of exports, Rajeev Chaba, President, and Managing Director, MG Motor India, said, “MG Motor India is constantly progressing its operations, expanding the market reach, stakeholder base, and adding new customers and partners to the MG family. Taking this spirit forward, MG is geared up to expand its footprint across the other South Asian countries starting with Nepal. Hector has played a vital role in establishing our prowess in an Auto industry as dynamic and aggressive as the Indian Auto space, and we are looking forward to driving interest in Nepal with the launch of MG Hector.”

In Nepal, MG will sell the Hector through Paramount Motors Pvt. Ltd, the carmaker’s Nepal dealer partner. In tandem with the Zonta Club of Kathmandu, Passion Drives will support initiatives around raising awareness on the importance of speaking up against domestic violence, work/public place harassment, and child marriage. The dealer partner will further work in areas of community development and other social responsibilities under the MG SEWA initiative.