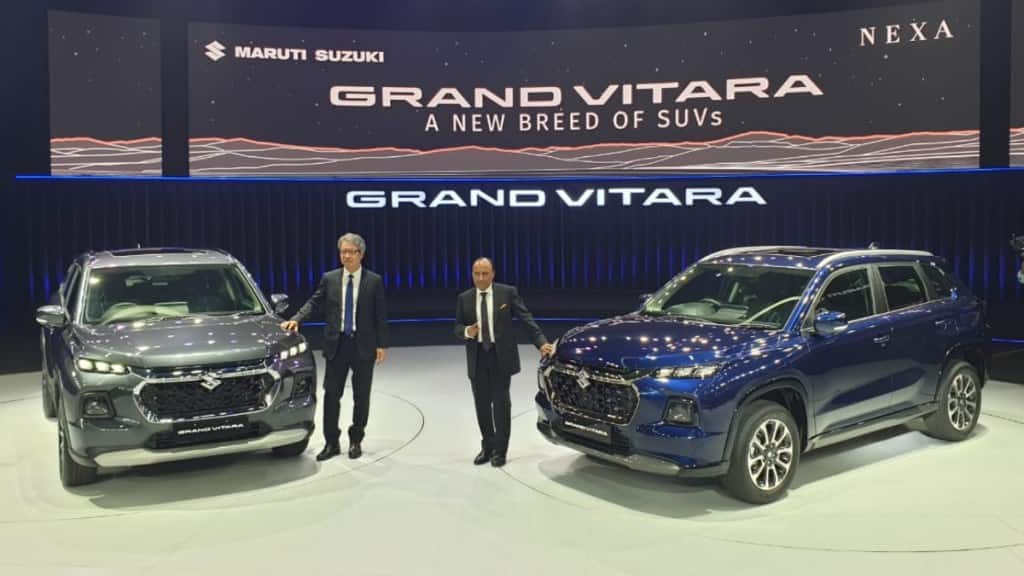 Maruti Suzuki India is looking to regain 50 per cent market share in the passenger vehicle (PV) segment with the introduction of two new sport utility vehicles (SUVs) within a span of three weeks, according to a senior company official.

The company had a market share of 51 per cent in the PV segment in FY19 as well as in FY20. However, it dropped to 48 per cent in FY21 and further to 43 per cent in FY22. This was owing to weak presence in the SUV segment, particularly mid-size, and supply-side constraints hampering the company’s production capacity.

In order to give a boost to its SUV portfolio, the company launched the new Brezza compact SUV on June 30. On Wednesday, it unveiled the new Grand Vitara mid-size SUV.

The SUV segment accounted for 40% of the overall PV market share in FY22, with entry-level SUVs making up 22 per cent, mid-size 17 per cent and premium 1 per cent. While Maruti has a substantial share in other PV segments — 70 per cent in hatchback, 48 per cent in sedan, 60 per cent in multi-purpose vehicle (MPV) and 98per cent in vans, it has been lagging behind in the SUV space with merely 13.5 per cent share.

“We are targeting 50 per cent market share,” Hisashi Takeuchi, MD and CEO, Maruti Suzuki India, said. Takeuchi said that though Maruti is “very strong” in the small passenger car market or the MPV segment, it is also targeting to achieve a substantial share in the SUV segment. “But I don’t think it can be done so easily because there are 57 models available in the SUV space now and out of those, we have only two (Brezza and Grand Vitara). So, we still need to expand our SUV portfolio and this should increase our market share. But that will not be an easy task,” he added.

The mid-size SUV segment registered volumes of 540,000 units in FY22, growing by 45 per cent in the last years. “This segment size is estimated to double in the next three to four years,” Takeuchi said.

Both Grand Vitara and Urban Cruiser Hyryder will be produced at TKM’s manufacturing facility in Bidadi, Karnataka, from August. Their sales will commence in September.

Asked if Maruti will also produce Grand Vitara at any of its plants, Takeuchi said that producing one model at two factories will not be economical as more investment will be required.

“The SUV segment is 40 per cent of the total market and almost half of them are mid-size SUVs, which are not cheap. They are expensive, but then people are buying, and buying like high-grade variants with more features. So the market situation has totally changed,” Takeuchi said.

The Grand Vitara will be sold from Maruti’s Nexa retail channel, which has completed seven years in India and now boasts of as many as 420 showrooms across the country, having a customer base of over 1.7 million. Maruti also sells hatchbacks like Ignis and Baleno, Ciaz mid-size sedan and XL6 MPV from Nexa showrooms. Another model, S-Cross, sold from the same outlet was recently discontinued by the company.

Based on Suzuki’s Tect platform, the Grand Vitara gets both mild-hybrid and strong-hybrid powertrains and is claimed to be India’s most fuel-efficient SUV with an economy of 27.97 km per litre. Takeuchi observed that like EVs, Maruti is also expecting the government to support hybrid and other technologies, like CNG or flex fuel.

On a question on Maruti introducing a strong hybrid system in other cars in its portfolio, he said: “We will see how it goes in the new Grand Vitara. If it is successful, we will consider.”