The new Jeeto Plus CNG CharSau comes with a claimed range of 400km with best-in-class mileage of 35.1 km/kg; load carrying capacity of 650kg. 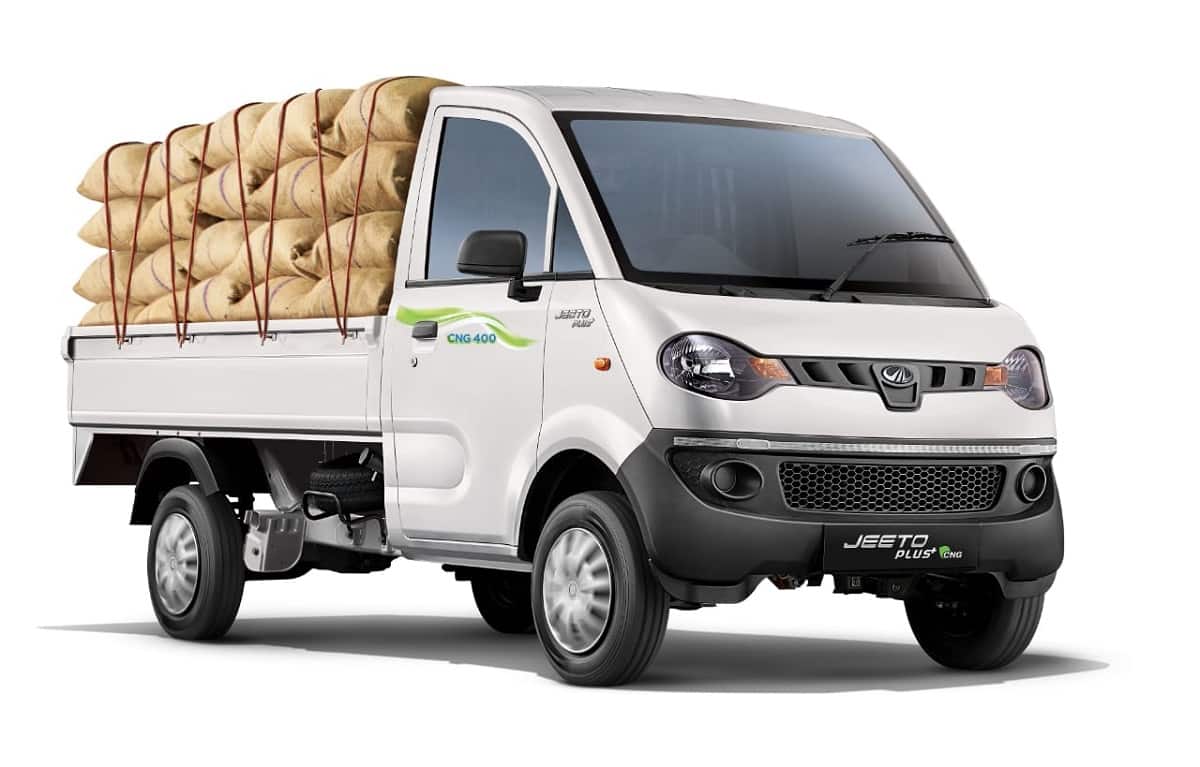 Mahindra & Mahindra is aiming to expand its SCV customer base with the launch of the new Jeeto Plus CNG CharSau, which will be an addition to its existing Jeeto Plus range.

The new Jeeto Plus CNG CharSau comes with a claimed range of 400km with best-in-class mileage of 35.1 km/kg; load carrying capacity of 650kg.

The company has launched at an introductory price of Rs 5.26 lakhs (ex-showroom, Pune), and is targeted toward last-mile connectivity and logistics needs of transporters.

In terms of performance, the Jeeto Plus CNG CharSau produces 15 kW of power and torque of 44 Nm at 1600 – 2200 rpm. This the company says provides superior pick-up, acceleration and gradeability. Mahindra says it has the lowest maintenance cost and the ability to carry varied load options effectively, the New Jeeto Plus CNG CharSau will deliver up to 30 percent higher profit than the market offerings.

Amit Sagar, SCV Division Business Head, Mahindra & Mahindra said, “Mahindra has been the market leader in the SCV segment for over two decades. We understand the growing challenges of the transport business and constantly strive to provide suitable solutions in line with the evolving demands of our customers. I am confident that, as with other Mahindra products, the new Jeeto Plus CNG CharSau will open up new business application for CNG vehicles. Our customers can now travel long distance and even go intercity without having to worry about refilling at shorter intervals. This will go a long way in helping our customers prosper in their businesses because of its excellent suitability for their specific requirements.:

The SCV will be manufactured at Mahindra’s Zaheerabad plant and will come with a warranty of 3 years/72,000km (whichever is earlier).

According to Sagar, sales in the SCV segment has returned to pre-Covid levels. He estimates that the average sales in the SCV segment is around 16,000 units a month, with almost 30% demand coming for CNG models. In terms of target market for the new Jeeto Plus CNG CharSau, Sagar says he sees strong demand from Delhi-NCR, Western UP, Ludhiana, Chandigarh, parts of Haryana, Gujarat, Mumbai, Pune, Vidarbha, Chennai, and Bangalore.