Kia Carnival six-seater launched in India for ₹28.95 lakh. The South Korean carmaker has discontinued the nine-seater variant of the Carnival, and the MPV is available in six, seven, or eight-seater configurations. 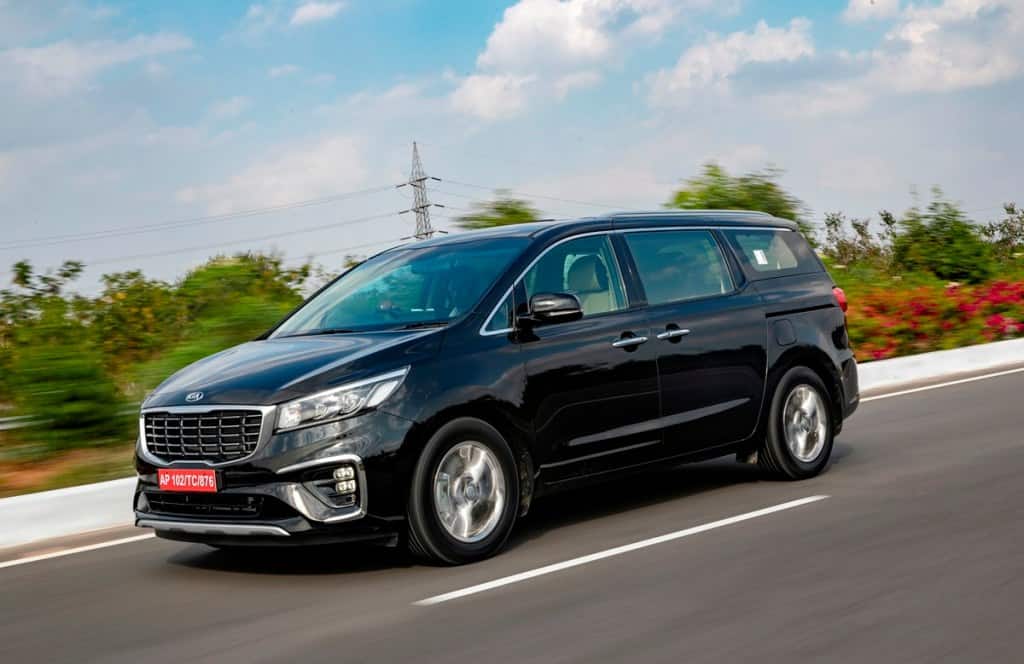 After the new revamp in its lineup, the Kia Carnival is available in a total of four trims – Premium, Prestige, Limousine, and Limousine Plus – while the vehicle itself is being offered in six, seven, or eight-seater configurations. The new six-seater version of the Kia Carnival aims at elevating the luxury quotient, as the captain seats in the second and third rows offer better comfort. The six-seater also offers more boot space compared to the other seating configurations at 540-litres, and when the seats are folded, the Carnival offers 2,759-litres of space.

Also Read
Ashok Leyland bags mega order for 1,400 school buses in UAE
Datsun wasn’t Redi, but made to Go
Nitin Gadkari bats to mandate 6 airbags for cars with capacity of 8 passengers
The reinCARnation of Skoda and Volkswagen in India

In terms of power, too, the new six-seater Carnival retains the 2.2-litre four-cylinder diesel engine that makes 197 bhp and 440 Nm of torque with the help of an 8-speed torque converter automatic gearbox that powers the front wheels.