Kia Carens makes world debut. The new seven-seater from Kia will be launched in India early next year and gets a choice of diesel and petrol engines. When launched, the new Kia Carens will compete with the Mahindra XUV700, Tata Safari, Hyundai Alcazar, and the MG Hector. 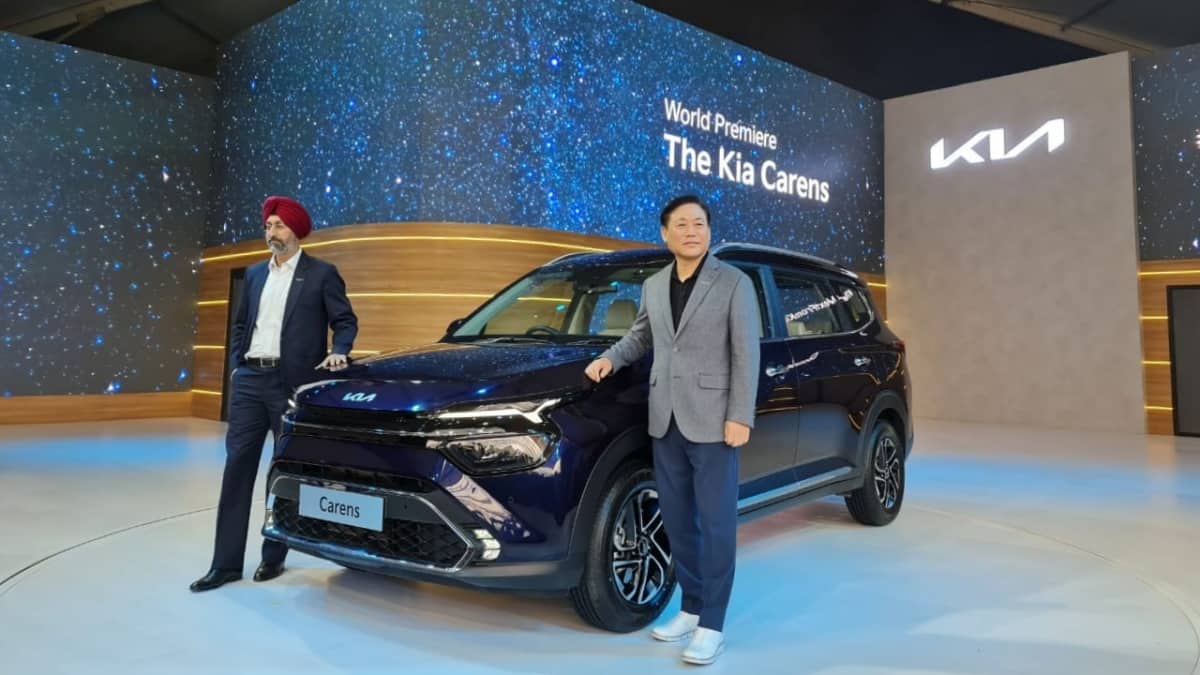 The much talked about Kia Carens makes its world debut. The seven-seater Kia Carens will be the South Korean carmaker’s fourth product offering in India after the Kia Seltos, Carnival, and the Sonet. The Kia Carens was showcased earlier in the form of teaser images and sketches, and this is the first time the carmaker is officially unveiling the new seven-seater offering. Kia will launch the Carens in India early next year.

In terms of design, the new Kia Carens features the company’s ‘Opposites United’, design philosophy. The Kia seven-seater gets a split front LED headlight design, Kia’s signature ‘Tiger Face’, LED DRLs and tail lamps, and an LED strip across the boot. Similar to the other Kia models, the Carens portrays a sporty, muscular design. Also, the Kia Carens will offer the longest wheelbase in the segment.

Speaking of features, the new Carens is loaded. The seven-seater Kia gets a 10.2-inch infotainment system with connected features and smartphone connectivity, a sunroof, wireless charging, cruise control, an 8-speaker Bose music system, a rear seat table with cupholders, digital instrument cluster, a flat-bottom steering wheel, air purifier, one-touch folding second-row seats, and more. Also, in terms of seating, the Carens will be offered as a six-seater with captain seats or with seven seats.

Kia will offer the Carens in diesel and petrol engines. Although not revealed, Kia is expected to offer the Carens with the same 1.5-litre petrol and diesel engines from the Seltos, with manual and automatic options. Kia has also revealed that the Carens will get a DCT gearbox, hinting at a 1.4-litre turbo petrol motor. The Carens will also have three drive modes: Eco, Normal, and Sport.

Kia has ensured that the Carens is a safe vehicle. The new Kia will be offered with 6 airbags as standard, a tyre pressure monitoring system, electronic stability control, vehicle stability control, hill start assist, downhill brake control, disc brakes for all four wheels, ABS, and EBD. When launched early next year, the new Kia Carens will compete with the Mahindra XUV700, MG Hector, Tata Safari, and its closest sibling, the Hyundai Alcazar.